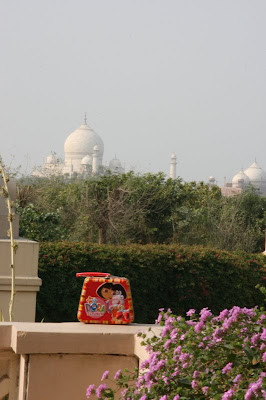 Room with a view
Itinerary:

"Feb 11: Agra. Morning - Start your exploration of Agra with a half day city tour of Agra. The tour includes a visit to Itmad -Ud —Daulah’s tomb, built by the Mughal Emperor Jehangir’s queen as a memorial to her father. It has beautiful ornamentation with ‘Pietra Dura' inlay and lattice marble screens. The mausoleum rests in a walled garden with a view of the river Yamuna. Constructed in the year 1628, most historians believe that its design provided the inspiration for the Taj Mahal. You then visit the original red sandstone fort in North India, the Agra Fort. It was built in 1565 by Emperor Akbar, the greatest Mughal ruler of India. Its maze of courtyards, marble mosque, and private chambers all serve as reminders of the grandeur of the Mughal Empire." 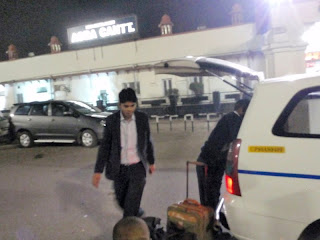 We arrived at the Agra train station close to midnight, and are met by Shiva, the local "Easy Tours of India" facilitator and our driver. They think we have too much luggage. I can read it in their faces. They get us to the hotel, checked-in. and finally to bed in the wee hours of the morning. 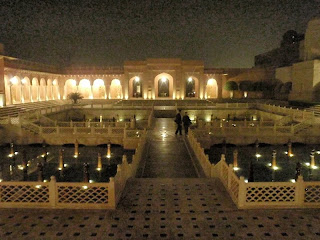 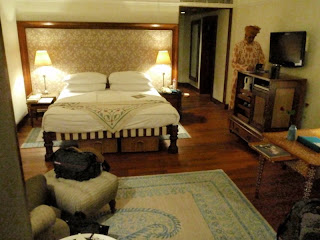 Room
We are staying at the Oberoi Amar Vilas, our first Oberoi experience. 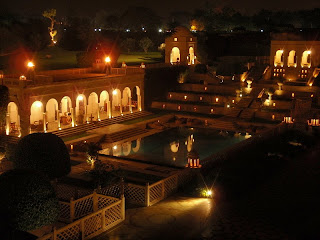 This is the view from the room terrace when we checked it, and the picture at the top of the post is the sight that greeted us from the balcony in morning light. 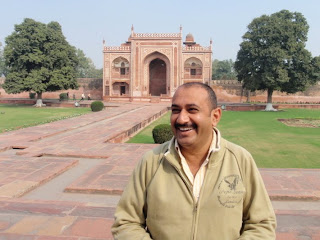 We are reunited with Shurveer, our guide in Delhi. He will be our guide and coordinator for the rest of our tour in India. I think he has a passing resemblance to the actor Bob Hoskins - at least - a younger, fitter version. Sigrid does not see it at all.

Shurveer takes us on a tour of Agra with a view toward providing some historical and architectural context prior to visiting the Taj later in the day (separate post). 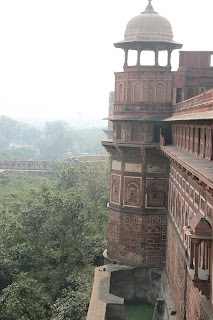 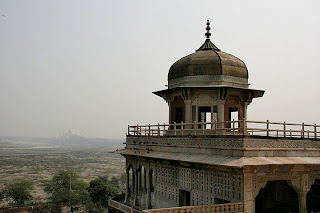 Over the course of getting to Agra, touring Agra, and enjoying our hotel, we kept running into the same couples. and decide to get together for dinner. It was great fun, great food, and I was able to release some pent-up demand to pontificate about presidential politics. 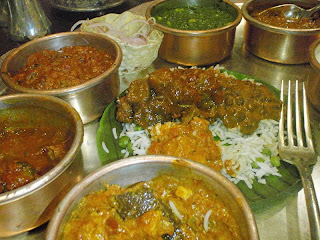