My grandparents bought the Shag Lake property in 1956. I was 3 years old. I have been to the lake almost every year since, often multiple times per year. Which all goes to say there is not much to surprise me (outside of weather and water levels) about Shag Lake.  But I was surprised by a close look at a google satellite map: 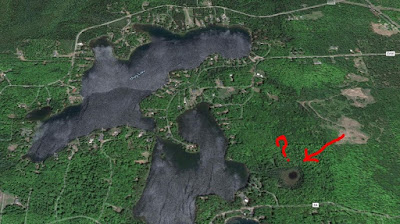 The map revealed a water feature at Shag Lake I wasn't aware of before. It looks like a good sized open water pond in the middle of a clearing, with no homes, roads or paths to get to it.  I was familiar with the closest point of the main lake to this pond. A shallow inlet, protected by fallen timber, favored by turtles, frogs and small fish. The question: With this record high water level, would it be possible to take a canoe or kayak into the pond? 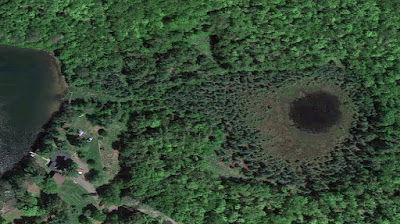 It was our last day at Shag before Dad and I would drive back to Chicago. There was no rush to get home, so Robyn, Jeff, Dad and I mounted an early expedition to see if we could find a passage to the pond. This meant tying the canoe to the pontoon boat, towing it over to the inlet, anchoring on a fallen log, and canoeing in search of access. 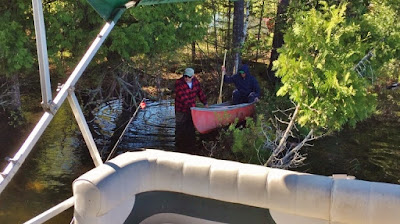 Robyn and Dad held down the fort on the pontoon boat while Jeff and I proceeded into the Shag Lake heart of darkness. 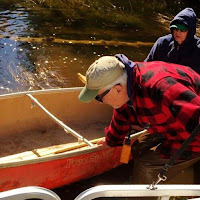 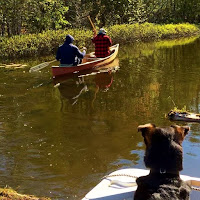 So, long story short, we couldn't find a water route to the pond. We did make our way into someone's drowned backyard, where I set off overland. More accurately, sloshing over swamp in my waders to find the secret pond.


And find it we did. 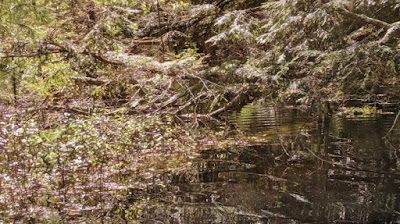 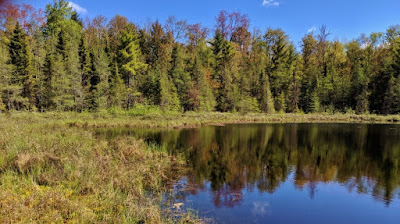 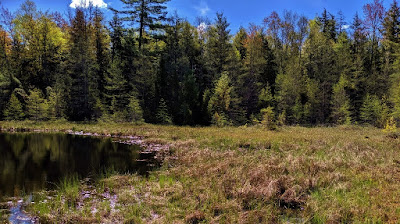 This natural feature is a "Northern Tamarack Swamp" or "Poor Conifer Swamp" or a transitional environment that encompasses aspects of both. You can learn more than you ever want to know about either at the above links: