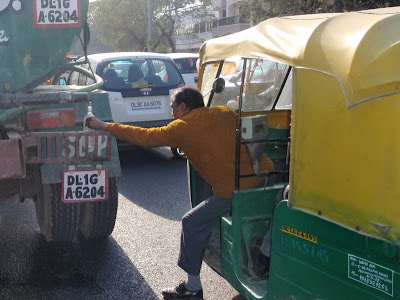 "Start your exploration of India with a city tour of Old Delhi that includes visits to the Jama Masjid (1650 AD) which is the largest mosque in India, and the amazing Red Fort (1639-48) which was the seat of the Moghul Empire for more than 250 years. Enjoy a rickshaw ride along the alleys of the ancient bazaar at Chandni Chowk. You also visit the cremation site of Mahatma Gandhi (Raj Ghat). Enjoy a city tour of New Delhi that begins with a drive past Safdarjang's Tomb (1753 AD) while driving to the Qutab Minar (1193 A.D.) which is a striking medieval tower of victory of Persian architectural style and is 239 ft high. Within the Qutab complex, amidst the ruins of Quwat-ul-Islam mosque, stands the Iron pillar which has stood the vagaries of weather and has not rusted over 1500 years. Later, visit the Tomb Moghul Emperor Humayun and then drive through Lutyens New Delhi which includes the Embassy area (Diplomatic enclave), Government buildings, India Gate, a golden domed Sikh Temple (Bangla Sahib Gurudwara), Birla Temple and Connaught Place, which is New Delhi’s main shopping area."

Our guide Shurveer must have wondered about the the number of sites on the day's itinerary. He diplomatically asked whether we wanted to spend more time at any one site or just see how much we could get it. Sigrid opted for the "get as much in as possible", and we were off and running. I am familiar with the "Power Tour" concept, but am usually on the "giving" rather than "receiving side". 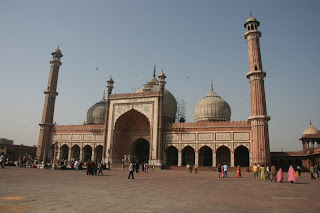 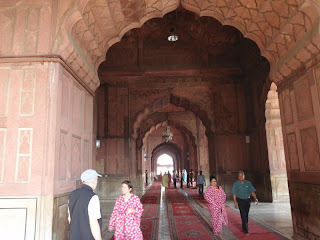 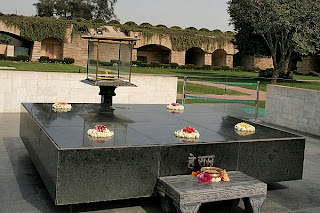 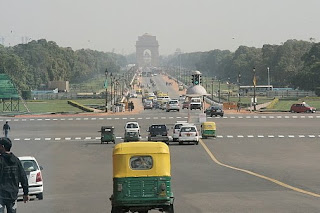 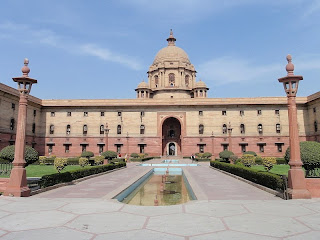 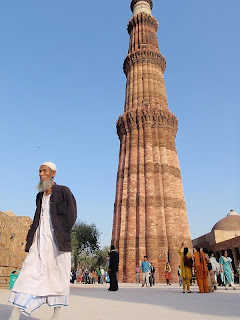 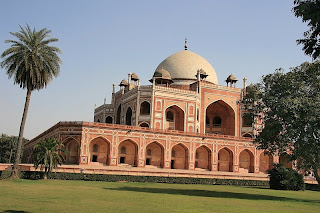 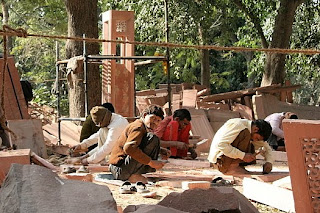 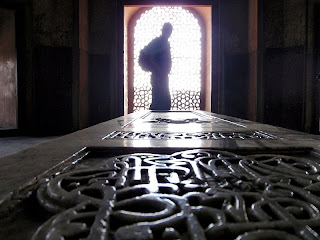 Editors Note: A lot of these are on "must see" list for tourists, so we knocked them out in a day. I am running behind on the blog, so posted a selection of pics, and will add captions later.

Editors Note 2: I am actually posting from Varanasi - I woke up at 4:00 AM to watch the Superbowl. It is not on. Soccer, tennis, cricket and basketball are all on, but no Superbowl. Go figger. I can see from the Intertubes that the Colts are winning 10-3. I'd miss the second half anyway. Heading out for the dawn rituals on the Ganges River.
Posted by mw at 4:18 PM

Saw Palin on your site and assumed soma was part of the tour.

I think my e-mail posting address was too easily guessed and hacked. Or I was sabotaged by a co-blogger undeserving of my trust. Changed the e-mail now - we'll see if it happens again. If it shows up during the ganja meditation tour, I'll have to blame a previously unknown alter ego.