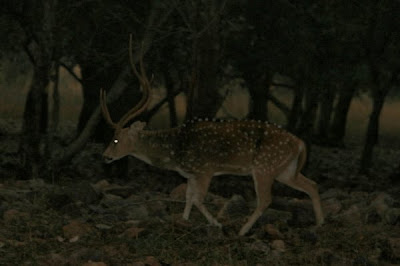 "Feb 13: Ranthambore. Covering an area of 410 sq. km, Ranthambore runs along the eastern spur of the Aravalli mountain range till they meet with the Vindhya ranges. Ranthambore used to be the private hunting ground for the Royal family of Jaipur. In 1972 it was declared a Sanctuary and was brought under the Project Tiger Conservation platform. Dry deciduous forest covers open valleys with lush vegetation around the lakes in this park, and there are open grasslands on the higher slopes. This varied flora supports a large number of animals including a variety of deer, the sloth bear, the shy caracal, leopards and of course, the tiger. Enjoy wildlife safaris' into the park in the morning and evening.

In between safaris' you can visit the jungle fort at Ranthambore. This is one of the finest examples of the ancient Hindu concept of "vana—durg" a fort protected by a jungle. The history of this Fort (first built in AD 944) is a chronicle full of tales of blood and valor. Occupied by the Muslims, Rajputs and Mughals, the insides of the fort today lie in ruins, but there are superb views of the park to be had from the ramparts."

We are up before dawn and meet Batti our guide and Kaushel, our driver for our first game drive in Ranthampore National Forest. We have three drives planned during our stay. Here is the deal. There are 1,411 wild tigers left in India, according to the "Save Our Tigers" campaign. About 40 live in the Ranthampore National Forest, which is close to the maximum population the park can support at its current size of 400+ square kilometers. This is probably our best and perhaps only chance to see a tiger in the wild.

We enter the park at first light on a cold foggy morning. Sigrid and I are the only tourists in an open jeep with room for six. The park is intensively managed, as it must be if the tigers are going to have a chance to survive. Every vehicle in the park must have a guide and driver certified from the park service. Each vehicle is assigned a specific section and time limit that they are permitted to be in the park. We will be exploring section 2 and the drive will last about four hours.

I won't hold The Reader in suspense. We saw no tigers on this drive. It is a fascinating park, and it was a great drive with many interesting sightings of birds and animals. But no tigers.

Some shots from the drive: 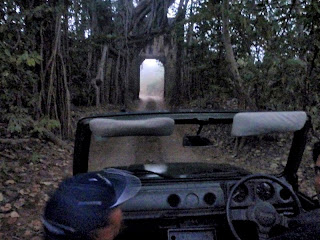 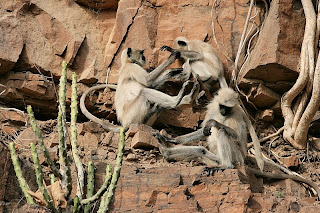 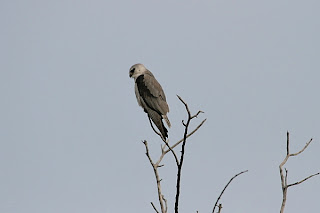 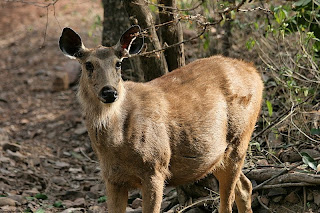 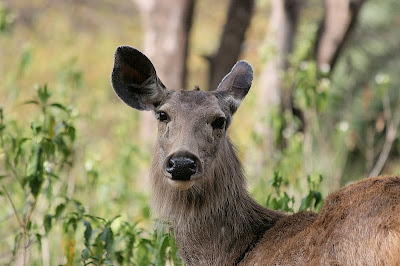 Sambar are slow, fat and stupid - just the way tigers like them. 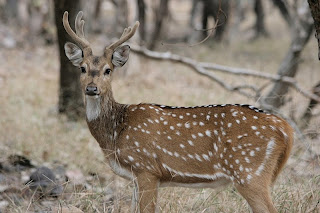 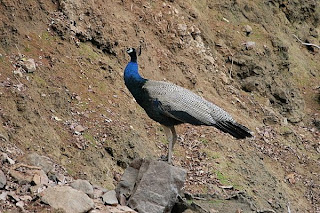 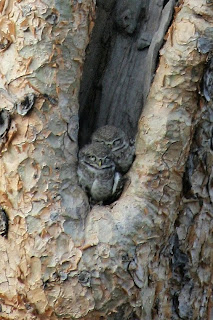 nesting spotted owlers
As we exit the park, our guide learns that a tiger was spotted in section 3. He tries to get permission to take us over there, but no dice. Back at the hotel over breakfast, other visitors regale us with the morning sighting. It was T19 (each tiger is identified by a number), a mature female that is one of three tigers in the park wearing a radio collar. Apparently she walked six feet away from the jeep. We knew there was a real possibility that we would see no tigers on this visit, and thought we were prepared to enjoy whatever the game drives offered us. But after listening to the morning stories, we now knew we would be very disappointed if we did not see a tiger.

After breakfast, it was back to the park with Shurveer, for a tour of the Ranthambore Fort. 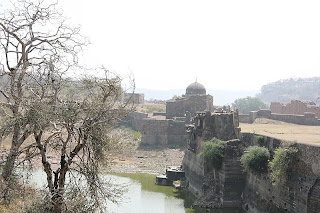 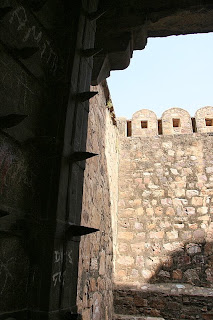 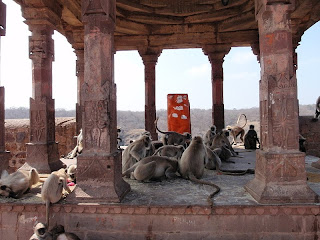 monkey's everywhere
At the top of the fort there is a temple to Ganesh, son of Shiva. Shaveer makes a offering in the temple: 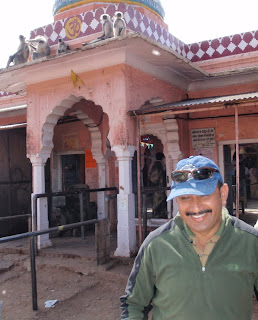 We are hoping it will bring us luck and a tiger sighting in the afternoon game drive.
Posted by mw at 3:52 AM