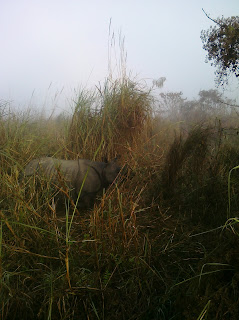 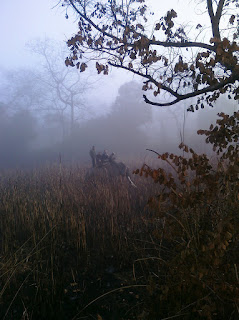 I took these using the Palm Prē during our last elephant back Safari on Thursday morning 25-Feb. We've got much more from our two days in the park, but thought I'd que these up in case I run across a friendly wi-fi hotspot during the long journey home. Most likely these pics will post when we are between flights in Newark.

-- Sent from my Palm Pre
UPDATED:
As expected, this was originally posted when the Palm Prē finally reconnected to the Sprint network during our brief layover in Newark on the 27th. I'm updating this post to correctly back date it in the blog on the date the pictures were taken, edit the title, correct typos, and add a few more pics from Sigrid's camera and mine.

This last game ride on the elephants was during a cool and foggy morning, which added an otherworldly quality to the experience. The ride also offered our closest rhino encounter. Anyone familiar with the Prē camera (or any cell phone camera) can appreciate that they are fixed with a wide lens - meaning "objects are nearer than they appear" in the pictures. The rhino in the picture above was extraordinarily close and directly in front of our elephant - no more than fifteen feet or so. It was the wrong camera for the shot, but it was what was in my hand. OTOH, Sigrid had a long lens mounted on the Canon, a split second to get the shot, and this result: 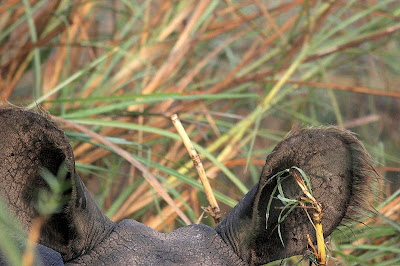 We had better luck with some other shots and clips that morning:


Talking and texting while driving
Home in San Francisco, you can get a traffic ticket for this. Actually this was pretty important. Our driver was getting updates on the whereabouts of the wild elephant. We learned he was on our tail shortly after leaving the lodge area. This prompted an increased pace until we crossed the stream, and he lost our scent. 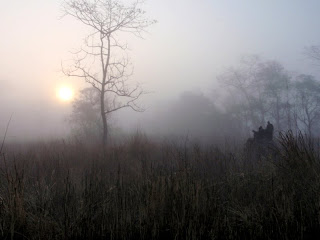 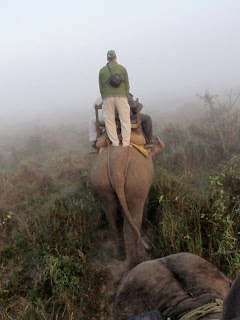 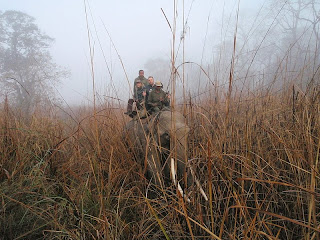 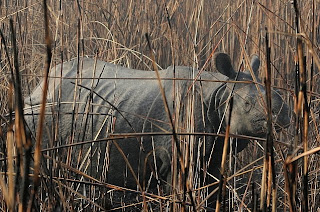