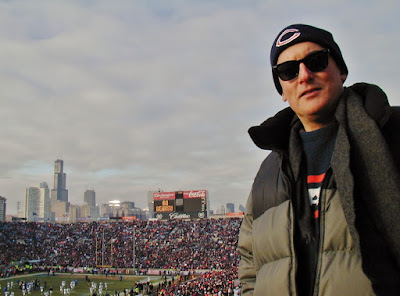 Quite a season for DaBears. Winning the NFC North, Dick Jauron as Coach of the Year, a Brian Urlacher led defense giving up the fewest points in the NFL and a competent quarterback in Jim Miller (which is all the Bears ever need) finished with a 13-3 record. The only disappointment this season were the losses to the rival Brett Favre led Green Bay Packers. Bears would face the Wild Card winning Eagles in the playoffs. 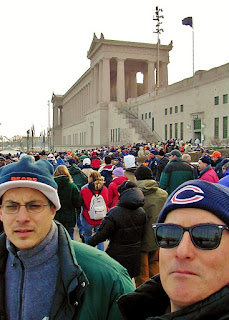 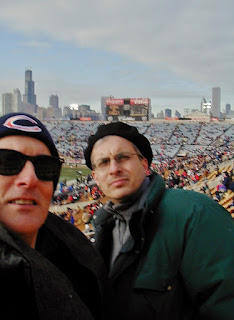 Harlan and I decided to go to Soldier Field and get scalped for the game. 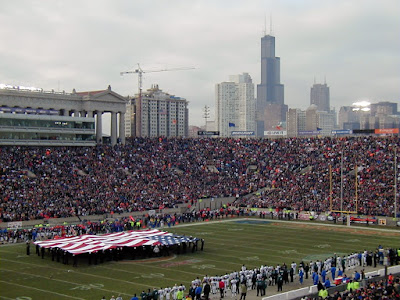 The playoffs and season were delayed a week after the 9/11 attacks cancelled and rescheduled a couple weeks of the season. The game was also significant as the last game at Soldier Field before the old stadium underwent a major redesign. 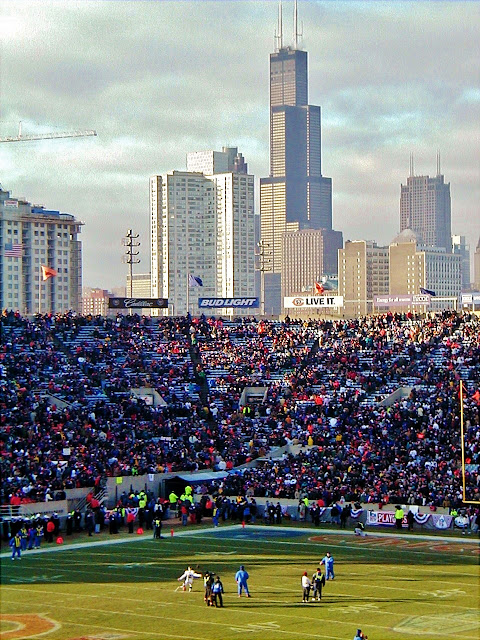 Bears were playing at home and  favored over the Philadelphia Eagles in the NFC divisional playoff. We had high hopes. 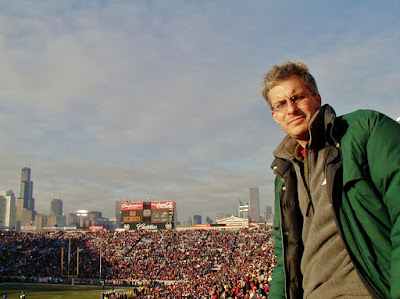 The game didn't turn out the way we would have liked. The ESPN Recap:

"The Bears, who gave up the fewest points in the league this season, head home, disappointed after winning the NFC Central and making their first playoff appearance since 1994... McNabb, who grew up in the Chicago suburbs and once played in a prep championship at Soldier Field, completed 26 of 40 passes for 262 yards and rushed for 37 more in the last game at the venerable lakefront stadium before it undergoes a major renovation. McNabb was resilient the entire game against the team he rooted for as a child.


"I think Donovan showed that in the biggest games what he's all about. That's all part of his journey," said Philadelphia coach Andy Reid, whose team lost in the divisional playoffs a year ago. "We just weren't on the field that much," Bears offensive tackle Blake Brockermeyer said. "McNabb just killed us. We had him wrapped up many different times and the guy just made plays."

Couldn't say it any better than that. "McNabb just killed us."


Better luck next time. I doubt the Bears will face the Eagles in playoff game again anytime before 2019.