After a month-long hiatus, I'm going to have to go some to keep pace with my 2018 Golfing Resolution of playing at least half as many rounds as the President of the United States. For the Independence Day Holiday Week I decided to play three EssEff muni's in five days (I need a day off in between). 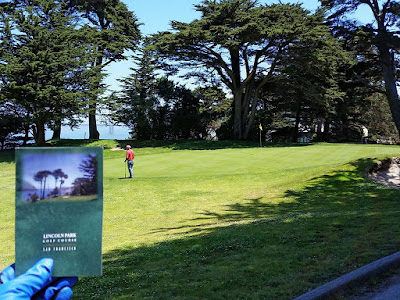 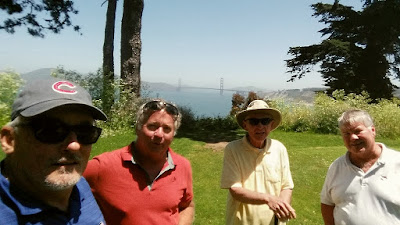 Played with Captain Jim, "Pops" and a random single (John?) who caught us mid round. 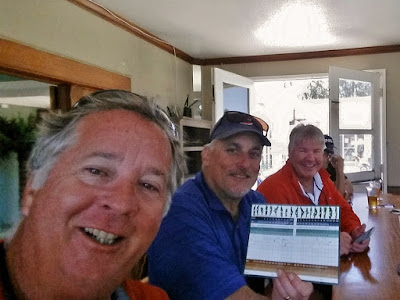 Smoke from fires in the North Bay blew south and mixed with the marine layer to create an odd lighting effect, even as far South as Pacifica. 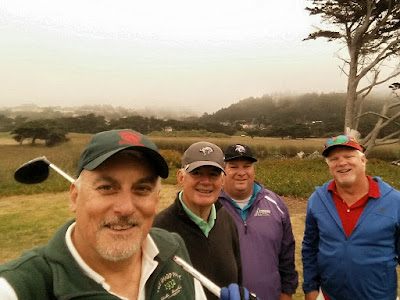 The final Jewel in our Triple Crown was TPC Harding Park on July 3.

Played with OB1, OB2, and Stuart. Cubs were playing Detroit while we were on the course, so OB2 and I were showing our colors. Cubs won. As it turns out, that was my highlight of the round. 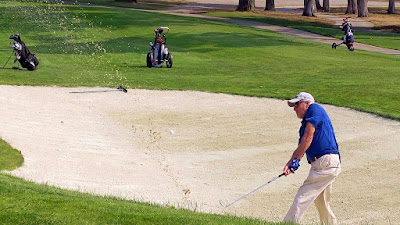 I spent a lot of time in the sand, but then so did Stuart:

And OB2 spent some time with a 2nd shot [arguably] behind the Women's Red Tees:

OB1 just looked good out there: 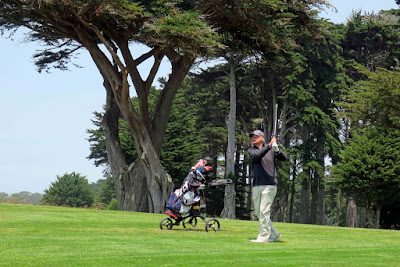 The most drama occurred on 16, where OB2 and I had birdie putts in a duel that was reminiscent of the Tiger Woods / John Daly playoff at the 2005 AMEX Championship:

Conditions were tough, but the "Perfect Manhattan" served up by Bartender Mike at the 19th Hole was, well - perfect. 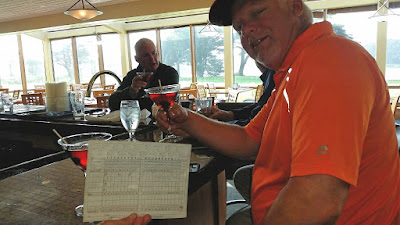 
----------------------------------
Blogger Notes: I apparently forgot how to blog over the previous month. Putting this long post out there with the hope I will blog forward and backward in time from here, eventually filling in the missing month. A lot happened last June. We can only hope.