Status:
42 nautical miles to the harbor in San Miguel. 822 nautical miles to Lisbon. Mostly sailing since leaving Horta. 19- 25 knots of wind. Some squalls overnight and another one on the horizon.
Before departing Faial Tuesday morning I took the opportunity to join an 8:30 AM whale watch tour aboard a zodiac with Pedro's Horta Cetaceos. 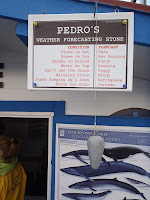 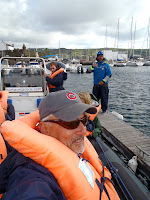 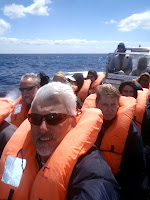 It was a bone-jarring ride to the South side of Pico Island but worth it for some spectacular sightings and (relatively) close encounters. 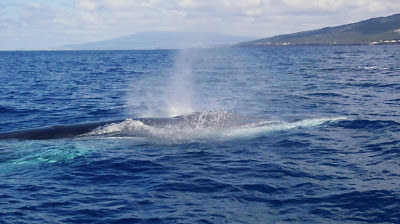 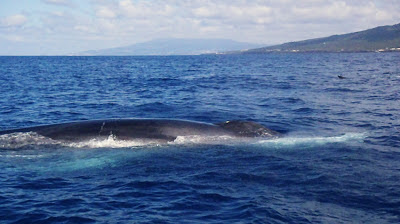 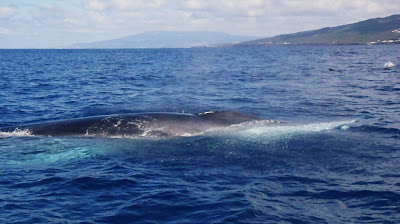 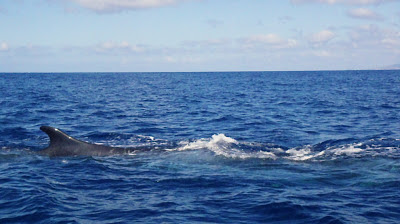 Worthy of a stand-alone post which I will update on the blog with video at some unspecified time in the future. 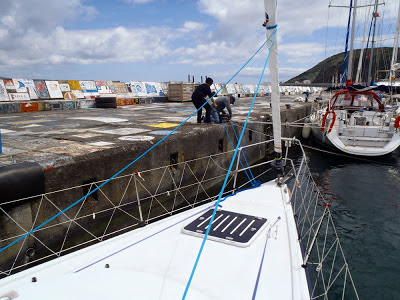 At 3:00 PM we extricated ourselves from the double mooring, motored over to the marina office, re-docked, and checked out. 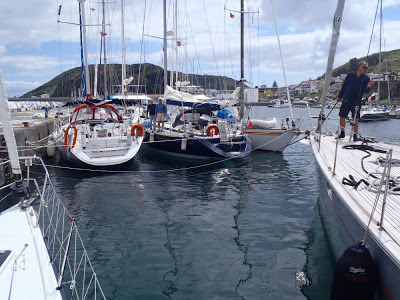 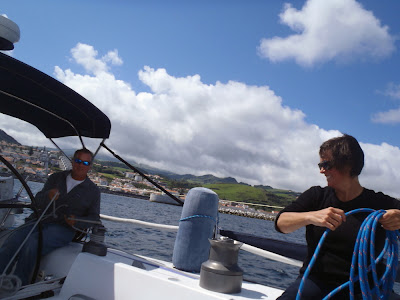 By 3:30 we were underway and heading for Sao Miguel Island. 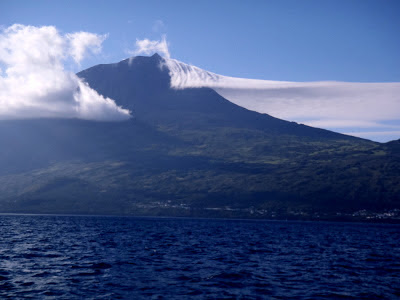 A sunny pleasant sail around the south side of Pico Island following the same route of the zodiac whale watching tour earlier in the day.

It'll be a 3 person watch rotation until we pick up Bob - two hours on, four hours off. We figure it will take Bob about the same amount of time traversing airports and flights from California as it will take us the to sail the 108 miles to Sao Miguel. We should be back to a four man crew in a few hours, then on to Lisbon and the end of our transatlantic passage.

Addendum:
It looks like we got out of Faial just in time. 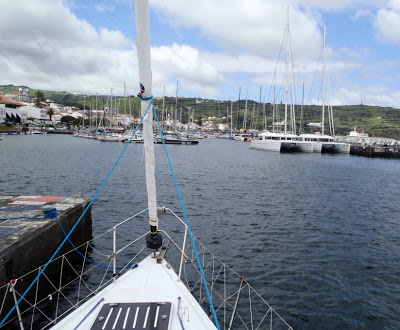 As we departed we noticed the notorious catamaran Firefly ominously lashed to another catamaran of similar design. No doubt the Reavers aboard were already feasting on their brains.  A fate we narrowly avoided only a few days before.