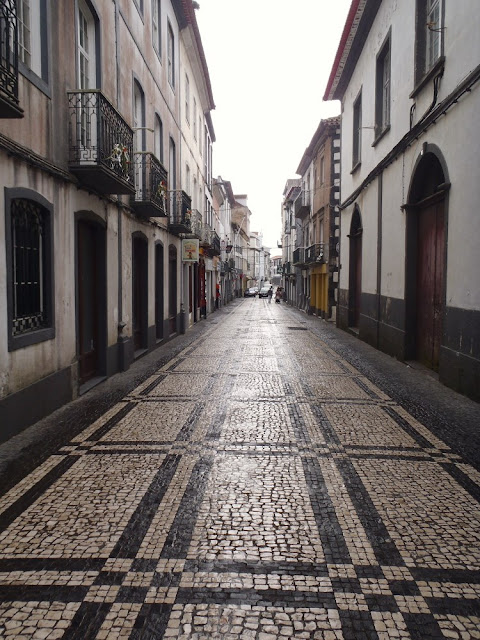 Status:
33 nautical miles out of Ponta Delgada Marina on Ilha de Sao Miguel with about 800 nm ahead of us to complete our transatlantic sojourn. Sailing in 20+ knots of wind.

The blog is running a little behind due to a debilitating hangover suffered by one of the crew (who will remain nameless). We were 22 hours sailing from Faial to Sao Miguel Island and spent 18 hours on the Island before setting sail again this morning.

Our passage between the Azore Islands was notable for the three man crew and 2 hour on / 4 hour off watch rotation. I was surprised at the difference. We were all accustomed to the rhythm of life aboard with a the four man rotation. Our crew usually awaken on our own - standing by and ready at the watch change. Everyone had to be prodded awake for their watch during this short island hop. We sailed most of the way, motoring only to charge batteries and for a few short lulls in the wind. It started with a pleasant sunny sail around Pico Island. Once out of the island's protection we were in shifting gusty 16 -25 knot winds with big confused swells most of the night. The short crew*, quick rotation, and weather kept Captain Jim even more on edge than usual. This may have contributed to his decision to give the crew shore leave in Ponta Delgada Marina. 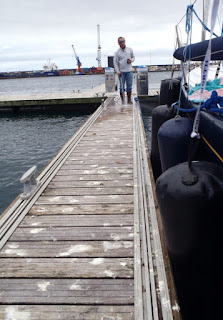 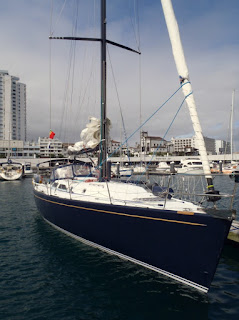 We arrived around 1:30 PM and found Bob waiting for us at the greeting dock. After we secured Morpheus safe and snug in her slip we set out to explore the neighborhood. Which - with this crew - means bars and restaurants and more bars. Another oddity of the shift change is that none of us felt much like eating during the passage.

We had little more than trail mix and oranges since leaving Faial. Now on land, those who arrived by boat were pretty darn hungry. This triggered a Hobbit-like* dining schedule while on shore. 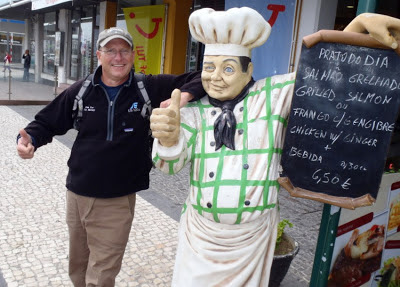 First Dinner:
First stop was at a cafe directly across from the Marina Ponta Delgada. Their "Happy Hour" special was a selection of tapa-like appetizers and a medium beer for 2.50 euros. A good deal. We each ordered a beer and tapas plate, then ordered another beer and tapas plate. Among the tapas shared - octopus salad, shrimp, conch salad, lima beans, snails, new cheese, and French fries. It was all good. Perhaps an indicator of how hungry I was - I forgot to document any of the dishes. 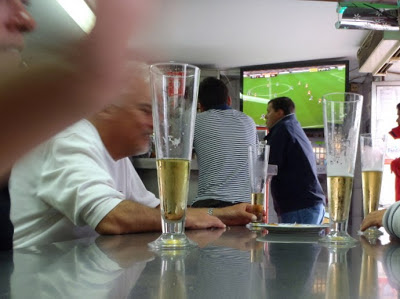 Tweensies:
After wandering a bit, we found a small neighborhood bar with a big screen TV. A big soccer match between Chelsea and Benefica was on tap. We joined the crowd and cheered for Benifica. Beer and batavas bravas (spicy potatoes) softened the blow of Benefica's heartbreaking loss. Despite outplaying Chelsea the entire game, they were beaten on a sloppily defended goal during the last penalty minute of the game. 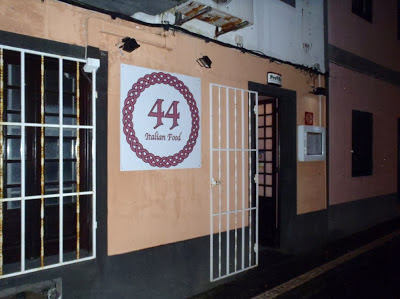 Second Dinner:
An Italian place called 44 - presumably named after our current president. Or maybe because that is their street address. I couldn't say. Kim found it during our earlier meandering and noted the pasta carbona on the menu. Bacon! That decision was made. An intimate dining room, good service and great food. 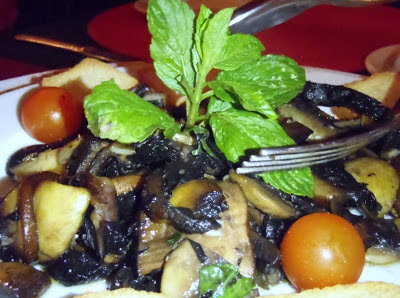 We started with garlic bread, olive & tomato brucheta, and grilled porcini mushrooms. I was the only one that did not order the carbonara, opting instead for a pasta dish recommended by our server. 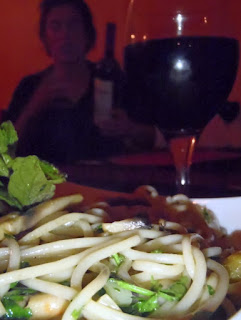 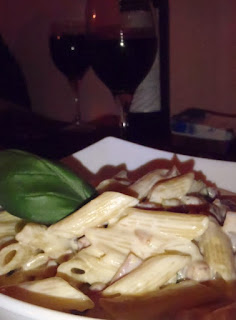 I'll never remember the name of the dish, but fresh mint was among the herbs and spices. Dinner was accompanied by several bottles of good Portuguese red. Everything was truly excellent - prepared and presented with care. After accepting our effusive compliments Philip the chef offered us a coffee / coffee bean infused liqueur of his own concoction. Exactly the kind of thing you never want to have more than one when finishing a long night of eating and drinking. 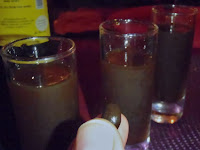 Quote of the Day:
"I like it!" - Saint Michael after his fourth shot of Chef Phillips coffee liqueur.


*Not intended as a slur about any particular crew member who may or may not be a member of an altitude challenged protected class.