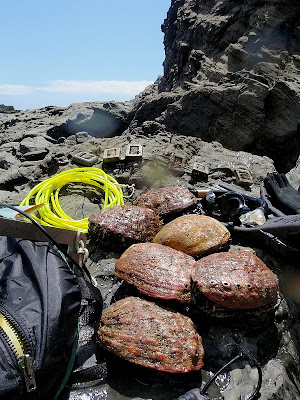 The Haul
By the time we got to the cove, the sun was out. While the water was not quite as flat and clear as hoped, it was pretty damn good. Eight feet of visibility for most of the dive. Long/short - limit out. My biggest was 9 1/2, Doug's was 9 3/4 9 15/16*. The most productive area was around the point.

On the way in, I retrieved the old weight belt in the picture above. However, I could not locate remains of the diver who owned it. The belt is still on the beach at the bottom of heart attack hill. I was carrying enough weight back to the top of the bluff without it.

The Olympus 1030SW camera crapped out 10 minutes into the dive, which limited the photography. I assumed the camera leaked, but actually it was still functional - only the view screen stopped working. I didn't figure that out until later, so missed an opportunity to shoot pictures of 4-5 abalone lined up in a single hole. The latter shots in this series were taken shooting blind without the viewscreen and guessing where the camera was pointing. Between the the busted Olympus and Palm Pre - this trip was a photographic disaster. OTOH...

Dinner was an abalone sashimi appetizer followed by abalone picatta with polenta (Sigrid's idea and recipe). Prepared the same as veal picatta with lemon and capers, but absent PETA protesters complaining about tortured baby cows. Apparently PETA does not care about tortured abalone. Anyway - an excellent way to enjoy the great white snail. 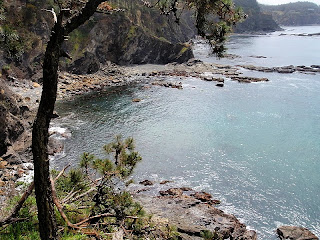 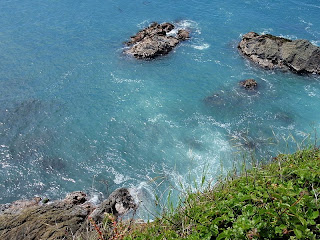 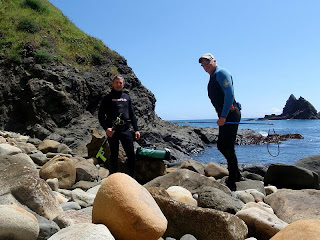 We were a little over-optimistic dragging the spear guns down 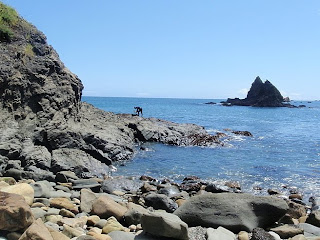 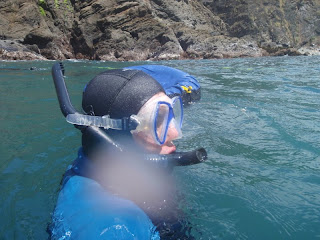 
Some clips before the camera went out 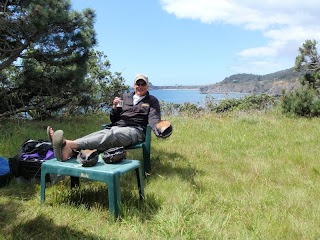 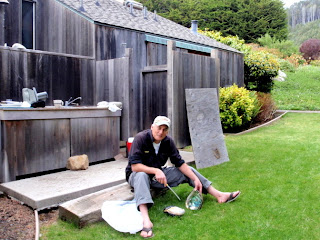 Perfectly popped, soon to be trimmed and sliced for dinner
* Corrected at Doug's request after a more accurate measurement.
Posted by mw at 11:35 PM