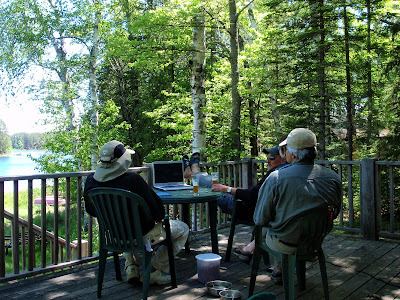 Since this was his first Press Conference in more than a year, and based on his performance possibly the last one he will hold during the balance of his administration - we thought we should catch this very rare presidential event.

We watched on a video feed on the laptop while on the deck. It was good to learn from the President that both the administration is in charge, and that BP is in charge of the gulf cleanup. It was also good to learn that the President would personally hold everyone in the administration accountable, but had no idea that Birnbaum had been fired until the morning of the presser.