I am already in danger of falling hopelessly behind on the pen and paper log of our journey and need help. Brian volunteers. His first entry: 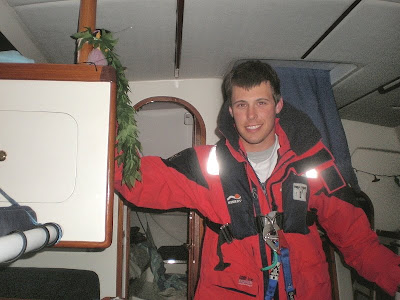 I was shaken awake around 9:50 pm for my watch and was told to put the foul weather gear on. That is not the first thing you want hear upon waking up. It is also not the easiest thing to do, especially wen you are half asleep and the boat is rocking. After a brief struggle and a little help my space suit was on.

I went up for 10:00 - 12:00 pm watch and Captain Jim met me on deck. He killed the engine and told me we were going to sail for few hours. This would allow for a smoother ride and Jim to get some much needed sleep. He briefed me on what I needed to know, stayed on deck with me for another ten minutes (at which point he felt that I wouldn't screw up too much) and went below to get some sleep. 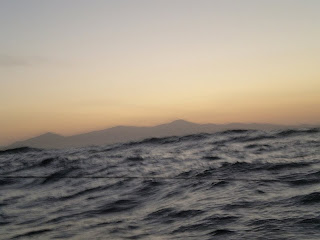 Angry sea in the evening. 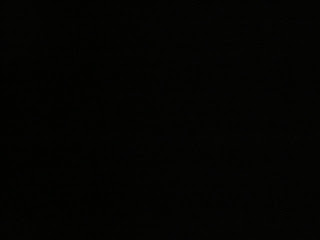 That left me alone under the light of a million stars, on top of an angry sea with 15 foot swells, 5-6 ft waves, and 15-20 knots of wind at my back. I managed to keep us on course and 25 degrees left of where the wind was blowing.

The boat sailed between 4-8 knots during my watch. I got sprayed a little bit when I would stick my head above the dodger to take a look around. Other than that, It was an uneventful watch.

Time to wake up my relief. - Brian