Picking Up Where We Left Off - Touring a Volcanic Island 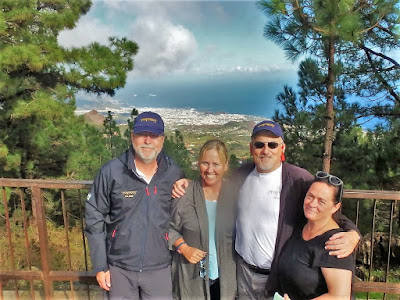 On the original itinerary, today was to be our embarkation date for our transatlantic passage. Concern about low winds and high waves delayed our departure for another day. We spend the morning continuing to pack and prepare the boat before Captain Jim declared Morpheus ship-shape. 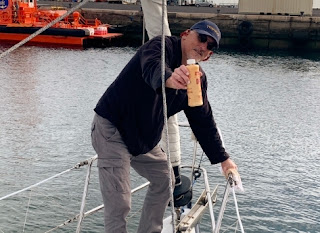 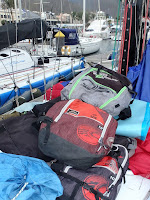 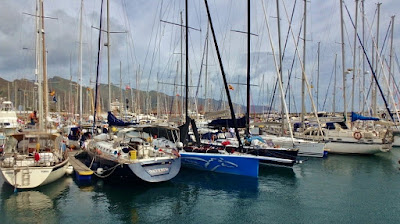 That left us (barely) enough time for a power tour of the island. A few days earlier, while waiting in the airport on the flight to Tenerife, Kim asked a local in line for their recommendations of things to see and do. The answer was succinct - drive to the top of the mountain and go to a black sand beach. After a scramble to find a driver we were on our way. Captain Jim decided to stay with the boat and double check preparations. 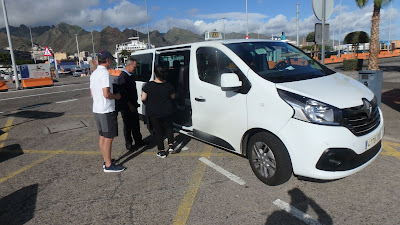 It's been a recurring theme on this west bound transatlantic adventure that we are picking up where we left off after making the east bound crossing five years before.  True for assembling the crew, true for eating and drinking, and it was true for touring a volcanic island. In 2013 it was tour of Faial after we landed in the Azores. In 2018 it is tour of Tenerife before we depart. Some pictures from the day.

We drove through the rain and fog into the cold volcanic moonscapes at the top of Mount Teide. 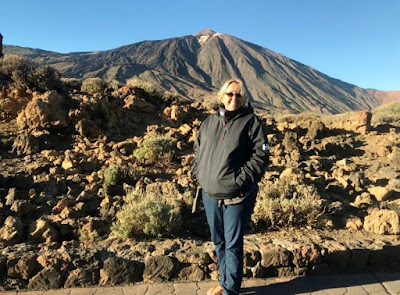 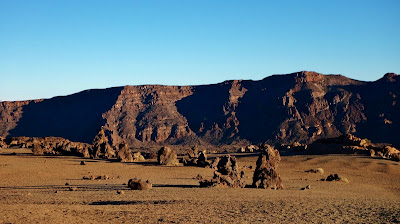 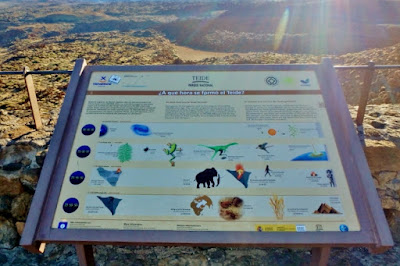 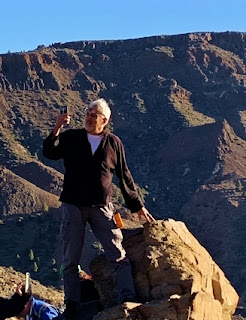 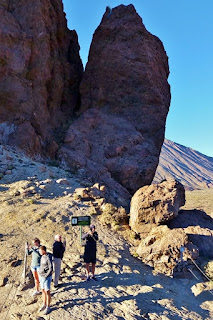 The summit is often shrouded in clouds, but we climbed into sunshine and amazing atmospheric conditions.including an ice rainbow (ice halo? icebow?). 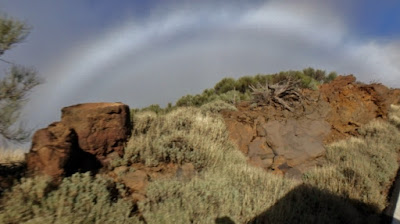 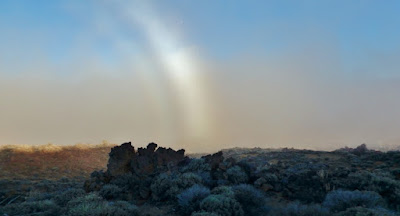 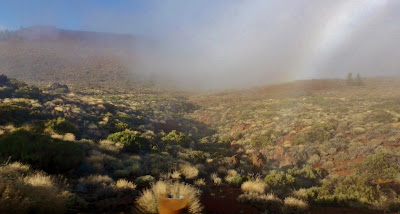 As we cross the summit and descend on the south side of the Island through the Corona Forestal National Park the terrain gets greener, wetter and warmer 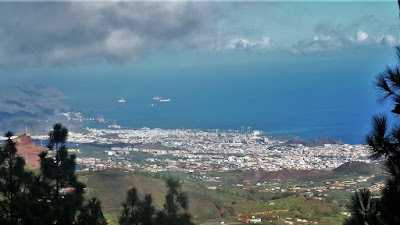 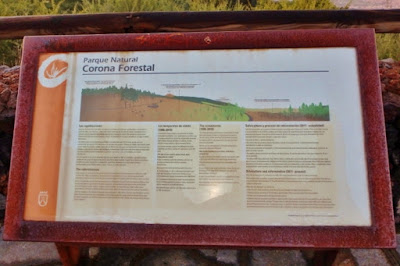 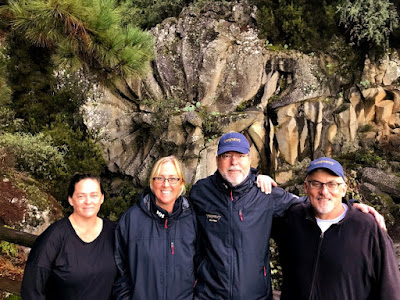 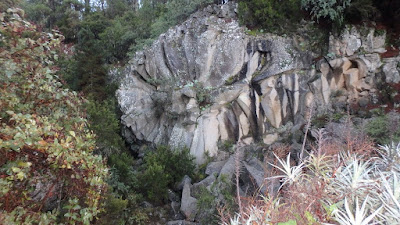 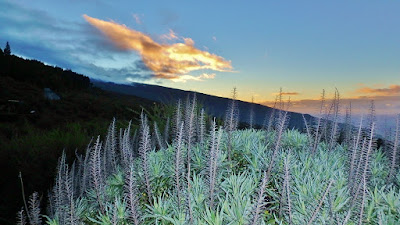 The sun sets, and we find the beaches along the promenade of  Puerto de la Cruz in the dark. 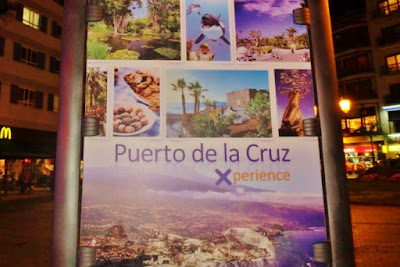 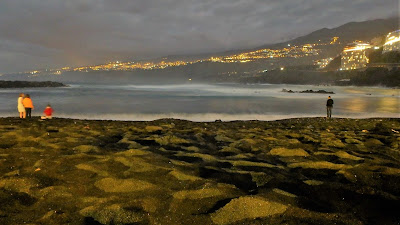 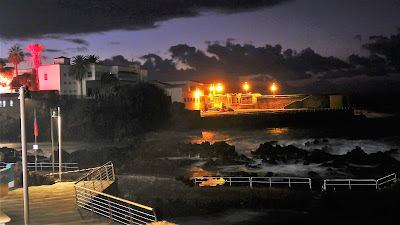 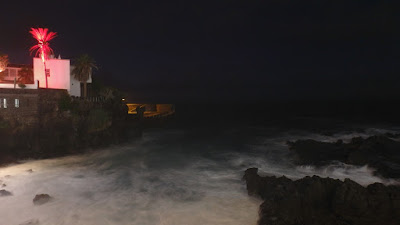 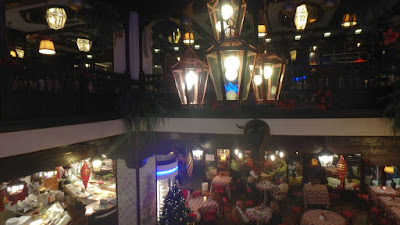