On Our Way - The Adventure Begins

It's departure day. Concerns about inadequate wind and too heavy seas have dissipated. 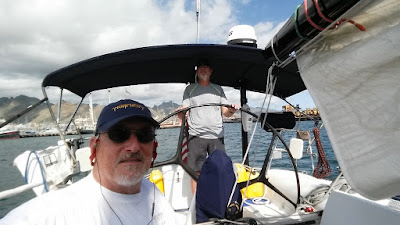 Due to a late run to the Marina office, I was last on board before casting off.  Alas, the replacement for my stolen credit card never made it to the marina - despite arriving on the island four days earlier. So, with time up, time for yet another scrambling phone call back to the US to cancel the card that failed to arrive. Also to request yet another one be sent to our next destination - Antigua about two weeks hence on the other side of a big pond. Fingers crossed. 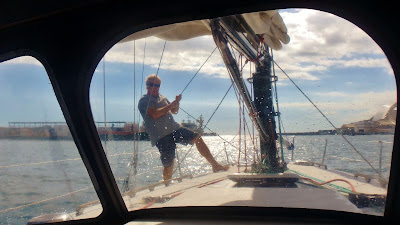 I only held us up about an hour. Since we are already a day behind our intended departure date, I don't think it'll make a difference. 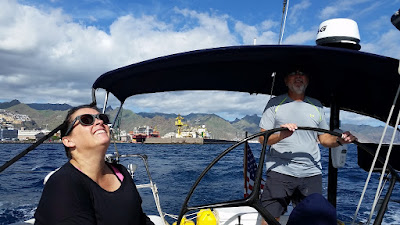 As we set sail and steer along the southern coast I notice that I am still getting a few bars on the cell phone, so one last Facebook update makes it out. From here to Antigua our communication will be limited to text only daily logs / blog entries via SailMail. 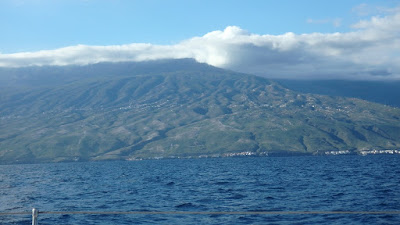 As we head out of Spanish waters, for the first time in a long time, the Spanish courtesy flag came down. 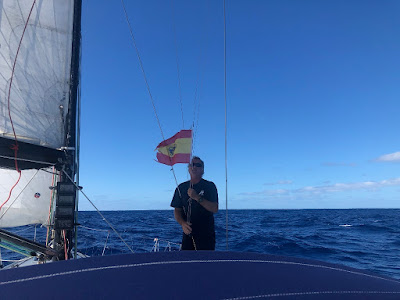 And in the distance, a surprising sight. 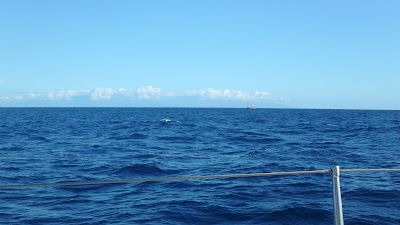 The Santa Maria, our recent neighbor in the Santa Clara Marina is sailing back to Tenerife. An interesting synchronicity as we begin retracing Columbus second voyage. I'm taking this as another positive omen for the voyage ahead. 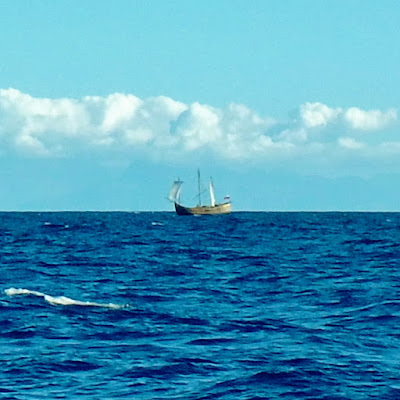 First Mate Deb does not want to let go of Spain. Our first snack at sea is Iberico ham and Manchego cheese. 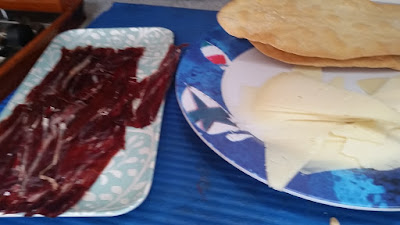