Back to the Barcelona airport on Thursday. Kim was enroute and we met at BCN to wait for our flight to Tenerife.  Kim and I pick up where we left off after our Transatlantic Crossing on Morpheus five years before... 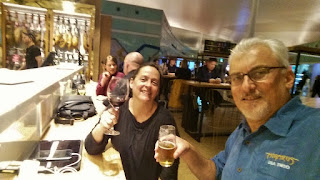 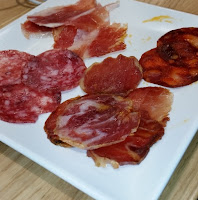 Kim and  I enjoy beer and wine and snacks at BCN Airport in Barcelona in 2018 before sailing across the Atlantic. 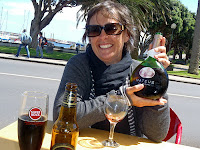 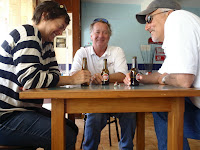 Kim and I enjoy beer and wine and snacks at cafes in the Azores in 2013 after sailing across the Atlantic. 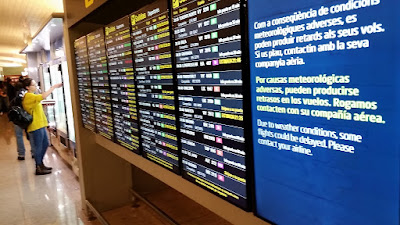 Unfortunately, our wait was longer that expected. A hellacious string of thunderstorm cells rolled over the airport shutting down all air traffic for a few hours. 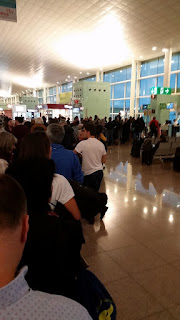 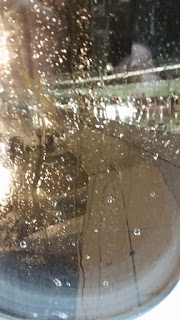 We thought we might be camping overnight in the airport, but eventually they opened the boarding line and we were off to Tenerife.

Jim and Deb arranged for the crew to stay in an AirBNB as we prepared for departure.  We finally managed to find our way to the apartment from TNF after cab took us around the block a few times and we insisted he just drop us off. Of course, Jim stayed on board Morpheus. The next day we rejoined Jim at a Tenerife cafe'and picked up where we left off five years before... 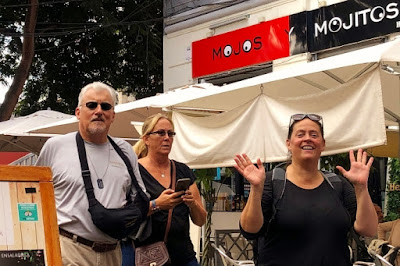 ... which is to say, eating and drinking.

And yes, I am wearing the Morpheus swag sling just for continuity of picking up where we left off.  If was a gift from the Captain and First Mate after the last transatlantic passage. It was also the wrong shoulder. But I digress. 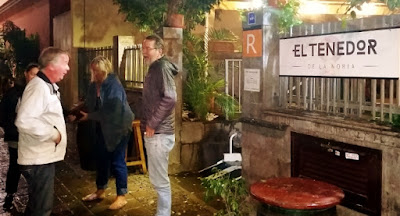 Doug flew in a couple days later, and the crew was complete. Which, of course required some more eating and drinking. Tenerife is a good place to eat and drink. El Tenedor was selected as our official first full crew dinner breaking bread together. 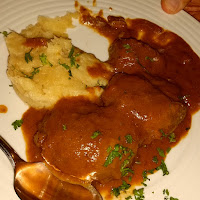 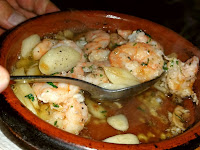 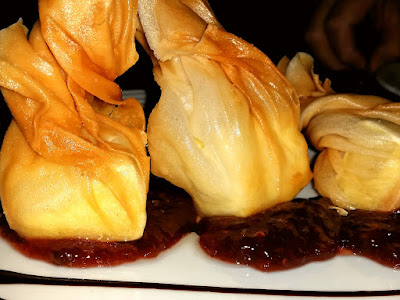 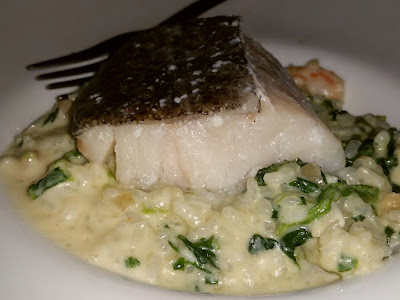 Loved the seafood. It was great, but not sure it was even the best of the meals we ate in Tenerife. 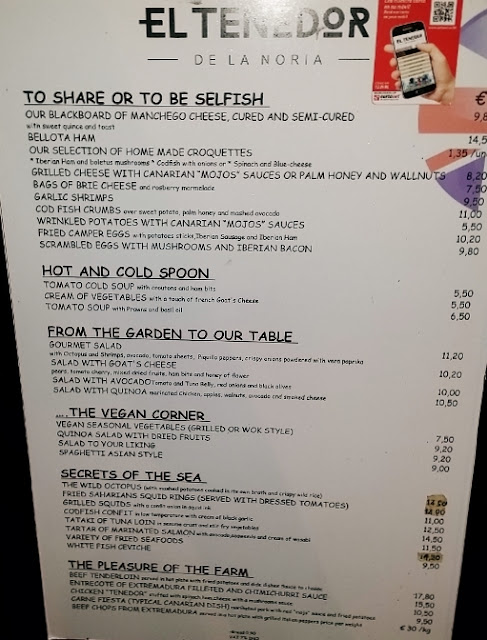