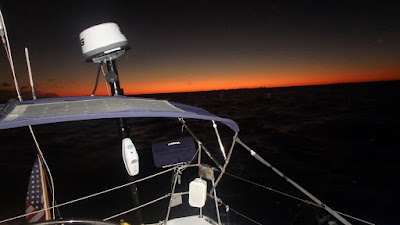 Captain Jim feared the winds would be so light that we might be mostly motoring for the first couple of days. Turns out, we've had wind enough to sail most of the time and we were sailing for each of my three watches. Weather is beautiful and a rainbow greeted us on the horizon. 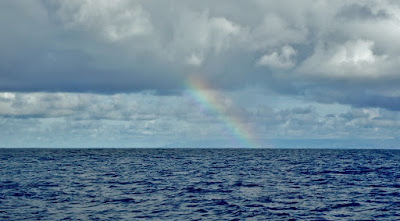 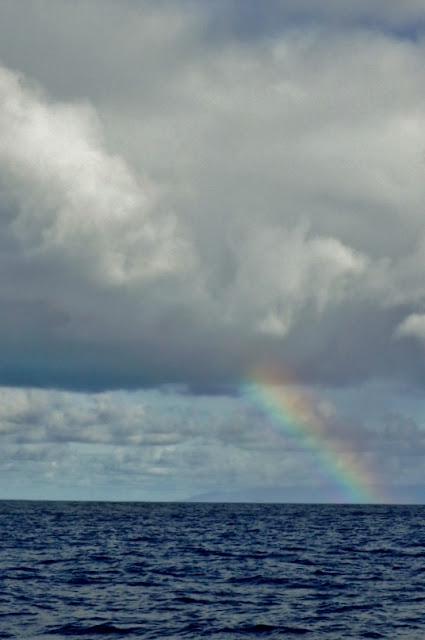 We have 5 souls on board and a 4 person watch schedule. Two hours on, six hours off. Doug, Mike, Jim, and the Cooks watch (Deb and Kim are sharing the cook's watch). We've had the Canary Islands in sight for most of the first day, and only now are watching El Hierro recede in the distance.

We're settling in to boat life and no one is seasick thanks to the miracle of modern medicine. 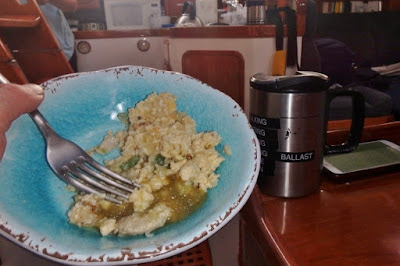 As per the usual drill, nicknames have been assigned to coffee mugs - El Capitan, First Mate, Sailing Spice, and Ballast (me) were retained from previous passages. However, Doug needed one. Our provisional working nickname was "Iceman" based on his favorite movie "Top Gun". 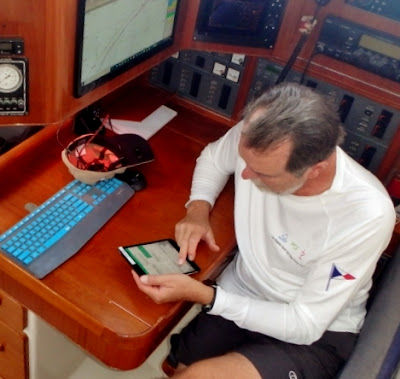 Circumstances demanded his nickname be revised last night. I relieved Doug on our 2nd Watch at 5:00 AM, and he retired to his cabin. About an our later he was staring up at me at the foot of the companionway and saying "Why did you wake me Deb? I was just on watch an hour ago."

I explained that I was Mike not Deb, and that no one awakened him. It was a dream. Doug considered that for a few moments, than retired again to his cabin. His new nickname is "Sleepwalker".

The night watch offered a spectacular moonrise. This is always an impossible to resist but difficult and inevitably disappointing photograph. Two attempts from two photographers and two camera/phones. 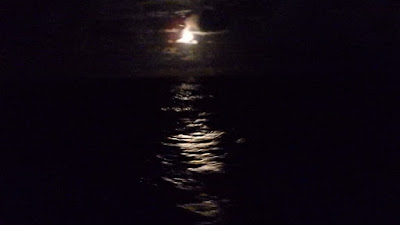 Foreign Vocabulary Lesson of the Day:
Swedish: Mångata - "The word for the glimmering, roadlike reflection that the moon creates on water." 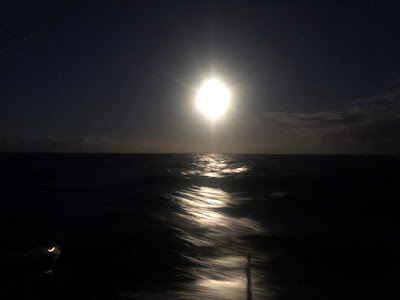 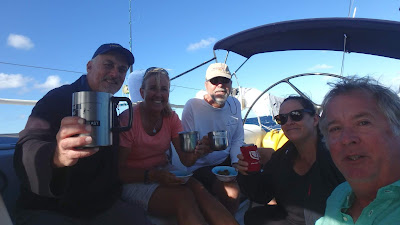 Captain's Comment - We have a great crew for this trip. Not only do we have Mike and Kim back after helping us with the West to East Atlantic crossing 5 years ago, but Doug Jorgensen has joined us. Doug is a lifelong sailor that I met in college and have sailed with many times since. Doug flew to NZ when we first launched Morpheus to help us get her ready for her first travels. Great to have him back!! - JG