Sailing and Song:
Once upon a time, there were things called "CD's" where one could select music from your collection, copy to them to a CD and enjoy full fidelity music on a CD with a theme of your choice. We called these "mixes". Today you can do this with a playlist from your digital music collection, but it is not as good because there are no limit to songs you can include in a playlist. With a CD mix you had to make hard choices on which songs to include and exclude as you were limited by the physical capacity of the CD. Kids have it so easy these days.

A decade or so ago I created a Sailing Mix CD for one of my passages on the Morpheus back in those dark ages of CD musical technology. I bring this up because I included ELO's "It's a Livin' Thing" on my CD Sailing Mix. I was surprised when several of my crewmates on that passage questioned whether it really belonged on a Sailing Mix. As noted, whether a song belonged on a CD Mix was a Very Important Question in those days that would precipitate heated debate that could destroy friendships. We agreed to disagree. 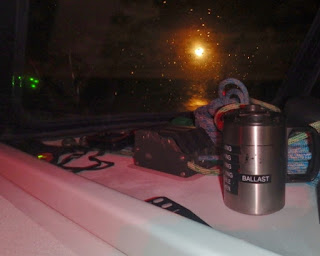 I bring this up because of my late watch (11:00-1:00 AM) last night. Wind was blowing 20-27 knots, and even with our main double reefed and flying in the Wing and Wing configuration, the trip speed records were dropping by the hour. Winds in that range make the Captain & First Mate nervous, particularly with amateurs on watch, but the interesting fact is that Morpheus loves it.

So it's midnight, it's dark, the moon is rising but obscured by the clouds,the wind is howling at 26 knots behind me, I am alone on deck, strapped to the boat, standing behind the dodger, amidst swells bigger than the boat, sensing more than seeing the violence of the Atlantic all around me, and Morpheus is just cruising along at about 12 knots, smooth as cruise control on I-5, straight as an arrow, gently swaying me back and forth like a baby in a bassinet. It was a magic carpet ride. And the soundtrack in my head was playing those first two lines of ELO's "Livin' Thing". So yeah. It's a sailing song:

"Sailing away on the crest of a wave, it's like magic." 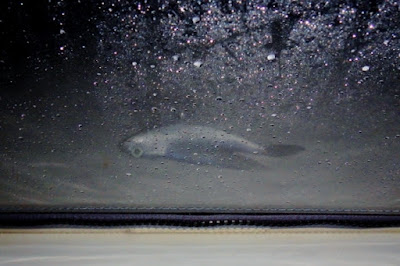 Also during my watch, a flying fish smashed itself into the glass in the dodger in front of me. So I am claiming the First Fish catch on this passage. 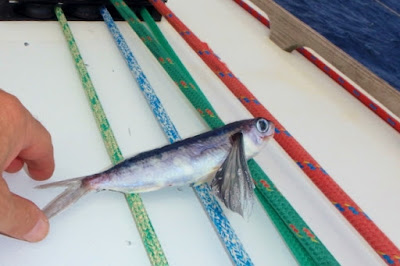 For more conventional fishing, I decided to forego the cedar plugs for a deep diving Rapala that promised it was good for high speed trolling. 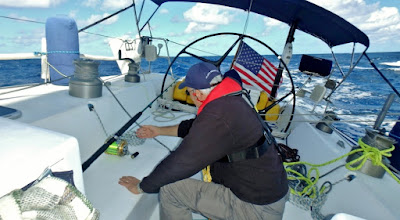 Long story short, the lure almost bent the poll in half, and by the time I got it under control we had a god-awful tangled mess in the reel. 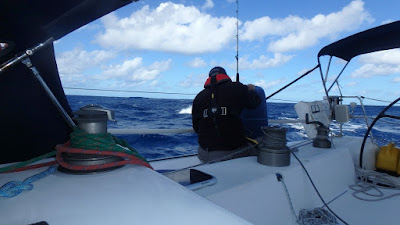 A few hours later and with Doug's help we had the reel untangled and a cedar plug back in the water. 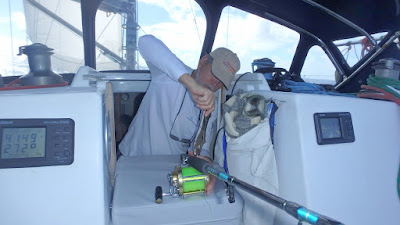 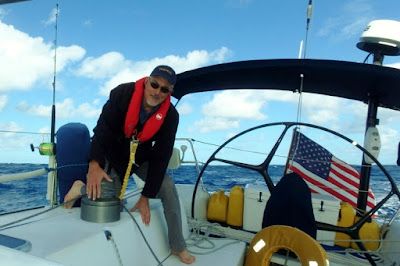 Jim added a hand line on the port side trolling a squid, but no luck. My flying fish was the only catch of the day.

Winds lightened up in the afternoon. It's getting hot, but the butter refuses to melt. We motored most of the afternoon to recharge batteries and refill the fresh water tanks. Heading into the evening watch we are again under sail with light winds. 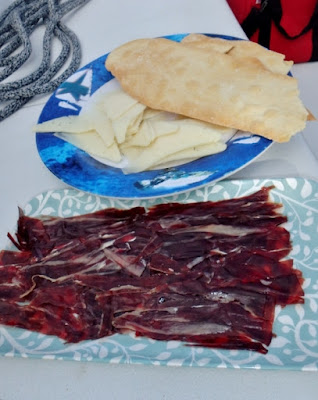