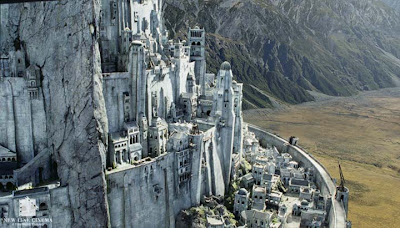 After breakfast, drive to Gondar through the beautiful countryside scenery to arrive at Gondar around lunchtime. After check in to Taye Hotel and having lunch there, we will start city tour of Gondar. Gondar, founded by Emperor Fasiledas around 1635 is famous for its many medieval castles and the design and decoration of its churches-in particular, Debre Birhan Selassie represents a masterpiece of unique Ethiopian School of traditional art.

Today you will visit the Royal Enclosure, a walled compound having 6 different castles built from 17th century by different kings who ruled in different times, the pool of King Fasilidas which still serves as a baptismal pool during Ethiopian Epiphany and we will also visit the famous Deberberhan Sillassie adorned with brilliant frescos from inside.

Plenty of photo ops during the morning drive to Gondar, as we climb further into the Ethiopian highlands. Panoramic vistas, pastoral agrarian scenes, and snapshots of life in villages clustered around the roadway.

We stop at a roadside stand to purchase greens directly from the organic farm. 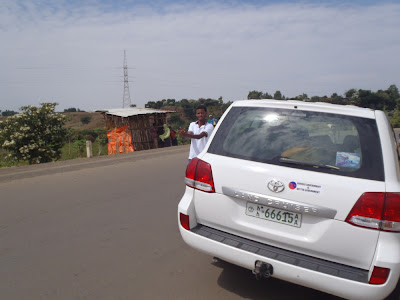 Just like the farmland surrounding San Francisco. Sort of... 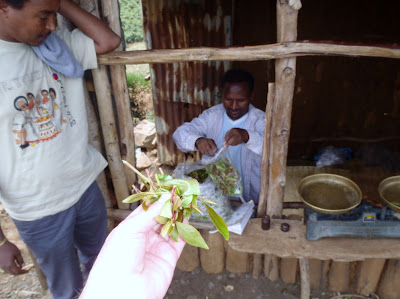 Gondar itself is bustling town of about 300,000 – showing the influence of the frequent interactions with Italy over the centuries. By “interactions” I mean invasions, occupations, attempted colonization and the usual litany of murder, torture, slavery, and other kinds of horror that usually accompanied European imperialistic ambitions. As far as a “silver lining” for all that historical imperialism, we got a pretty fair plate of spaghetti bolognaise and a decent pizza for lunch at our Gondor hotel – the Taye Hotel. 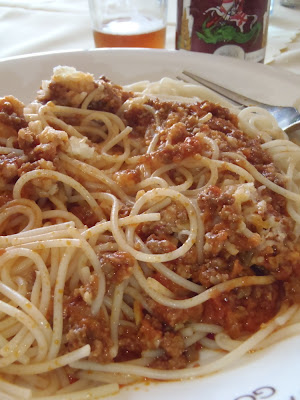 After lunch we tour 7th century ruins from the era of King Fasilitas and his heirs. This was an era when Ethiopia was a wealthy nation made rich as a trading crossroads of the world. The architecture shows the influence of multiple cultures, but looks and feels most like medieval Europe. Not at all what I was expecting. 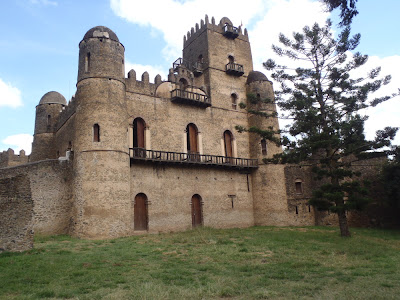 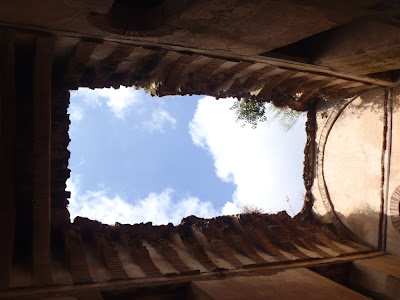 We could be touring the ruins of the Provence in France. Sigrid was most taken with the Church of the Holy Trinity, also known as the Deberberhan Sillassie. 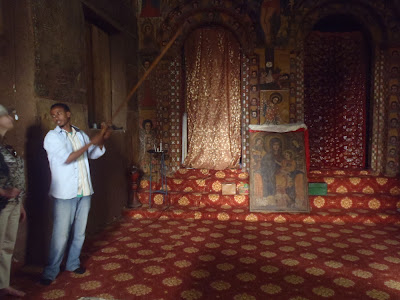 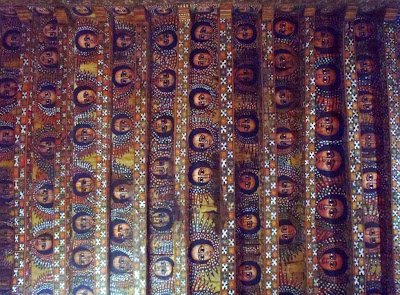 I was fascinated by the Fasilitas Bath. 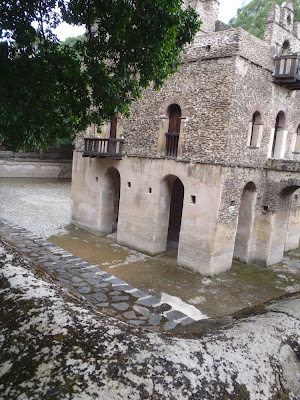 Part of the King Fasilitas royal construction spree, and looking for all the world like a moated medieval outpost, it remains in use today. Every January, Priests move a replica of the Ark of the Covenant into the castle interior, the moat is refilled, and a colorful celebration of the Ethiopian Epiphany ensues, complete with mass baptisms and blessings in the moat. 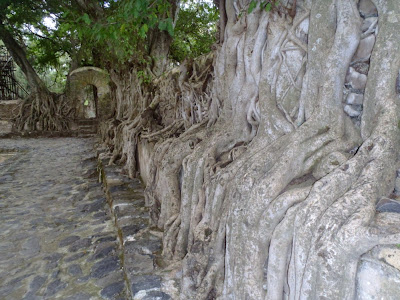 As noted in the comments, we are in Gondar, not Gondor, but there is a Middle Earth connection. We missed the Ethiopian Epiphany, but we were here for a Gathering of the Ents, pictured here seated around the moat enclosure. No telling what the Ent conference was about. As tourists we were a bit too hasty to understand the weighty Ent matters under deliberation. 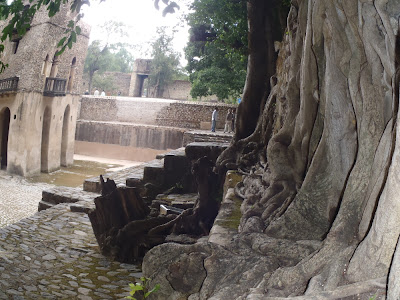 That night we watched the raptors wheeling in the sky during a spectacular sunset from our balcony perch high overlooking the city of Gondar. 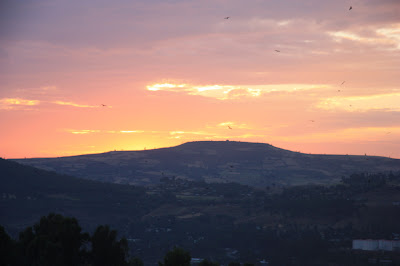 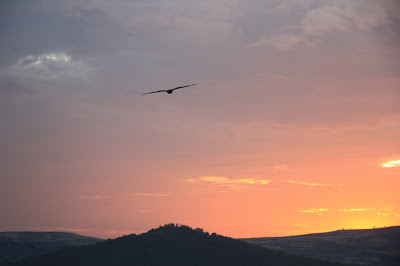 Note from the future. Posts are delayed, as we were four days without internet, and often without electricity. Its all good. Just generating picture and stories far faster than we can post them.

Editors Note: I intend to pre-load and schedule automated blog posts with the daily itinerary for our Ethiopian adventure. For those interested, this may be an easy way to follow along. Since we will not have internet access for most of the trip, my hope is this will make it easier to add some pics and journal commentary if and when we run across an internet connection. If there are no pics or commentary, you'll just have to wait until we get back. We'll see how it goes. UPDATED
Posted by mw at 7:00 AM

Fantastic picture, but the image is called "not gondar". Is it not Gondar?

The picture is Gondor, as in Middle Earth, not Gondar, Middle Ethiopia. Not sure why MW is not keeping us current on his travels, laziness I presume. I mean he doesn't really have anything else to do.