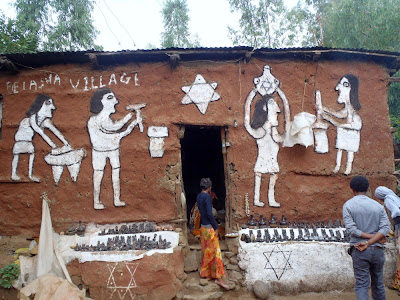 After an early breakfast, we will drive to the Simien mountains National park. En-route we will be visiting the “Felasha” or the Black Jewish village. It is believed that the "Felashas" settled at this village during the time of King Minlik I, the son of Queen of Sheba and King Solomon."

On the way to the Simien Mountains we make one stop - the Falasha village - less for what there is to see in the village today than for the stories, ancient and modern, that have emerged from the place. The ancient story is that this is the founding location of the Black Jews of Ethiopia – who date their tradition to King Solomon and the Queen of Sheba. Their offspring founded the Ethiopian line of royal succession beginning with King Minlik. 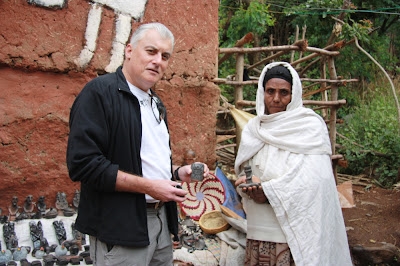 A tantalizing factoid is to be found in the “Lonely Planet Guide to Ethiopia”:

“Around 6 KM North of Gondor several Star of David and “Falasha Village” signs point the way to what would be better described as the former Falasha village of Wollecka. Once the home of to a thriving population of Falasha or Ethiopian Jews, most were airlifted to Israel between 1985 and 1991 and today only a couple remain. Sadly the pottery for which they were once famous has degenerated into clumsy half-hearted art. Project Ploughshare Women's Craft Training Center is helping disadvantaged women rekindle this craft. After the adoption of Christianity, Falashas had their land confiscated for refusing to convert... The highlight of a trip here is to grab a glimpse of highland village life rather than Jewish monuments or culture.“ 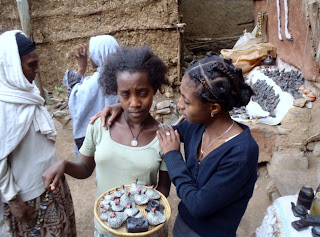 The village of “Wolleka”. Unbelievable. I know it is probably just a phonetic coinicidence, but still it gives pause. The specific English spelling is, of course, irrelevant. Whether we are talking about the Cyrillic alphabet of Rumania, Russian and the Ukraine which is the source of our surname, or the Ethiopian glyphs that would be the source of the name of this village, any English spelling is a purely phonetic transliteration. Wolleka is identically equal to Wallacha or Wallachia. The village of Wallachs. I have no idea what this means or if there is any ancient common thread that links the Falasha Jews from the Village of Wallacha to the Wallach Jews of Chotin who are our forbears, or even the historic country of Wallachia which is probably the etymological source of our name.

Wikipedia tells us the "The word Vlach is ultimately of Germanic origin, from the word Walha, "foreigner", "stranger".  Certainly an apt description for the black Jews of Ethiopia. It is tempting to speculate that the origin of the word may be lie even earlier in history, finding a similar use in Germany and in Ethiopia.  Perhaps the answer lies in Israel, where the remaining Falasha Jews who were evacuated from Wallacha, Ethiopia live today. 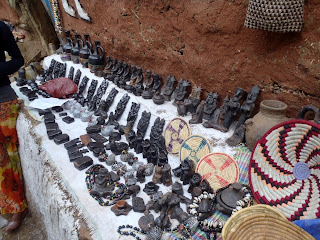 We heard a couple of interesting anecdotes related to the Falasha Jews from our guide Yohanes. Yohanes, who is a gentle soul and a very nice guy, related a story he learned from what he called a “documentary”. The general notion was that the evacuation of the Falasha Jews to Israel was part of a grand scheme to bring Jews from all over the world to Israel in order to displace Palestinians through settlements and steal their land. The “documentary” further goes on to say that the Falasha Jews are very unhappy with their life in the settlements in Israel. This all sounds very propagandish to me, and having seen the life of villagers in Wallacha, I find it hard to believe that life in Israel could be worse. I did not press him on this, but if I ever get a chance to spend some quality time on the Internet during this trip, I may try to disabuse Yohanes of this notion, or at least make sure he understands there is another side to the story. 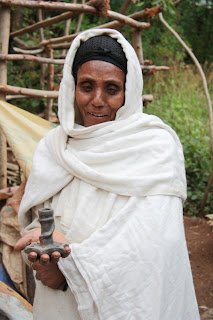 One last anecdote from Yohanes. A few years ago he served as a guide for a Jewish gentleman who had been contributing to a charity to support the remaining Falasha Jewish community in Wallacha, and to help maintain the Synagogue. He arrived to learn that there is no remaining Jewish community to speak of, and the Synagogue no longer exists. He was, to say the least, disappointed. 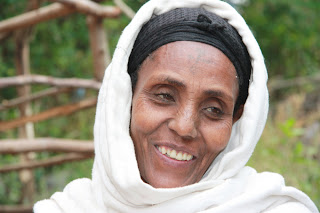 More questions than answers, but certainly a short but interesting visit.

UPDATE: 28-Nov-2012
Upon returning to San Francisco, I saw this article from Radio Netherlands Worldwide:

"It was one of the most daring operations in Ethiopian history: Israel's 1991 airlift of Ethiopian Jews, when nearly 15,000 people were crammed into a series of non-stop flights lasting 36 hours. Clutching only a few belongings, in planes with seats removed to make more space, they left a nation their ancestors had called home for two millennia for a land they knew only from scripture. More than two decades later, some 2,000 descendants and relatives of those Israel had identified as original Jews are set to join them in the Holy Land...

...for Israeli ambassador to Ethiopia Belyanesh Zevadia -- who was born in Ethiopia and lived in Israel for 28 years -- the end of the returns to Israel merely marks a new chapter in relations between the two countries.  "Maybe (we are) losing the culture, the Jewish culture," she said. "But there are so many of them coming back and investing here... so we are building the bridge between the two countries."  Gasho said the heritage lives on in other ways too, even though most of the Falash Mura have left the country.  "We Jewish who are living here in Ethiopia, we taught our wisdom and knowledge," he said. "Our culture is well understood throughout the community... learning, metallurgy, handcraftsmanship, it is all passed on," Gasho added. At Addis Ababa's transit centre, where the Falash Mura gather before boarding a flight to Israel, new shoes and clothes are passed around as children play table tennis and table football under the beating afternoon sun.  Despite not knowing what to expect when they reach Israel, there is a sense of happiness from those about to leave Ethiopia for good. "I am going to miss Ethiopia, of course, but this is life, so I have to go to Israel, and that is the path decided for me," said Malefeya Zelelu, 84, who waited in Gondar for 14 years before being approved to leave. "I am now going to be an Israelite," he added, smiling widely."


Editor's Note: I intend to pre-load and schedule automated blog posts with the daily itinerary for our Ethiopian adventure. For those interested, this may be an easy way to follow along. Since we will not have internet access for most of the trip, my hope is this will make it easier to add some pics and journal commentary if and when we run across an internet connection. If there are no pics or commentary, you'll just have to wait until we get back. We'll see how it goes. UPDATED

Following along and loving every moment. I am glad you finally posted a pic of Sigrid, I was worried. Beautiful pics and journaling as usual. Tell my BFF Lucy hello! Be safe!

I had no idea you were Ethiopian.

I know. My whole life people have been saying to me "Funny - you don't look Ethiopianish."