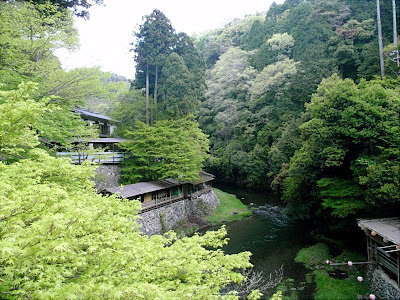 For our last two nights in Japan we stay in a ryokan, a traditional Japanese travelers inn. The Lonely Planet Guidebook has a good description of what to expect: 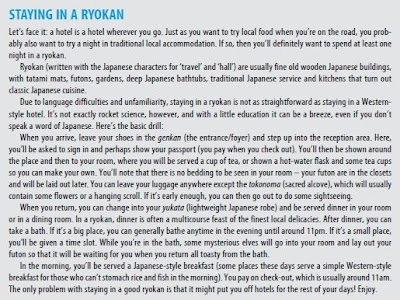 As noted in the guide, ryokans can be pricey and typically charge by the individual vs the room. Sigird found a somewhat more reasonably priced ryokan using the Japanican website - the Momijiya Bekkan Kawa no iori located in the mountains just outside of Kyoto. It was an inspired choice, a perfect antidote to two weeks of frenetic touring and sightseeing in the crowded shrines, temples. and cities. We decided to immerse ourselves in the Japanese country ryokan experience, so turned off the cell phone, ignored the TV, and abandoned the internet during our stay. The quiet took some getting used to. Actually unsettling. It also meant that blog post would be a bit delayed. Some scenes from our stay (Day 1): 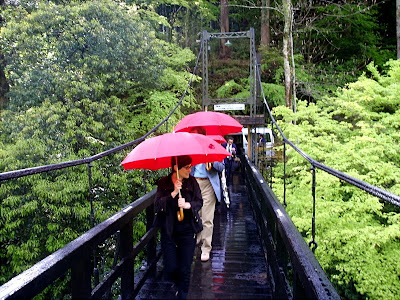 The ryokan offers a free shuttle from a Kyoto train station. After about a 40 minute drive into the hills, we arrive in a light rain, and walk across a suspension bridge to check in. 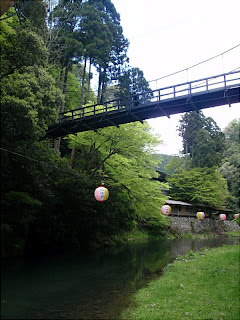 Stan and Lisa get settled in their new digs....

We explore the grounds... 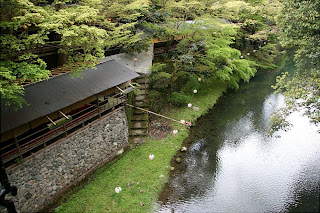 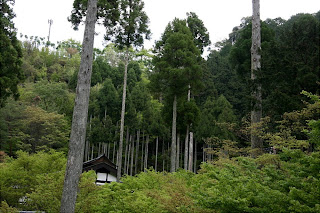 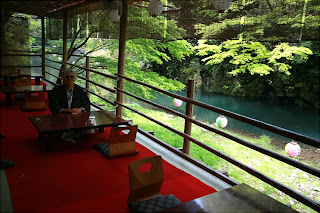 Before dinner, we meet in the lobby sporting our comfortable yakutas. 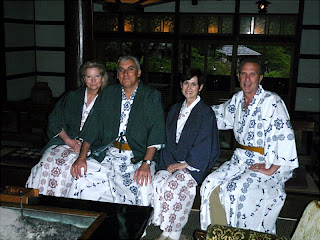 Dinner was served in a dining room with other guests. It was a traditional Japanese dinner with many courses of small portions of local specialties, heavily weighted to seafood. 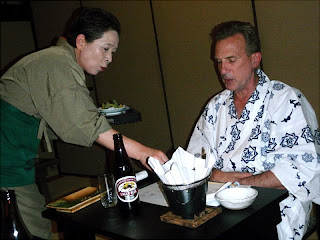 One concession was made to the Westerners with old knees - We were offered table and chairs rather than the traditional mat seating. The staff was impressed that we ate everything they put in from of us. In reality, Stan and I ate all of our courses, and half of Sigrid and Lisa's portions. I love the food. A selection of some of the courses served: 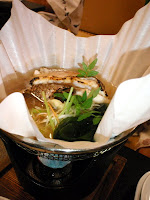 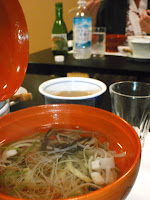 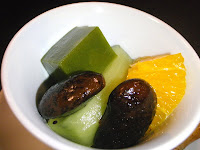 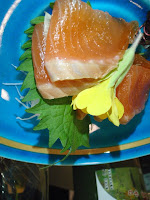 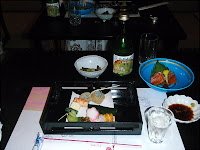 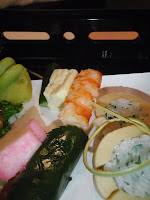 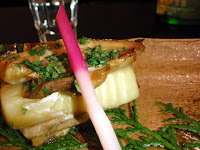 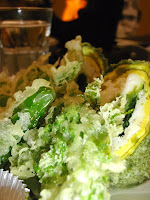 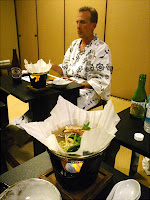 During dinner, the rooms are reconfigured with futons for the night... 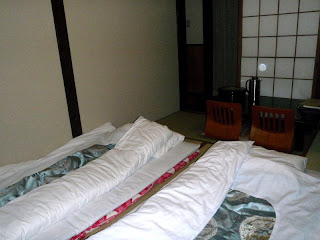 Early bedtime, but not before a relaxing outdoor bath... 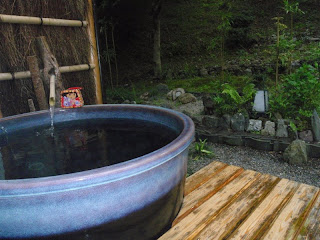 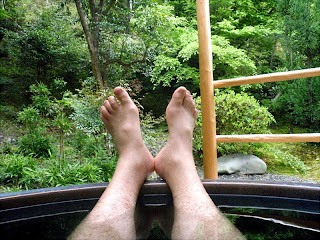