Baseball is different in Japan 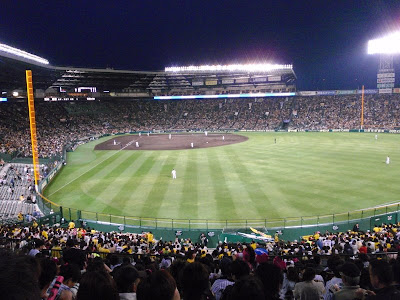 Before going into the park, we pick up some supplies for the game - 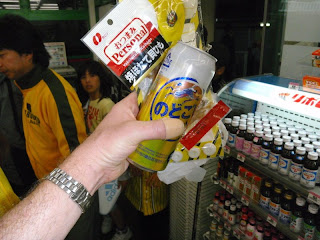 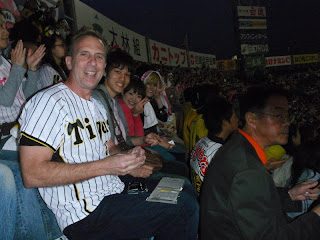 We have seats in the Right field bleachers, out of reach of any potential home run balls short of a Barry Bondesque steroid era blast. Hayley's friend got us tickets in the section known for the rowdiest and loudest fans - roughly equivalent to the Cubs bleacher fans, or the Oakland Raider "black hole". That is "rowdy" in a polite Japanese way of course. One big difference is the well organized and enthusiastic singing and cheering.

Some scenes from the game: 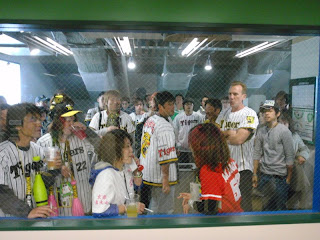 Stan gets his nicotine fix by joining some fans under the seats in smoker prison and taking a few deep breaths. 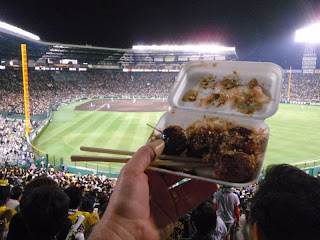 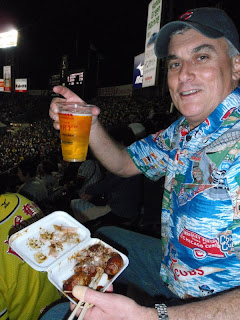 Some things are universal.
A tradition at Honshi Stadium is the release of the lucky balloons during seventh inning stretch.

The balloons worked. The Tigers broke a tie game with two runs in the bottom of the seventh and went on to win 4-3.
Posted by mw at 2:44 AM