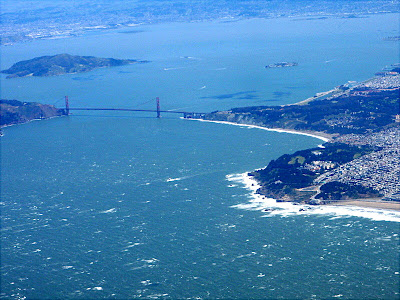 We took off heading north, and flew along the California cost for a while before turning east. It was a beautiful morning and we were treated to some spectacular views of the city and coast as we departed. Above - the Golden Gate Bridge and two of my favorite golf courses - Lincoln Park and Presdio. 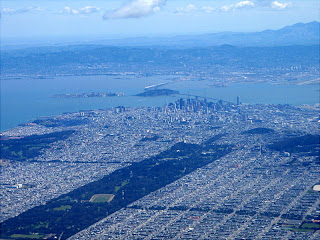 The City, Bay Bridge, Golden Gate Park, and if you know where to look - our apartment. 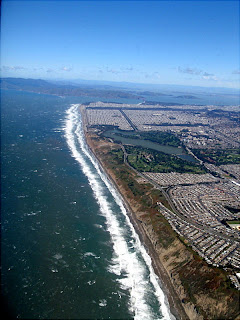 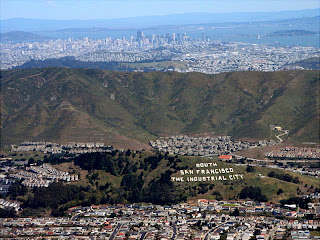 South San Francisco and The City shortly after takeoff. 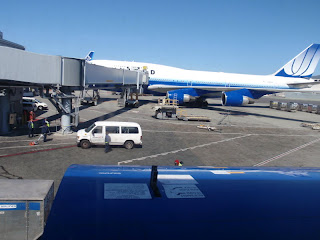 At SFO - we are flying a United 747. I'll have some more things to say in a future post about the trials and tribulations of trying to use our award points to fly business class on United. For now, lets just say we are happy have consumed all of our points with United.
Posted by mw at 3:16 PM