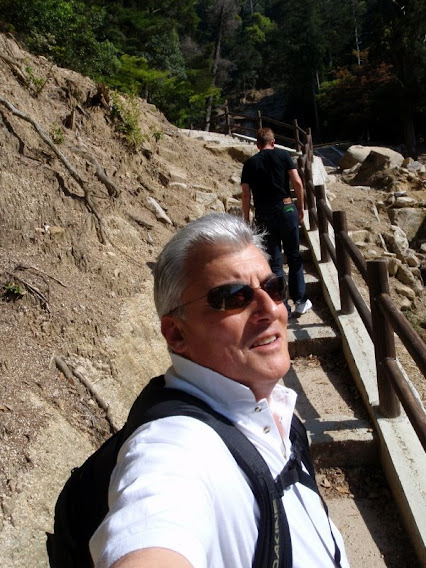 As mentioned in the previous post, the girls insisted Stan and I climb Mt. Misen after lunch. The plan was for them to meet us at the top of the gondola or "ropeway". At the edge of the village we found the trail head for the Daisho-in trail and started up.

It was a long hot 500 meter vertical climb, almost all of it on stairs built and carved along a trail through virgin forest. Think - two hours on a stairmaster in a sauna. The vistas, shrines, waterfalls and temples along the way made it all worthwhile. Besides, after the way we have been eating, we needed the workout.
At the Daisho-in temple: 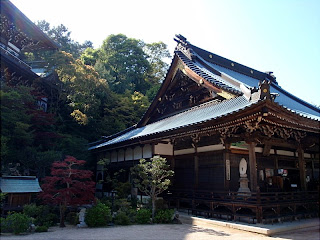 Stan announces our presence on the mountain.
The climb: 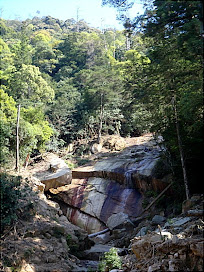 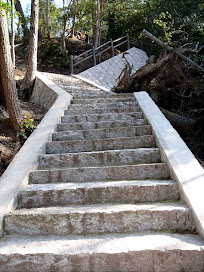 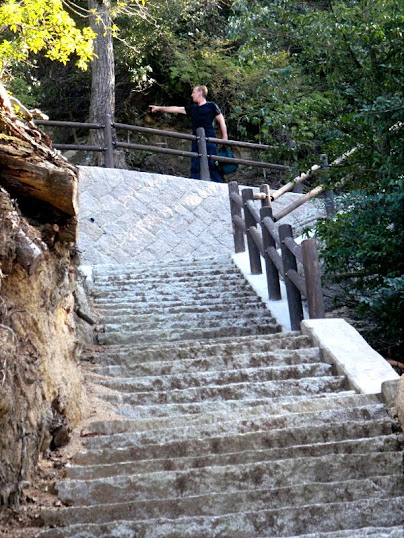 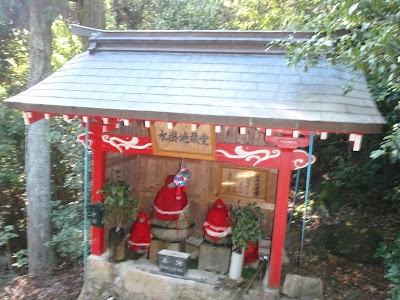 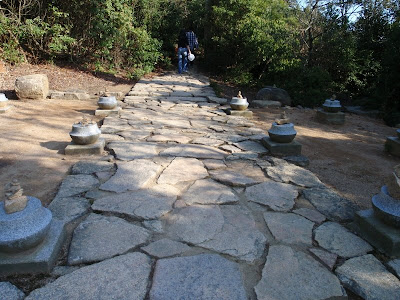 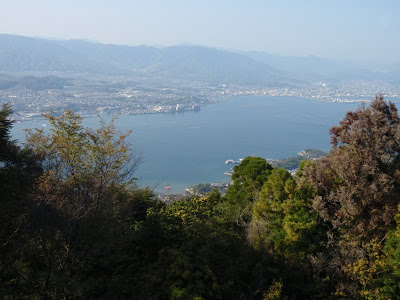 360 degree panorama from the observation deck on the summit (click to expand). 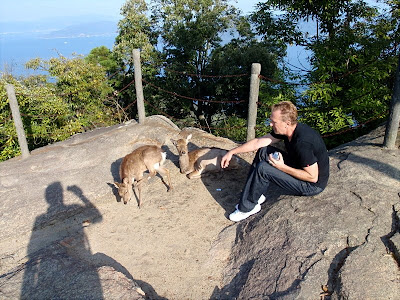 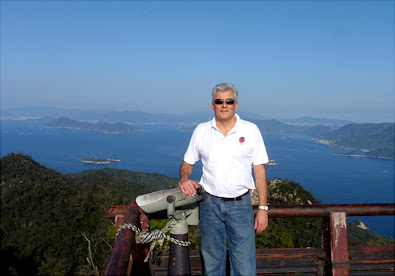 As it turns out, the girls didn't make it to the gondola after shopping in town. We started getting panic cell phone calls while on the observation deck. It was 5:00 PM when we took these pictures, and it seems the last direct bullet train to Kobe leaves Hiroshima at 7:00 PM. We were a gondola, a ferry, and a commuter train away. We also learned that the gondola stopped at a different peak than the one with the observation deck. Scrambling back down the trail, we found the fork leading to the gondola and climbed back up. 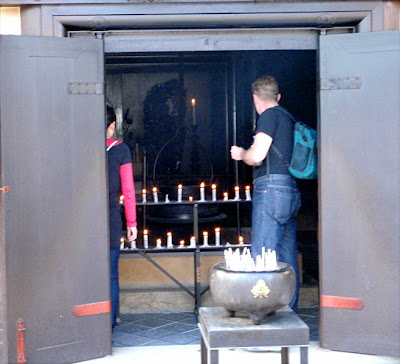 Along the way Stan left an offering at the shrine with a flame tended by monks and burning for over 1,000 years. Probably the best investment he ever made. 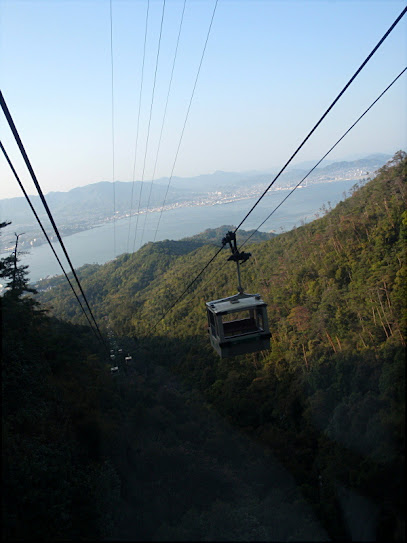 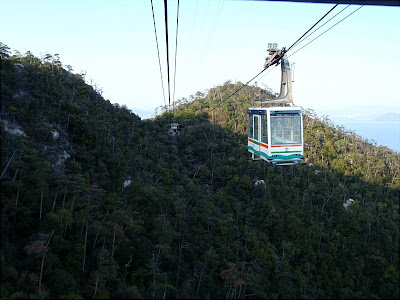 We got down to sea level and boarded the ferry as they were pulling up the gate, stepped directly from the ferry on to the local train heading back to Hiroshima terminal, and after a sprint through the station, we were in our seats on the bullet train at 6:59 exactly.
No harm. No foul.
The girls did not talk to us the entire ride back to Kobe.
Posted by mw at 2:19 AM