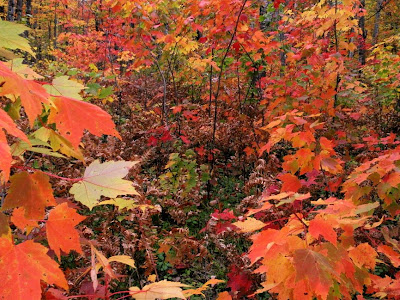 I did not join the blast portion of the "Cast & Blast" yesterday. 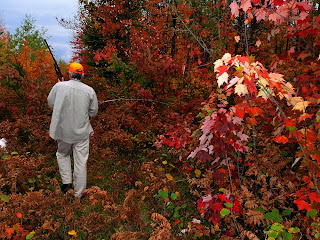 No flushes. No shots. But fantastic color.

Interestingly enough, upon return to camp, on the driveway into camp, standing by the side of the road, was the biggest fattest grouse we have ever seen. We stopped the car. He looked at us. We looked at him. He slowly sauntered into the woods and disappeared into the brush.
Unscored.
Posted by mw at 8:47 PM