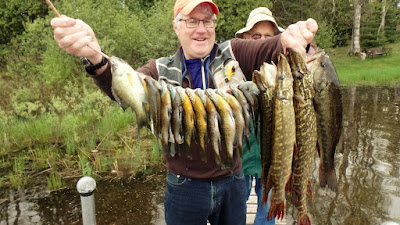 After repeadtedly having our catch stolen by thieving critters, both friendly and not, we were determined to get back out there and catch enough fish for a fry. Time was of the essence. We only had a few days before heading to Milwaukee for niece Kristy's wedding, and the pressure mounted as waves of rain kept us indoors. 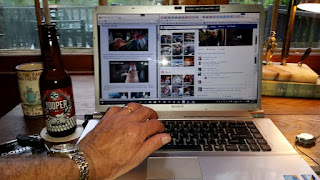 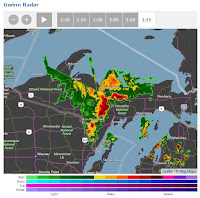 That evening, in between squall lines, the wind died, the lake mirrored a silvery sky, and we got some fishing in. 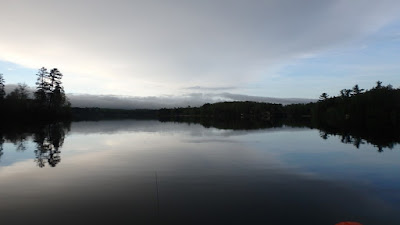 We did some trolling for pike, and against my better judgement, some fly fishing from the pontoon. I was dubious, but we needed fish, and catching bluegills on a fly is usually our most reliable way to fill the live well. 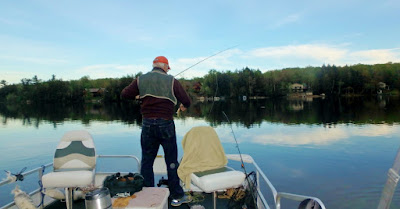 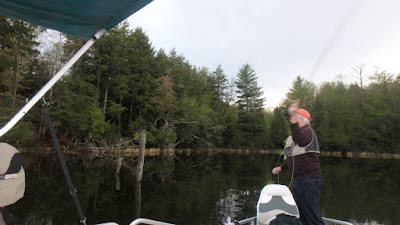 Some success, so back the next day. 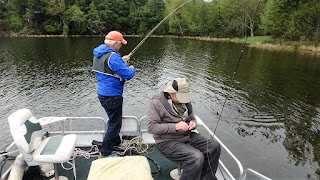 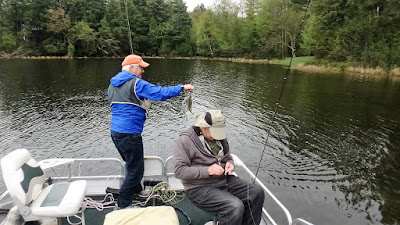 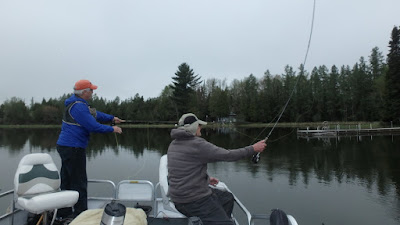 But two fly fisherman in the front of a pontoon boat is two to many. It's just not safe. So we came up with another solution. 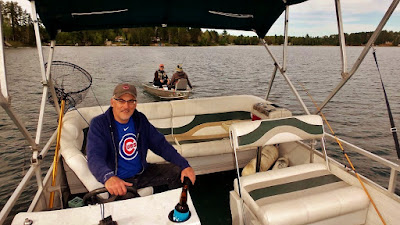 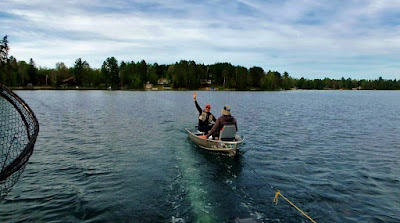 We banished the fly fisherman to the Tin Can and dragged them through the channel to work the structure on the west side of Mitchell Lake. 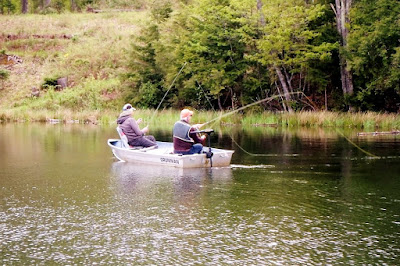 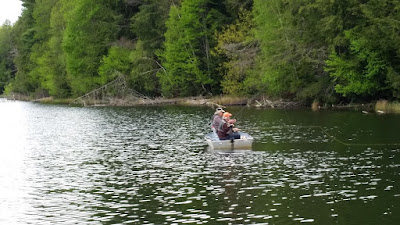 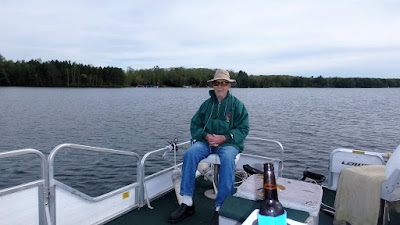 That allowed Don and I emerge from the relative safety of the canopy and do a little casting ourselves in relative peace. Net net - It worked out well. 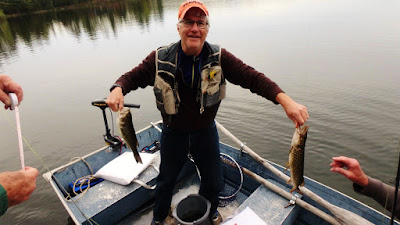 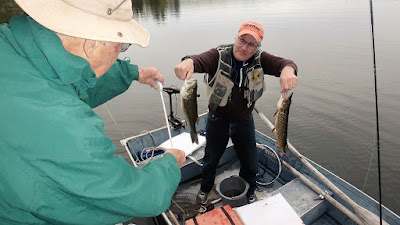 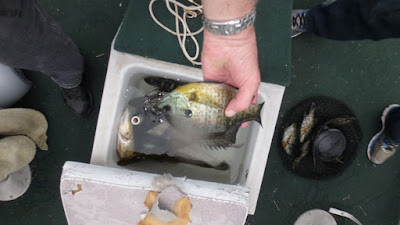 They got a bunch of  blugs, Matt and I each pulled in a nice bass, and Dad managed to land a nice pike on a bug. I still can't figure out how he did that. 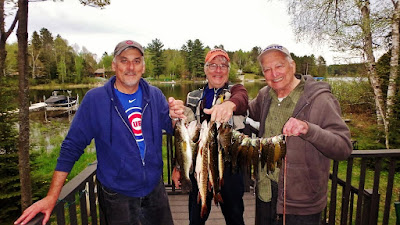 We had more than enough for a nice fry. 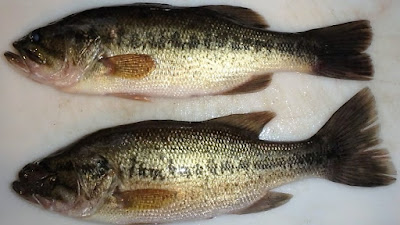 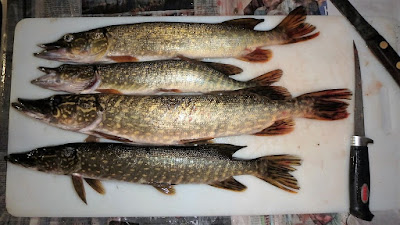 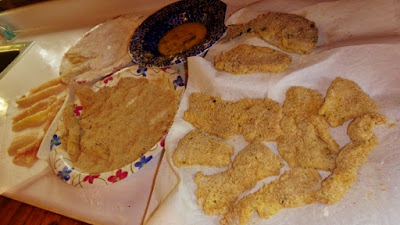 Prepared in the fry pan... 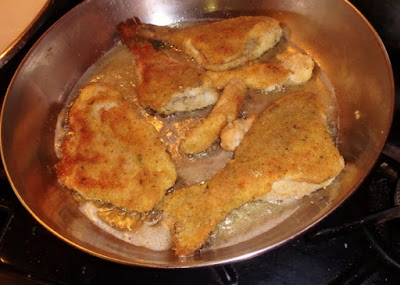 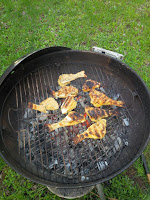 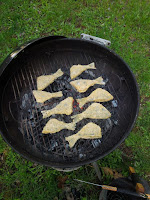 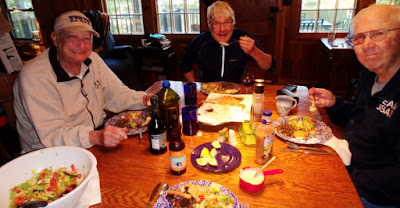 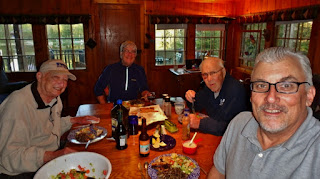 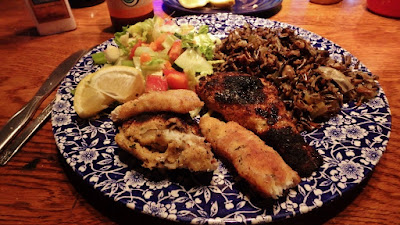