The Mystery of Coyote Island 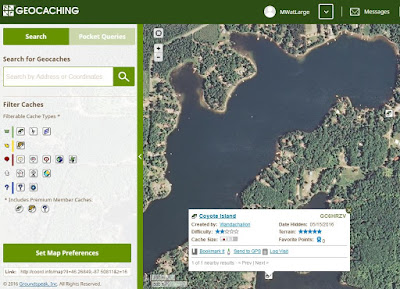 After over half a century of visiting Shag Lake, it's always fun to find something new. This trip, cousin Wanda Challon introduced us to the sport of Geocaching. It started as soon as they arrived. First step is always to get a fishing license secured. While waiting for the staff at Tall Timbers to go thorugh the annual ritual of figuring out how to use the computerized fishing license system, Wanda announced she'd identified a geocache in the neighborhood.

By the time we got the license, she added a notch on her geocache belt. Who knew we'd find these around Shag Lake? I soon learned the next logical step for a true geocache enthusiast after finding a new cache in a new location, is to leave a new cache in a new location.  I had a suggestion. The island in Mitchell Lake. Wanda agreed. And so it came to be that the expedition was formed to explore this undiscovered country. Not the island itself. We've been exploring that for decades... I mean the this new geocache game... well you know what I mean. We launched a geocache raid on Coyote Island. 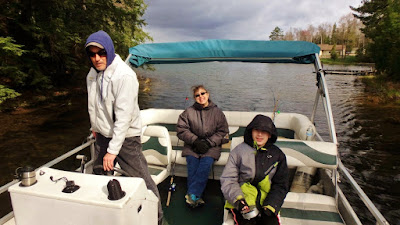 Through the channel to the island... 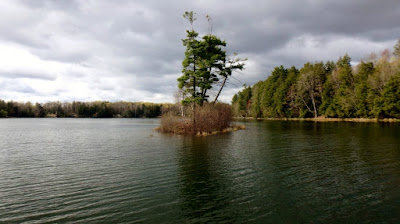 Looking for a suitable landing. 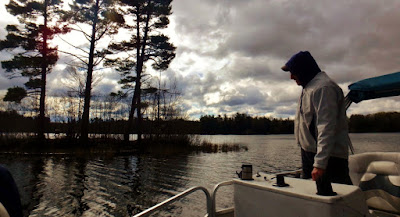 Who named this island anyway? 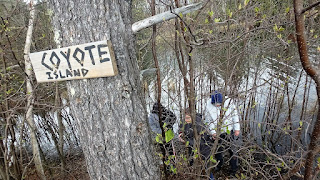 I hate that name. There are no coyote's on the island. We should call it "Crawdad Island" or "West Nile Virus Island" or "Black Fly Island" or pretty much anything else. 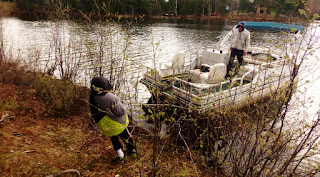 Whatever. Once we landed, I explained that if anyone charged with holding the boat let it go, they would swim to retrieve it. 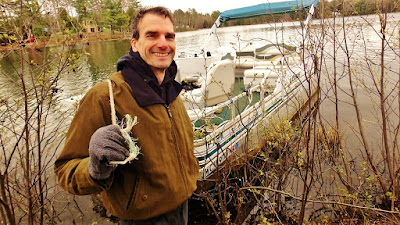 We had no problems, and got to the task at hand. 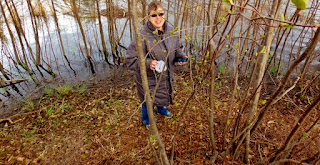 Wanda scouted the island and applied her expertise. 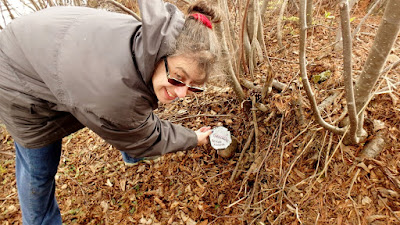 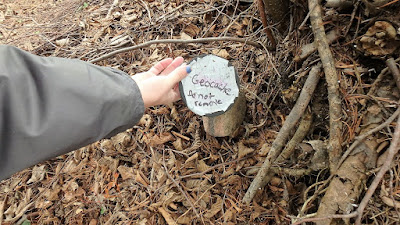 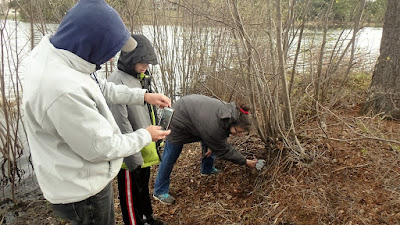 The deed is done. Now, to throw off the satellite observers, we casually hung out for a while to pretend like nothing happened. 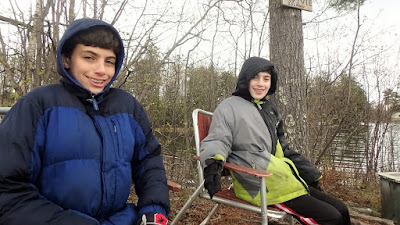 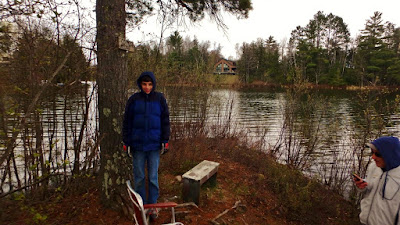 It was a clean escape. 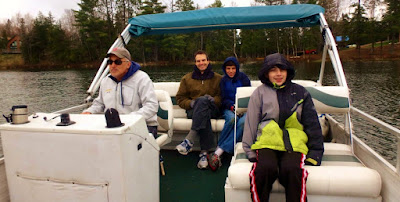