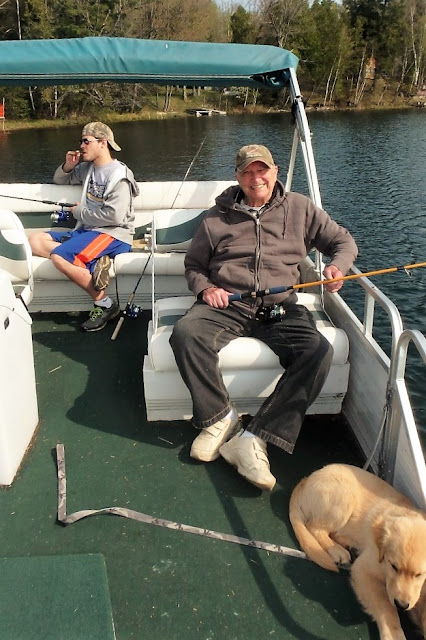 After the catastrophic theft of two beautiful northern pike filets to a thieving dog, we were determined to replace our loss and go fishing for more pike. Brian would be driving back Sunday afternoon. Sunday morning was his last shot at the lake. 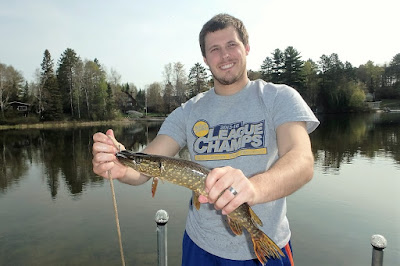 We had some success. Brian caught one and Dad caught two, including a 25 1/2 inch beauty... 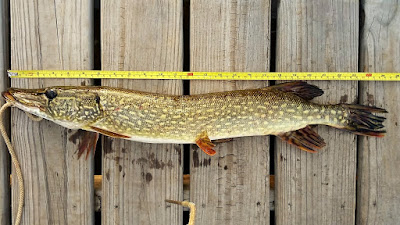 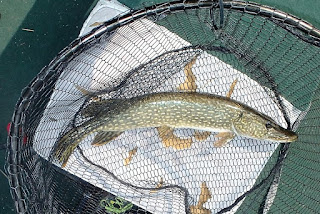 Brian left Sunday, but Uncle Don and cousin Matt were arriving late Monday. The three fish would be a perfect meal to welcome them back to camp. Since that thieving dog Tucker was departing with Brian, fish was on the menu again.

We were having some electrical problems with the pontoon boat so I did not want to leave the fish in the on-board live-well running overnight.  The fish went on a stringer off the dock. Yes, we had problems with a snapping turtle the year before:


But, that was then, this is now. By now the turtle was probably killed by neighbors - or - after a cold spring, he/she was probably still  hibernating /sluggish, and in any case, it would certainly take the turtle more than one night to find the fish.  Right? 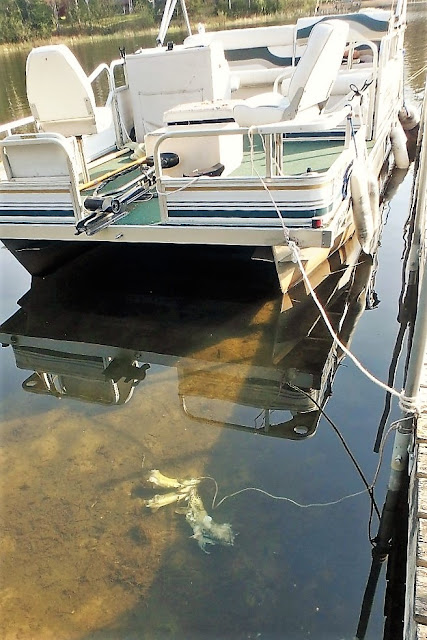 Wrong. This is what greeted me Monday morning. 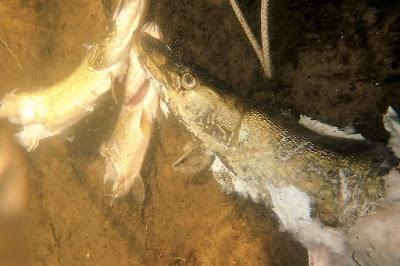 For those keeping count, that's two catches in three days we thought we would enjoy for dinner, but was instead enjoyed by other critters. 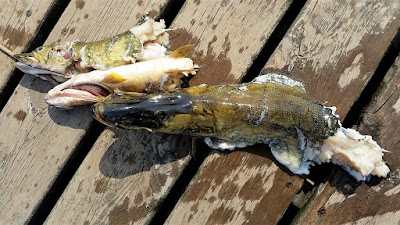 I guess that makes us the "Bernie Sanders" of freshwater fishing. We invest our time, energy and effort, we are rewarded by a fine selection of fish, but instead of enjoying our rewards, the profit of our efforts are redistributed to some undeserving takers.

We had Cuban black bean soup waiting for them. 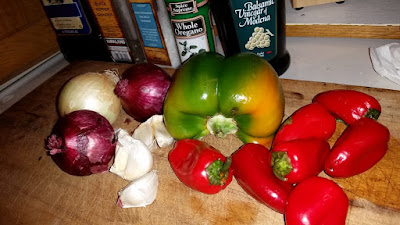 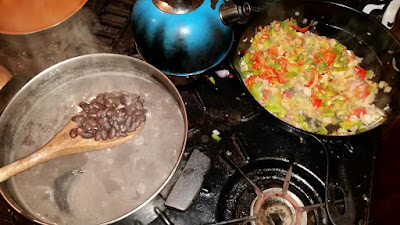 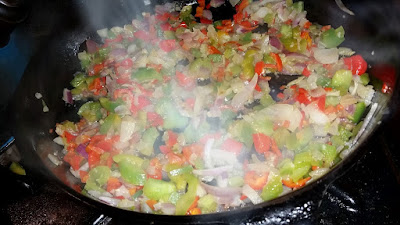 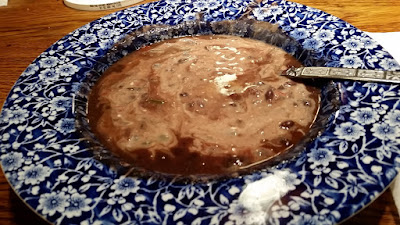 It was good. But it wasn't a fish fry.