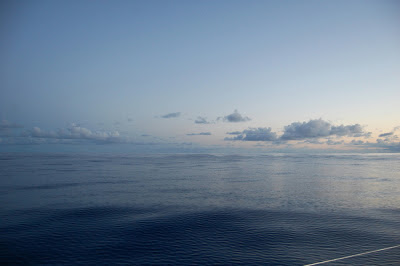 I can't add much to the Captain Jim's pithy update to yesterday's events (see Morpheus Sailing blog or if I can get him to cross-post - the last post here) . The wind started slow but then ground to a complete halt. As I write this Sunday morning we've been motoring on a straight line to the Azores since yesterday afternoon. The Atlantic Ocean is doing a very good imitation of the world's largest bathtub. 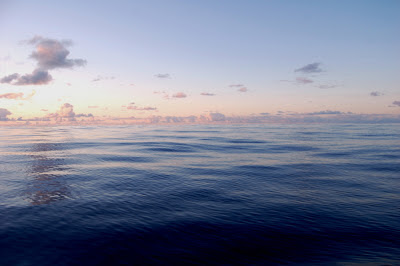 My 1-3 AM watch was otherworldly. No real waves except in our motor driven wake. Just a smooth, undulating inky black surface highlighted with reflected silvery moonlight 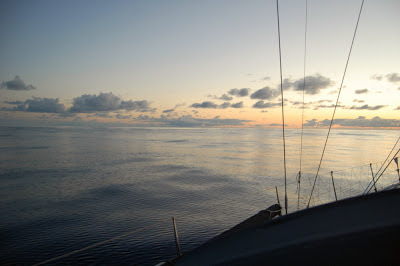 [Editor's Note: Credit where it's due - all of the beautiful ocean pics in this post were shot by Kim, who did a much better job than me capturing the Atlantic's peaceful mood this day ]. 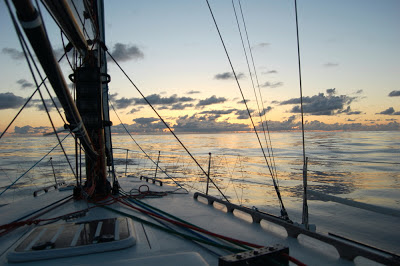 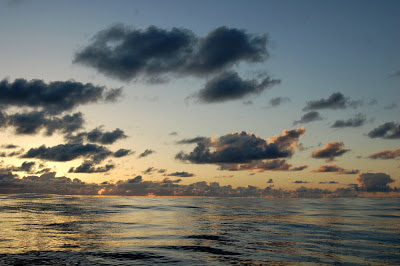 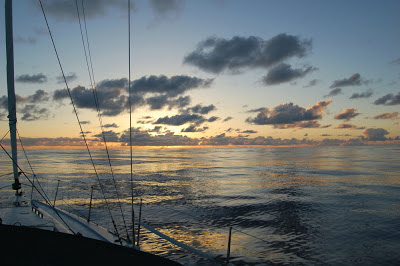 I've seen an ocean behave like this twice before, both times aboard Morpheus - in the doldrums during the Tahiti to Hawaii passage, and in the Pacific gyre during the Hawaii to EssEff delivery. It just doesn't seem like an ocean should or could look this way - particularly the fearsome Atlantic.

We've instituted a a new a tradition aboard - a daily vote on the most exciting / interesting thing that happened in the last 24 hours. Yesterday the close encounter with Firefly won by a 3-1 vote in a secret ballot over Kim's angel hair pasta with chicken & portobello sausage. Today's nominees will likely include fishing lines in the water, movie night with Django Unchained, and the Captain's declared Happy Hour serving Dark & Stormy as our only alcoholic sip since setting sail three days before. Nominations are still open. Stay tuned... - mw