It was a good day to dive. But I didn't. 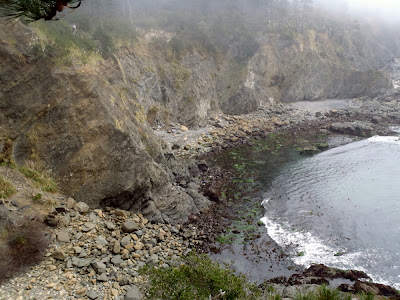 I blame myself. Doug said he would drive down from Oregon to dive on Wednesday. I told him I would give him a report from the cove on Tuesday. I got to the cove during flood tide about an hour after the low. Conditions looked good, but not perfect. Pretty calm, with about 3-4 feet of viz. Only negative was a set of 4-5 foot rollers that stirred things up every 15 minutes or so. I forgot how spoiled Doug got after diving here for the last 50 years. He only dives in optimal conditions. After the report, he decided conditions did not justify the eight hour drive.  He begged out.

Problem being - on Wednesday morning it was close to perfect. Kind of like I told Doug it might be.  During ebb tide - an hour before the low, viz had improved to eight feet and the occasional swell was down to 3-4 feet. I considered going solo, even had the tube inflated, gear loaded and ready to go ... 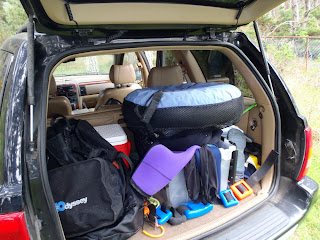 ..but my wife, friend, brother, neighbor, and strangers on the street all counseled me not to dive alone. I am told discretion is the better part of valor.  The abalone in the cove uttered a collective sigh of relief. I could hear them from the top of the bluff. 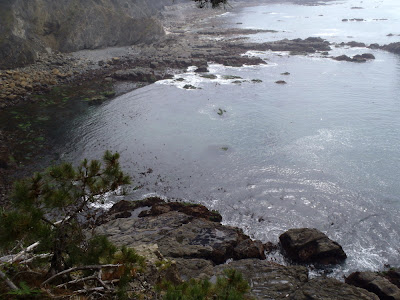 So - all I got to show for the day are some pretty pictures. 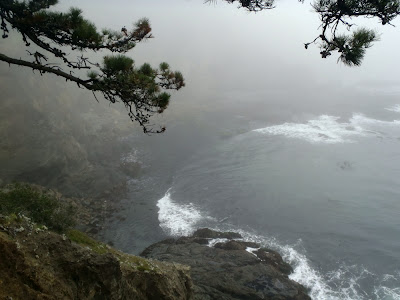 This is what we missed Doug.... 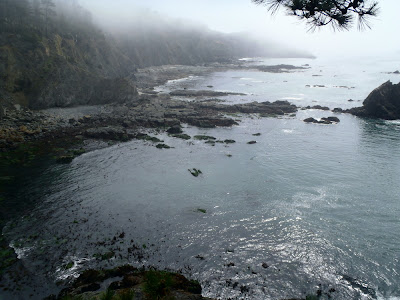 But I did get a lot more brush clearing and tree cutting done.

The abalone are laughing at me.

Mike,
Don't be bitter. It's so beautiful how can you be bitter. There will be abalone.
RZ