The New Chainsaw (wherein I impersonate a lumberjack) 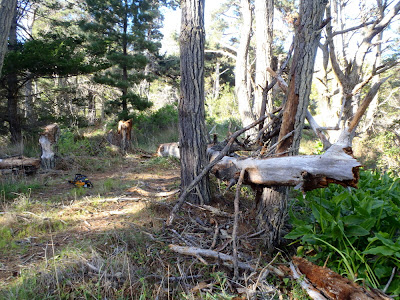 The real reason for heading north was to arrange for some long delayed maintenance on our Mendonoma property. The real motivation to go now was the hope of finding good conditions for the opening of abalone season. 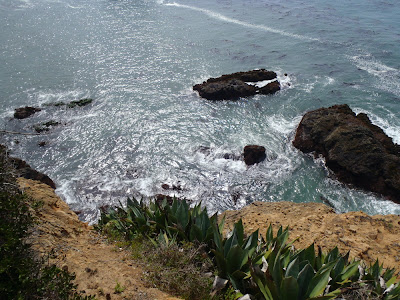 After reviewing bids to take down some dead trees threatening the driveway, I decided to do it myself. How hard can it be? Got a good deal on a chainsaw from a mail-order clearance catalog. Tuesday was a work day while waiting for a dive buddy to arrive. 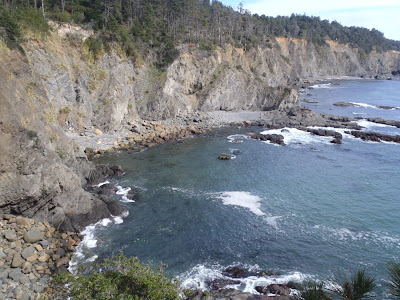 Got the new chain saw fired up and practiced on some brush and dead limbs, then took down two smaller trees, successfully getting them to fall exactly as intended. 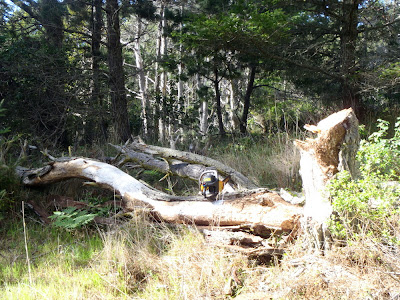 With that I felt confident enough to take on the biggest tree that had to go. The trunk was about the limit of what could be handled by the 18" blade of the chainsaw.  I thought this post would be more interesting with video, so balanced the Olympus on a stump to document the tree fall.  It was a little more exciting than I anticipated.


The idea was to cut the trees now to control their fall,rather than wait for it to fall in a windstorm and  block the driveway. Two out of three ain't bad.  That's what I told my neighbor Charles.  He explained that two out of three may be good in baseball, but three out of three is expected when cutting trees. 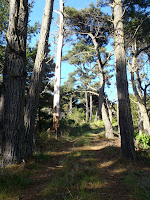 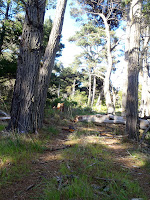 Well I made a little more work for myself, but the tree is down and eventually the drive was clear. The chainsaw more than paid for itself.  A lot of the wood was rotten, which made it tough to control the fall. But it did make a nice home for a lot of interesting critters.


By the end of the day I felt I earned  the beer, scotch, and a lumberjack sized burger at Sea Ranch lodge. 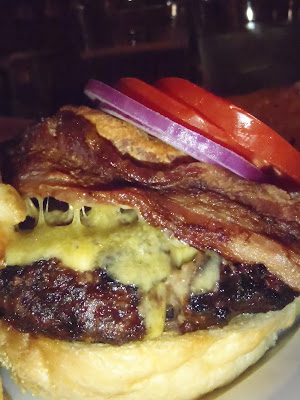 Maybe the moral of the story is to leave the cutting to the real lumberjacks! Glad you weren't hurt.

Perhaps. But then we don't want to leap to conclusions. As General Buck Turgidson said to President Merkin Muffley upon learning that SAC had accidentally launched a nuclear attack on Russia triggering a doomsday device and the end of human civilization:

"Well, I, uh, don't think it's quite fair to condemn a whole program because of a single slip-up."

From the movie Dr. Strangelove.