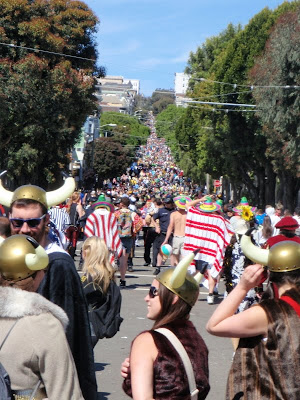 The bottom of the hill
After almost 30 years in the City, at the 100 year anniversary of the race, it was time to show up and take a few pictures. I thought it would be mostly over by the time I got to to Hayes and Van Ness. Looking up the hill, recognized a few thousand of my closest friends, so decided to walk along for a while. 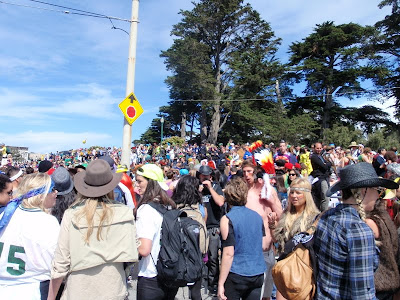 The top of the hill. 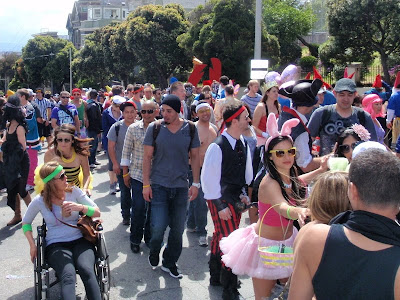 And they just keep coming
Officer confiscates alcohol...
It's kind of like draining the oceans with a teaspoon. 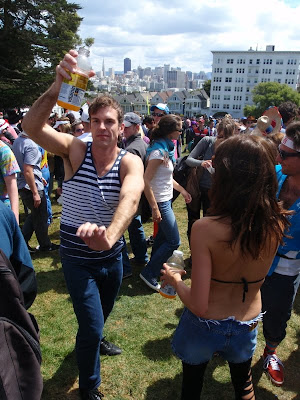 Dancing in the park 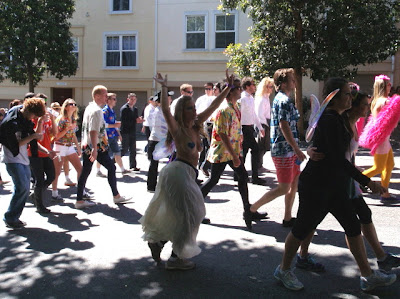 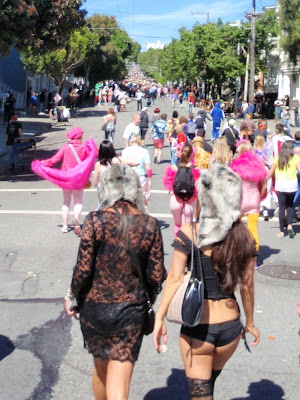 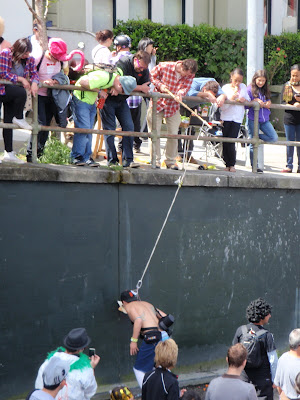 Fishing for runners - a big one takes the bait. 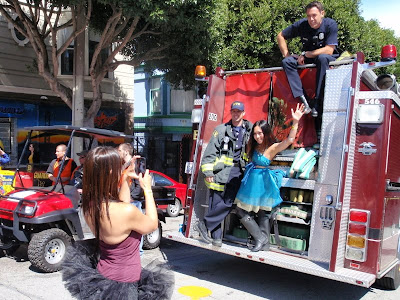 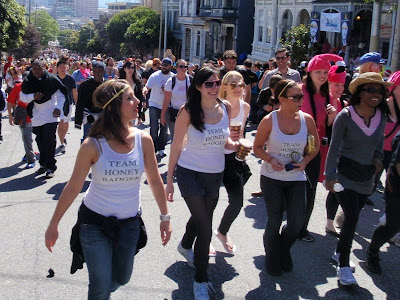 What can I say? It's weird. It's fun. It's San Francisco.

Pacifica Patch was a sponsor, reported on the event, and has a bunch more pictures linked here. Check it out.