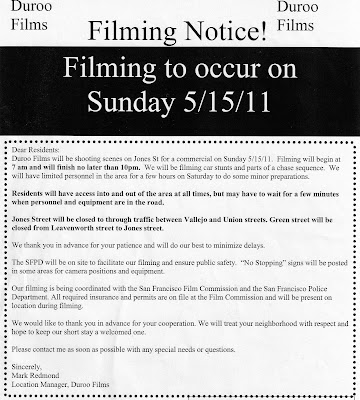 Busy day in the neighborhood. We received a notice that on the same day of the Bay to Breakers Race, "Duroo Films" would be shooting scenes for a commercial to include "car stunts and parts of chase sequence". They closed our intersection for a block in every direction for the entire day.

I am a little dubious about it being a commercial. It just seemed like way to much of a production and too big a crew just for a commercial, Then there is the matter that "Duroo Films" is apparently a stealth operation. Whatever.

The draw for filming on our corner is the steep straight dropoff on Jones Street. This shoot is apparently reprising part of the Bullitt car chase scene - the one that started it all. We have had some problems on this corner with amateurs attempting car flying off this hill. Hopefully this film will not re-stimulate interest in that particularly dangerous activity.

They started setting up early, yet shooting did not begin until I got back from Bay to Breakers late in the afternoon. We had a birds-eye view from our terrace, and enjoyed watching the proceedings. 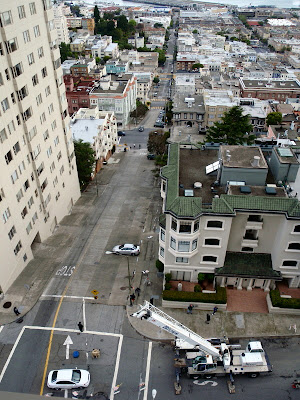 Setup in the morning 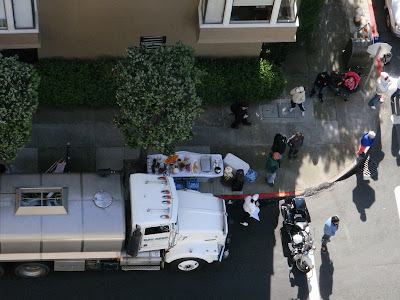 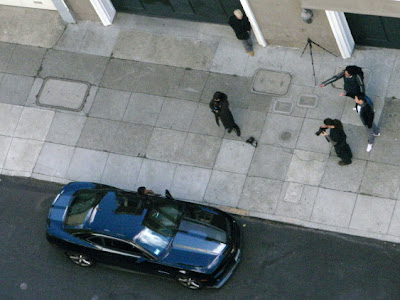 This Camaro was the subject of a photo shoot - but it did not do any of the stunts. 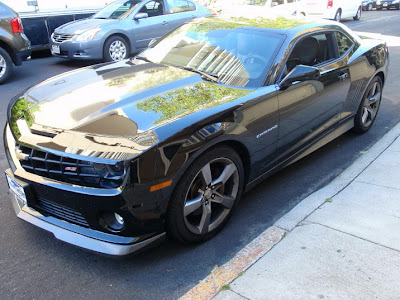 A spare seat for the guy in the clip. 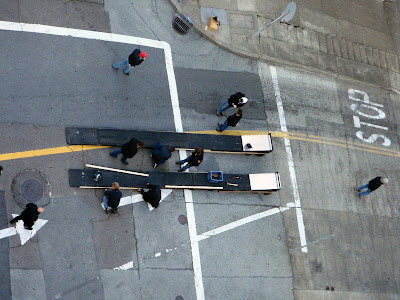 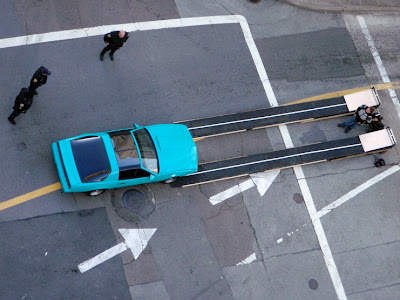 Stunt driver measures the ramp for the blue car.
It's an odd color - perhaps to be easily "green screened" out for post production flexibility? 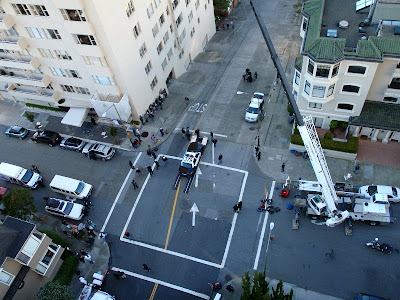 Of course, you need a cop car for any decent chase.
Finally, late in the afternoon, they got the clips they were after:

So - after closing the intersection for the entire day, with cranes, production equipment and trucks lining two streets, it took this crew of over one hundred to create a shot that will probably be on the screen for less than 10 seconds. What a business.
Posted by mw at 11:51 PM