Big Shag Big Stout #10 of 12
Whither the prodigal beer? 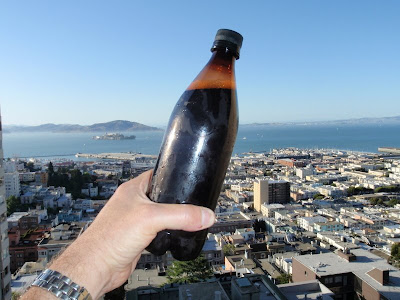 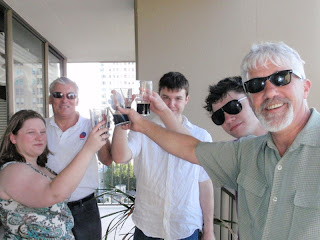 A toast to all who made this moment possible. 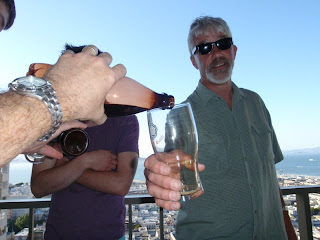 The last pour and the beginning of a mystery...
As we lamented and celebrated the passing of BS2 10of12, I remarked that 11of12, currently in storage at Shag Lake, would probably be consumed in another week and certainly not survive the year. This would leave only 12of12 remaining, which I presumed to be in the hands of Brewmaster Joel. Brent revealed that Joel claims he no longer has any BSBS. If true (and that is a big if), we have a major mystery on our hands. What ever happened to number 12?
Posted by mw at 6:36 PM