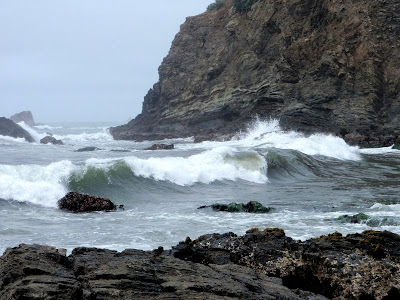 We walked down to the beach without gear to determine if there was a more sheltered spot we could dive. This picture illustrates why we could not. The rock on the left is one of our favorite spots (although the spot is pretty picked over now). There is about 2-3 feet of the rock sticking out of the water in this pic. You'll note the crashing wave is somewhat higher.

Rick amplifies on the rationale for not getting in the water. 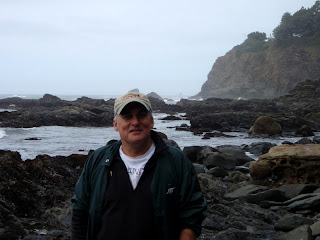 And after all that, we decided to go in anyway. 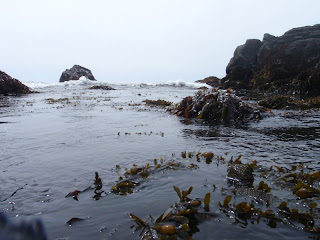 We found a small section on the far side of the cove that seemed to be protected from the waves. So... back up the hill, suit up, back down, and into the water. 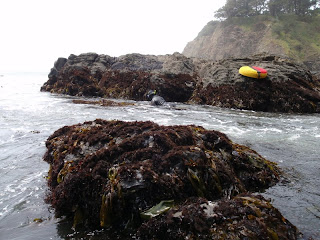 Problem being, it was so shallow that it is likely that this spot was not even under water in a minus tide. Hence - no abs. 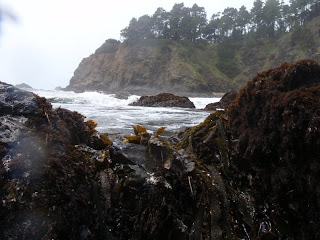 And no way to to get out to where they were. 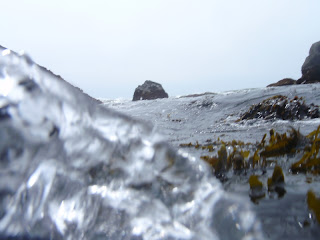 After about 45 minutes of bumping into rocks in nine inches of water with one inch visibility, we figured it was kind of pointless. 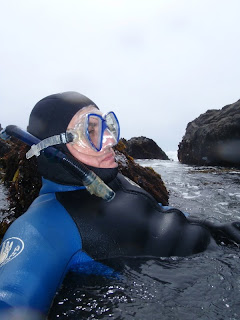 So I just took some pictures and a short nap.
Posted by mw at 5:37 PM