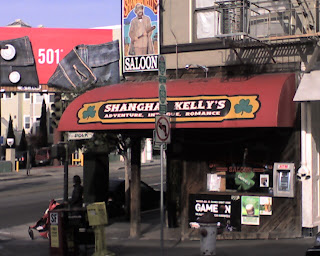 Sigrid sent me out for some corned beef for dinner. Shanghai Kellys happened to be right along the way. 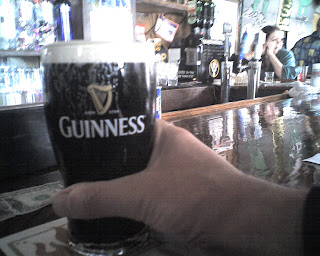 I sat at the bar next to a recent immigrant to The City, some guy from a faraway land called "Nueanglann" or something like that. He asked me why I was wearing orange when everyone else in the bar was wearing green. He then told me his tale of woe as a Boston Red Sox fan, complaining about how long he waited for the 2004 World Series. I explained to him that - counting 2004 and 2007 - the Red Sox have now won six World Series championships since the last time the Chicago Cubs won a World Series. Then I hit him, finished my Guinness, and left. It has been a good St Patty's day.
Posted by mw at 5:31 PM