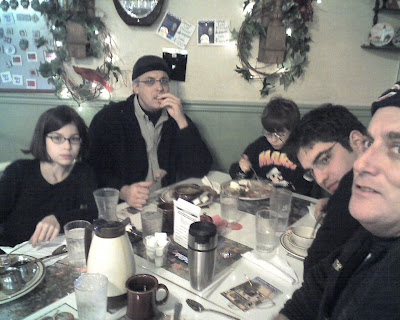 We stop at the Swedish Pantry for lunch in Escanaba 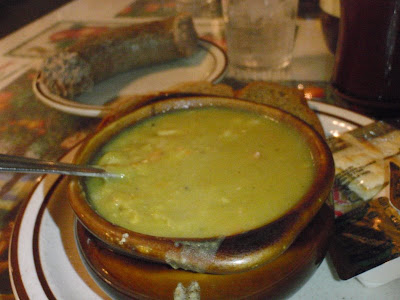 Jim Harrison from "The Raw and the Cooked":

"The next morning before I left I called the Swedish Pantry to check on its soups. "We always have the same soups," I was advised, the phone voice informed with what passes for mystery among the Swedes. It was, however, the best pea soup I had ever eaten, and, accompanied by limpa bread and side of herring, it was a fine load of fuel for the drive to Appleton, Wisconsin."

Apparently they don't make the herring any more, so I had a side of potato sausage with the split pea soup. The soup was indeed very good, as was the limpa bread, but I am not ready to call it the best ever. I liked the potato sausage even more.
Posted by mw at 12:48 PM