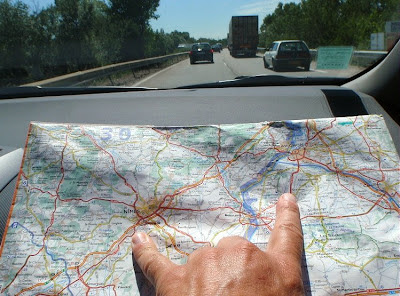 After a leisurely morning by the pool, we caravan to Nîmes with the seven of us riding in two cars. Carolin and Wes drove, Sigrid and I rode with Wes and Susan, I navigated. The navigational errors were hardly noticed and not worth mentioning.

Nîmes is the site of one the best preserved Roman Arena's in France, and is still in use today, including bullfights every Sunday. After watching me stitch together a panorama of the Arena in Arles, GeeGee came up with a better solution to photographing the Nimes arena - 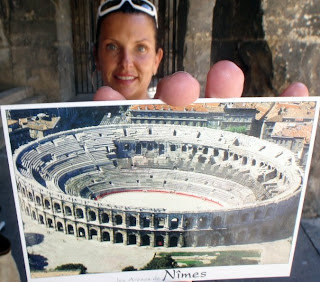 "Just take a picture of this postcard"
We tour the Arena and explore the town: 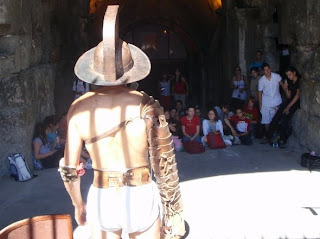 Molly insisted I take this picture. She has a thing for guys in diapers. 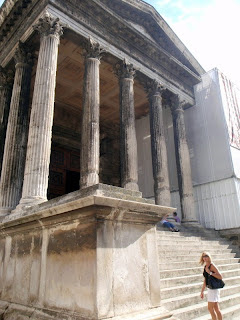 Molly at the Roman Temple 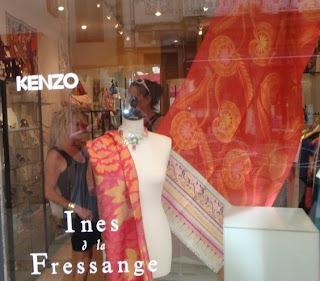 Susan and GeeGee in another temple. 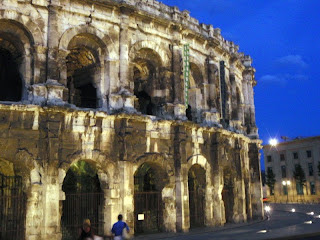 The Arena at night.
Then dinner at Restaurant l'Enclose de la Fontaine where we were seated outside in the garden under a tree, where we were soon joined by... 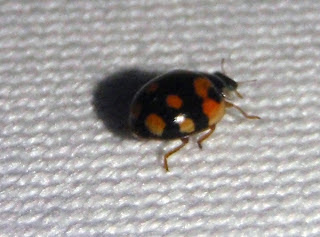 ...this uninvited guest, who took a particular liking for Carolin and a leisurely stroll across the table.
We all ordered the prix fixe dinner, which started with... 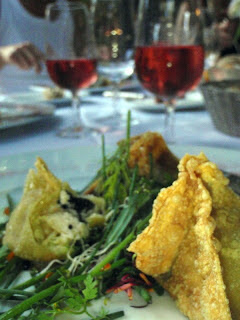 Ravioles frites farcies a la chair de crabe
For the entree I selected the... 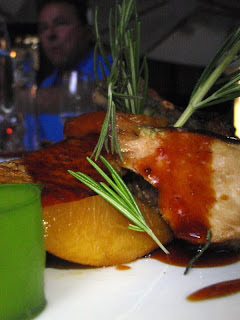 Supreme de pintade aux peches, oignons confits
...thinking I was getting duck, but was informed by the waiter that it was guinea fowl. It was good, but I was out-ordered by those at the table who chose the... 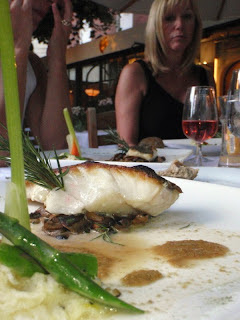 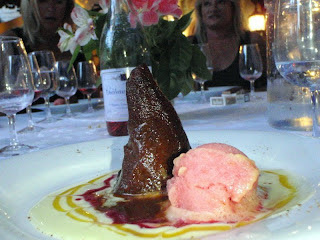 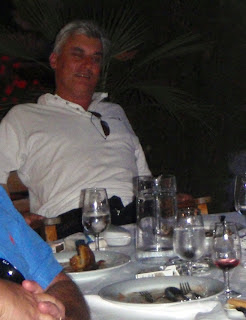 I honor the chef with a traditional Midwestern gesture of appreciation - unbuttoning my slacks, loosening my belt and extending my belly to the edge of the table.