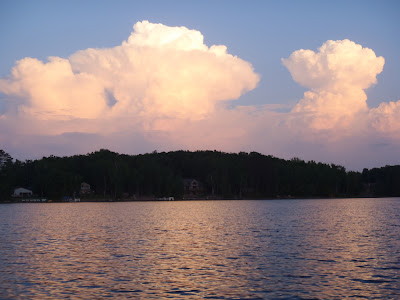 This trip, both Jonah and I experienced small pike on the hook getting hit by a bigger pike while reeling in. This prompted the HDW hypothesis "You need bigger lures."  To  put the hypothesis to the test I picked up a 5 inch,  3 hook, rapala knock-off at Walmart. 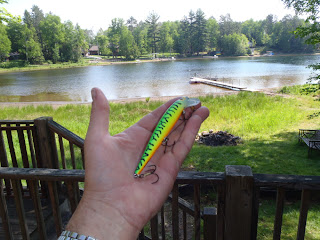 Dad wanted to watch the Cubs lose another game, so with distant thunderheads flashing in the setting sun, I took the lure for a test run at and a quick troll. After 45 minutes around the point, down Aho's alley, and starting up Jacobsen's Wall I caught two nice pike that just missed the 24" cut. 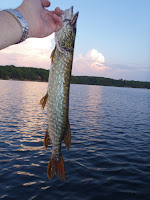 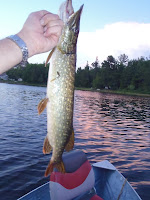 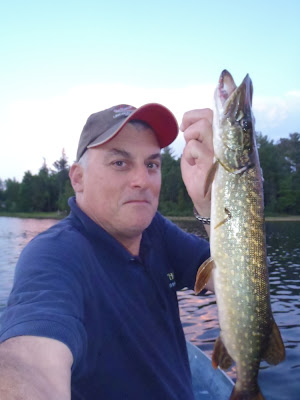 We have preliminary confirmation of the HDW hypothesis.

But the evening fun was not over. Earlier in the day, dad rigged a short bamboo pole to do some worm fishing when we returned to Blug City. 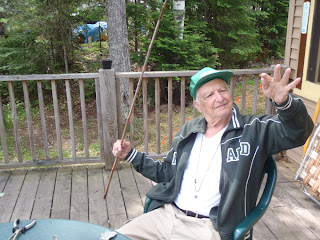 When I departed for the evening troll, I threw the pole on the dock.  It was dark when I returned and as I tied up the boat, I noitced the bamboo pole was no longer on the dock.  Looking around, I saw the floating bamboo pole moving away from the dock, seemingly under its own propulsion. Nothing to do but roll up the pants legs and go after it. 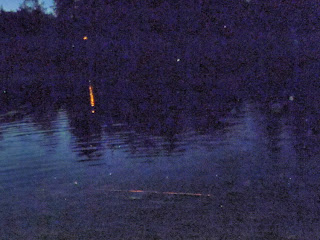 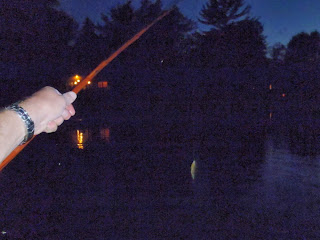 Net net - my only keeper. 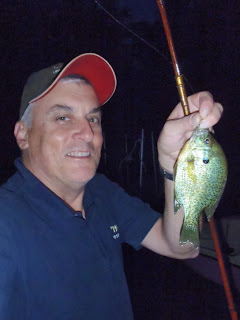 Crap. I can't stop myself.

That's what she said.