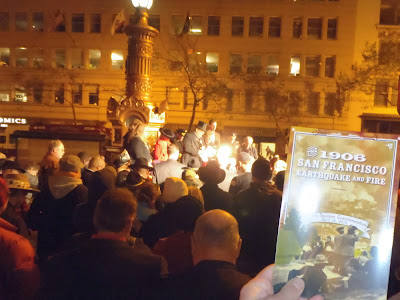 More pictures from the early morning 1906 Earthquake commemorative event at Lotta's Fountain. The landmark became a meeting place for separated family and friends in the aftermath of the great quake.  I was quite pleased with myself getting down to Kearney and Market by 5:00 AM, despite a late evening the night before. 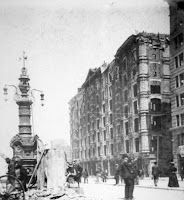 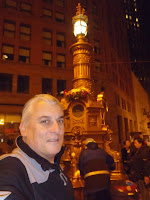 Lotta's Fountain - Then and Now

Carl Nolte says every San Franciscan has to do this once. I can  now check it off my list. 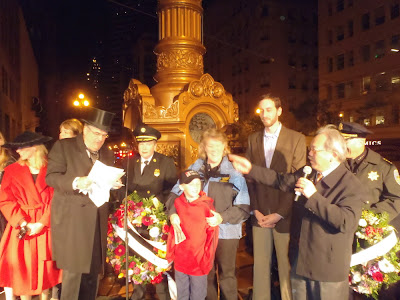 Neither of ex-mayors made it to the early morning event, but the current mayor did. 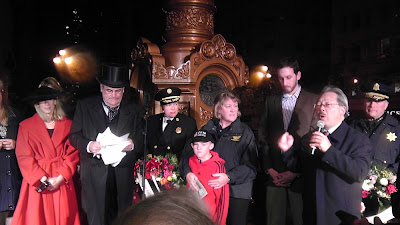 There were quite a few more people than I expected, The highlight of the event was seeing the two survivors present: 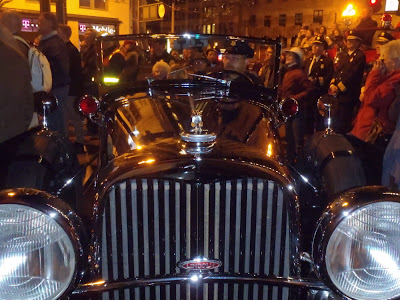 Hundreds remember 1906 quake, honor survivors
"Firefighters and cops in old-time uniforms milled around while residents in top hats and cutaway coats pretended they lived in the early 20th Century. Bleary-eyed politicians espoused preparedness and admired the grit of those the survived the quake and rebuilt San Francisco.

The main focus of the morning was the two present survivors, George Quilici, eight days from turning 107, and Winne Hook, 106.  Quilici and Hook were both infants when the San Andreas Fault slipped at 5:12 a.m. on April 18, 1906, and the 7.9 quake rumbled toward the city. The quake set off fires that tore through the city for three days, leaving the heart of San Francisco in ruins.  Neither Quilici nor Hook remembers the devastation. He was only 11 months old when the fires burned his father's saloon at Columbus Avenue and Bay Street to the ground, and Hook was all of 2 months old when the quake rocked her home in San Jose.  But that didn't stop well-wishers from doting on them like rock stars as the two sat with bemused expressions in the back of the city's 1930 black Lincoln." 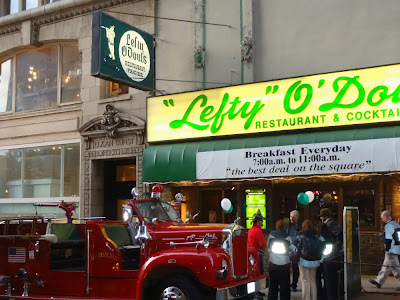 Tradition dictates that celebrants convene at Lefty O'Douls for breakfast and Bloody Marys after the ceremony. Who am I to buck tradition? 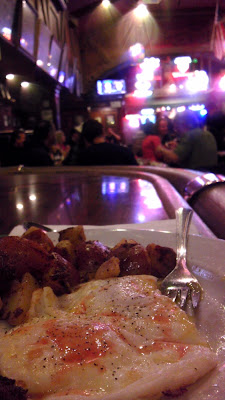 Time for a nap.

More on the event and an interesting selection of earthquake aftermath photo's linked here.