A perfect day for a parade of boats along the waterfront. Today local sailors celebrate the traditional opening day of the boating season on the bay. A lot of the fun is seeing how the boats are decorated, so our vantage from the top of Russian Hill is not optimal. Still. the increased activity on  the bay is fun to watch from here. Binoculars also help.


About an hour compressed into a minute using Lapse It - pro on my Android.

"...about 115 vessels of all types - from small sailboats and luxurious million-dollar yachts to President Franklin D. Roosevelt's historic yacht "Potomac" -- heralded the start of the bay boating season in a colorful procession along the waterfront from Crissy Field to Pier 39. Bernt said the yacht "Enchantment," representing the Ebony Boat Club of Antioch, won the parade's best overall prize. Its crew members donned uniforms of Buffalo Soldiers, and also dressed up as President Barack Obama, Vice President Joe Biden and other White House dignitaries. On another yacht, decked out as a pirate ship, the skipper actually walked the plank and jumped into the bay in front of parade judges. One sailboat that apparently cut into the parade route carried a sign reading "Occupy Alcatraz." Boaters dressed in blue blazers, red ties and white yachting slacks lined up on their vessels to salute their fellow St. Francis Yacht Club members watching from the shore." 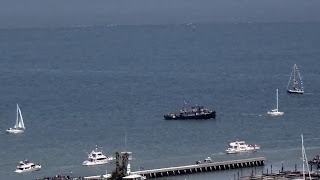 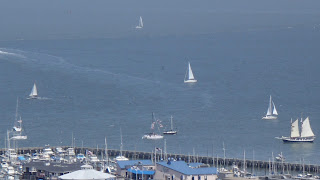 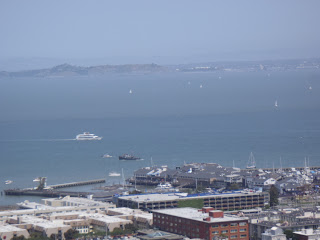 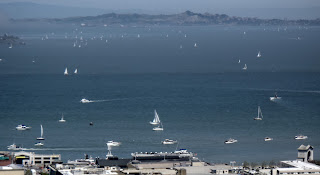 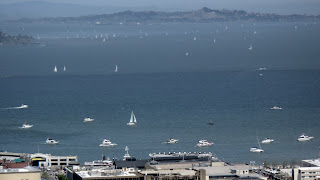