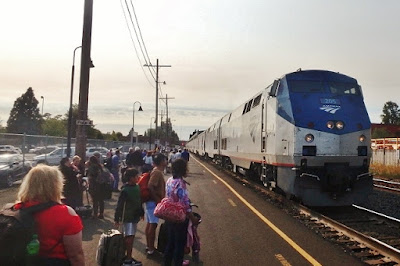 On the day after the celestial extravaganza, Harlan and family continued Jonah's college tour with stops at Oregon University and Oregon State, then proceeded to Portland for an early flight back to Chicago.

I intended to  ride with them to Eugene on Tuesday and catch the Amtrak Coast Starlight overnight train back to the bay area.  Due to an overabundance of eclipse tourists or an underabundance of planning on my part, the first ticket I could get was the last coach seat on Wednesday the following day.  Which gave me another day to spend with cousins in Philomath, whether they still wanted me there or not.

We had a relaxing day, worked through the leftovers from numerous feasts of the last few days, organized pictures and worked to bring this blog up to date.  With leftover abalone steaks we prepared a favorite - the BLAAT -  a Bacon, Lettuce, Abalone, Avacado, and Tomato sandwich. Simply the finest sandwich in the history of this or any other universe. 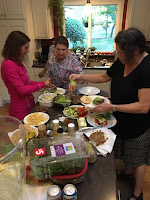 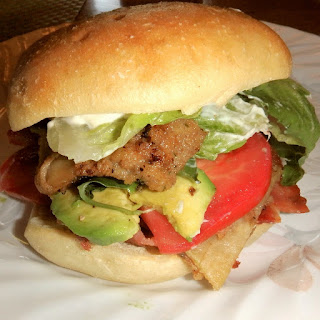 Rob and Paula entertained us with a screening of La La Land (👍). Enjoyable, well acted, well directed, innovative - but not sure it measures up to the hype at the Oscars. Unintended consequence: After experiencing Rob's blue-ray home theater setup I am determined to rip out my obsolete system and initiate a forklift upgrade. But I digress. 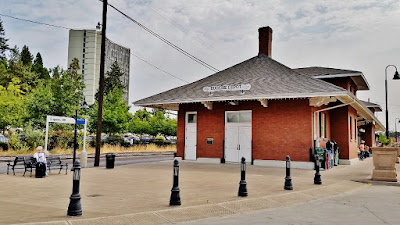 Wednesday Rob drove me to Eugene to catch my train home. I had a few hours to kill exploring the area around the train station. Found a decent lunch special at Sushi Ya .... 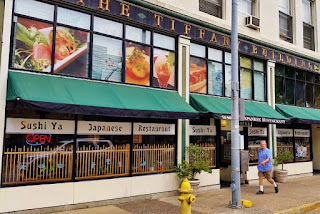 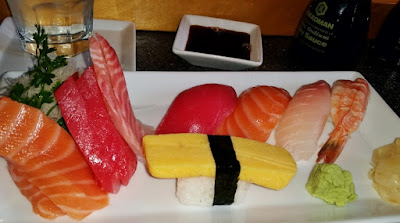 ... then settled in at the Jackalope Lounge across the street from the train station.

Finally it was time to catch the train and bring our eclipse adventure to a close.

The train ride itself was about 15 hours from Eugene to Oakland - Jack London Square Station. The seats are comfortable - about like US airline business class. It's great to travel without being strapped in and to wander freely from your seat to the lounge or dining car. The food in the dining car is mediocre and wildly overpriced... 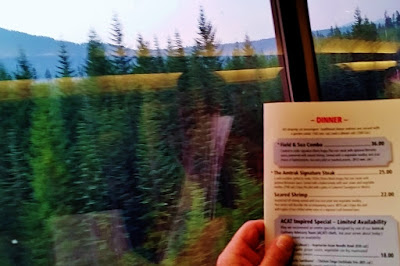 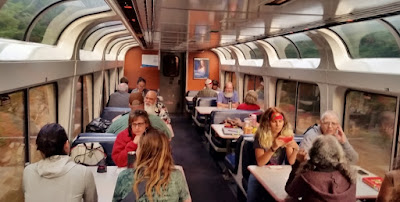 ...and some AMTRAK staff hate their jobs and show it, but in general I found the trip to be pleasurable and a civilized way to travel. It's all relative. Compared to your typical commercial airline flight, it was great. I'd do it again, but for a night route like this I'd spring for a sleeper car. 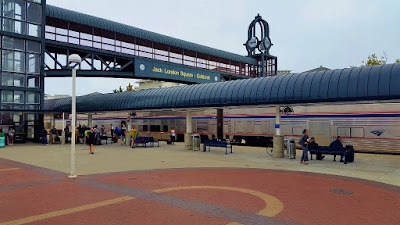 Pulled into Jack London Square about 9 AM Thursday.  I generally don't pay much attention to municipal statuary, but it's apparently become the most pressing social issue facing the country in recent weeks. So I took note of the most prominent statue in my departure and arrival stations: 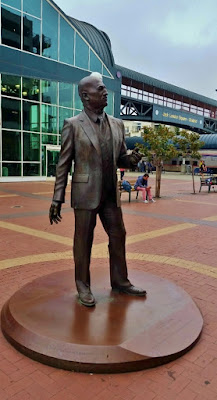 Eugene features a hexagonal, pyramidy, towerish public art installation ensconced with decorative flower mosaics and a metal compassy thingy on the top. Engravings of apparently significant time and space milestones circle a granite layer cake foundation. Among them - the distance to Tombouctou (6,799 mile) and the year Jerry Garcia died (1995).

Oakland features a bronze statue of C.L. Dellums striking a heroic pose in front of the Amtrak station. C.L. Dellums was a labor leader, organized the Brotherhood of Sleeping Car Porters, fought for and served on the Fair Employment Practices Committee, and was the uncle of Ron Dellums - corrupt U.S. Representative and incompetent Mayor of Oakland.