Cubs vs Giants at ATT Park 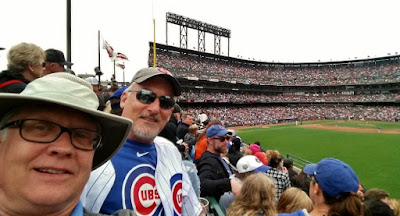 The World Champion Chicago Cubs are in first place in their division and in town to play a 3 game series against the Giants - who are currently 25 games below .500 and 35 games behind the division leading L.A. Dodgers. But, that does not tell the whole story. The Cubs just lost the two previous series in Wrigley field and, like most Cub fans - I am seriously angst ridden about the way they are playing in 2017:


The Cubs weren't playing at home when I was in Chicago last spring, and I won't be back to Chicago until late October. Unless they are playing in the World Series, this may be my only chance to see them play this year. The Cubs won Monday night, amid the hoopla about Barry Bonds breaking the all-time home run record 10 years before. That brought back memories, as I was at the park that night in 2007:

Roy and I decided to go the Wednesday game. It was an afternoon game and, after the Cubs lost on Tuesday,  the rubber match of the series.

ATT is a great baseball park to watch a game. Probably the 2nd or 3rd best park in the country behind Wrigley Field. It's in the City, so I can walk the 4 miles from Russian Hill to proactively work off the over-priced beer and food I would indulge in the park.  Got the tickets on GameTime at 50% off of face, met Roy at MoMo's for a beer and went in to watch the Cubs lose yet another series.

They're still in first, but I have my doubt whether they'll still be playing late October. Unhappy outcome but a fun outing. Some pics from the day:

A foggy morning to start the walk from Russian Hill 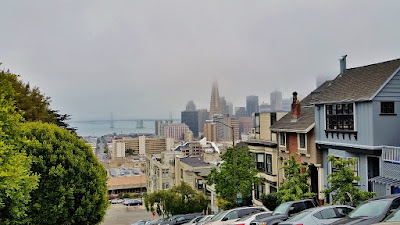 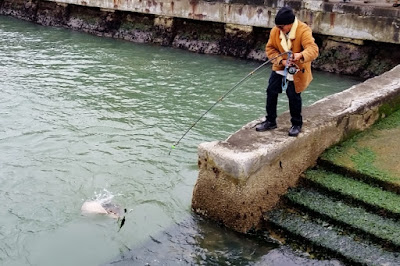 I have some video footage of that amazing catch, which I'll post later.

Then on to MoMos to meet Roy for a a pregame beer or two. 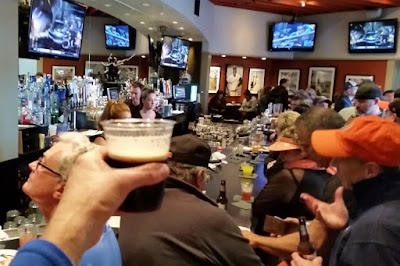 And into the Park: 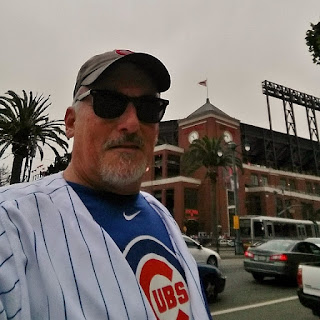 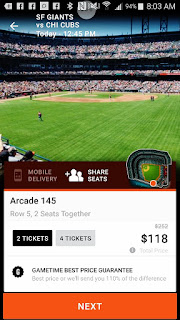 We sat in the Arcade Section. It's the closest thing to being in the Left Field Bleacher in Wrigley.

I hate having to explain a Cubs loss to Giants Fans.

Pence goes deep, Bumgarner puts in quality start, Giants beat Cubs
"Hunter Pence played 42 home games this season before launching a home run. After Wednesday, the San Francisco Giants right fielder has hit two in his last four starts. His eighth-inning, opposite-field shot gave the home team an insurance run in its 3-1 win over the Chicago Cubs in the series finale from AT&T Park. It also allowed starter Madison Bumgarner to breathe a little easier from the bench after submitting a quality start over seven innings. Bumgarner’s win wasn’t secure for most of the game."