I felt like a kid on Christmas morning. Up with first light, Rob already had coffee brewing, quickly followed by blueberry pancakes and a crust-less spinach quiche. I don't know if I mentioned it, but we are eating too well. 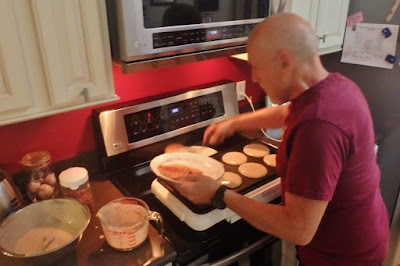 We were a little concerned by some early morning haze and clouds. No worries - it quickly burned off and we were greeted with blue skies and clear air. 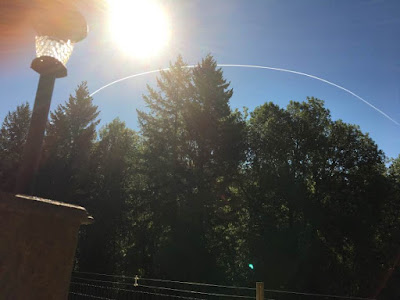 Outfitted with certified eclipse glasses, we settled in on the deck, on the grounds and in the quince orchard for the big event. 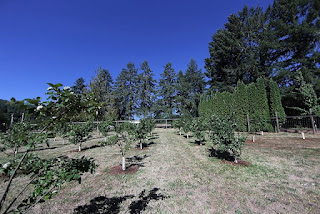 Just in case anyone missed the 1,247,595 warnings about staring at the sun that saturated the media in prior weeks... 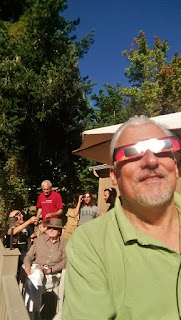 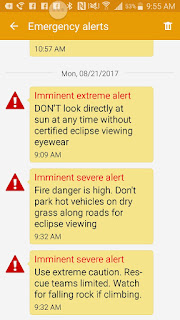 ... everyone received warning alerts on our smart-phones from the emergency broadcast network as the eclipse began. 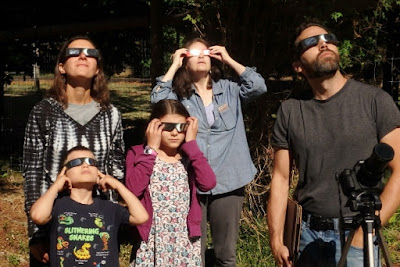 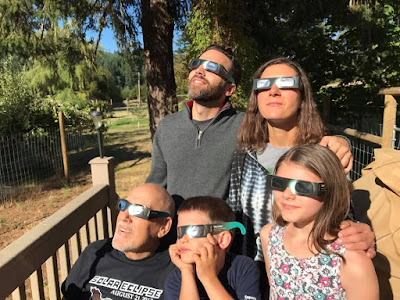 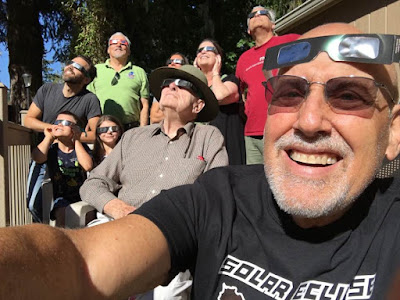 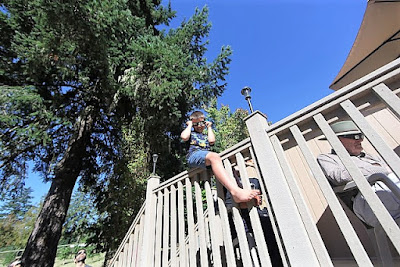 This was my second total eclipse. The first was 26 years earlier during a holiday in Costa Rica. I remember it as a magical experience then, and that sense was not diminished by the experience today. Totality only lasts a couple minutes, but it is simply a wonder to behold. 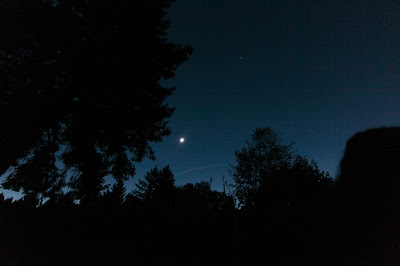 We had a couple of real photographers (brother Harlan and cousin Kamal)  loaded for bear with quality equipment and mad skills in our eclipse watching party. 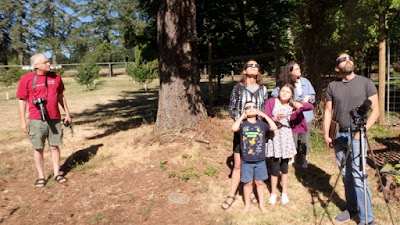 These are the best eclipse photos for each of  us. See if you can identify which is the one I shot (hover over photos for credit): 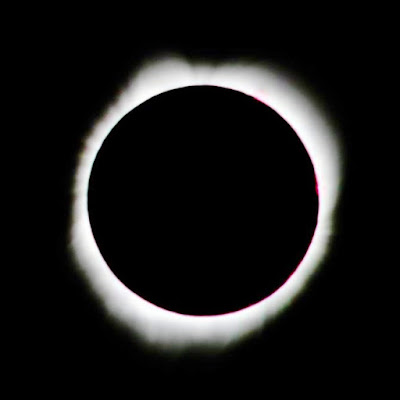 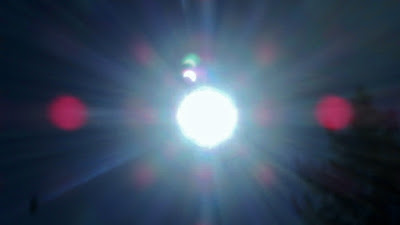 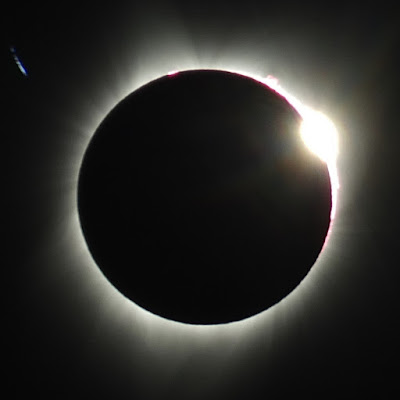 It was over all too soon. We basked in the afterglow of the celestial event, compared notes, impressions, thoughts and wondered why anything that passes so quickly can seem so important. It just is. Was it worth it? Yes. And the evidence is the first question we googled after it was all over: "When and where is the next total solar eclipse?"  [It's Chile on July 2,2019].

The rest of the afternoon we enjoyed a burger and hot dog barbecue,visited with more extended friends and family, took a walk in the Oregon countryside, sorted and shared pictures, posted on social media and... 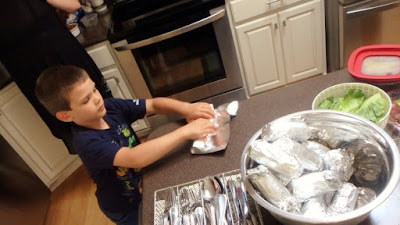 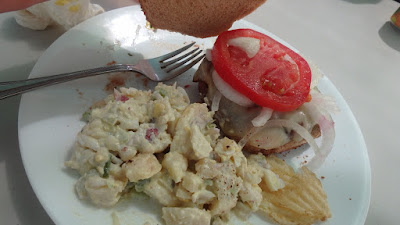 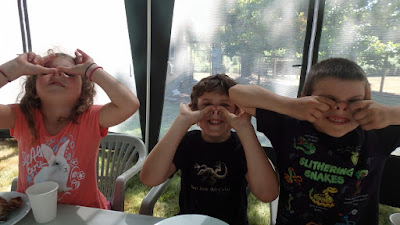 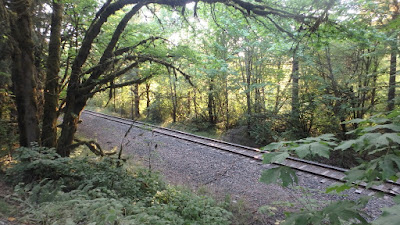 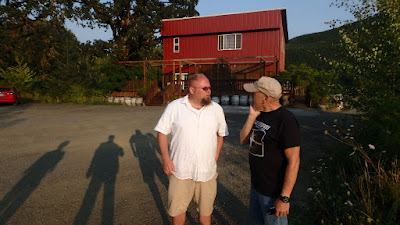 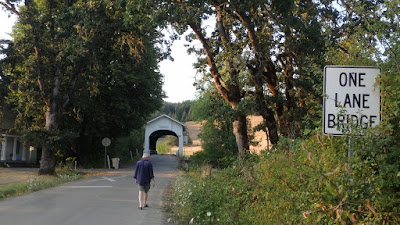 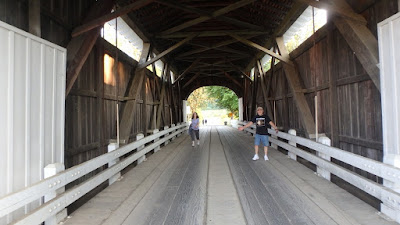 ... enjoyed yet another wonderful dinner of grilled salmon. 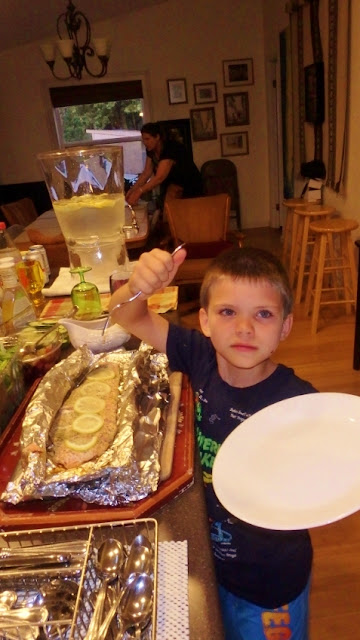 By the end of the day we were full, in every sense of the word.