Bob out of the strap on sex 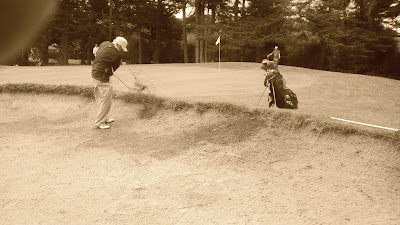 Bob was unhappy.  Some inconsiderate golfers poor rake job resulted in his ball stopping in a footprint instead of rolling back to the flat.   He still got out without a problem.

Blame voice recognition for that subject line. It was supposed to say "Bob out of trap on six."  the group voted to leave it as originally interpreted by my droid.