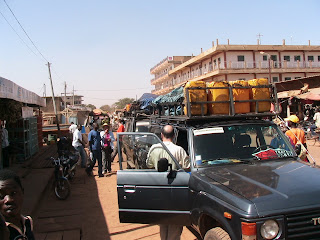 Our tour group in Oaugadougou
Apparently the political storms sweeping the African Sahara have blown into Burkina Faso. I am embarrassed to admit I didn't even know it was the name of a country when we visited during our 2007 West Africa Tour. The journal for our 4 days in Burkina Faso are posted here, here and here. 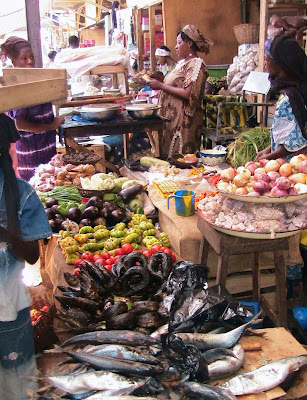 The story of this uprising is getting almost no press coverage here. It is funny how travel changes your perspective. Undoubtedly I never would have noticed this story if we had not visited. The people we met there were wonderful and our thoughts are with them.

"An army mutiny which erupted last week in the West African state of Burkina Faso has spread to a fourth city. Protests have now broken out in Kaya in the north of the country, following disturbances in Po and Tenkodogo. The trouble started last Thursday when soldiers and presidential guards in the capital Ouagadougou protested about unpaid housing allowances. Hours before the revolt broke out, tens of thousands of people had demonstrated against high food prices. President Blaise Compaore, a former coup leader in power since 1987, has sacked his government and appointed a new head of the armed forces to try to quell the unrest. His government warned on Sunday that mutinous soldiers would face "the full force of the law". BBC Ouagadougou correspondent Mathieu Bonkongou confirmed that the unrest had now reached Kaya." 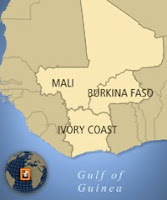 "The West African country of Burkina Faso simmered Monday as a mutiny by soldiers spread to two more towns and a student protest turned incendiary. Troops in the northern town of Kaya took to the streets Sunday night and fired their guns into the air until early Monday morning, residents said. "There was a panic in town and we have closed classes as a precaution measure," said Anatole Kiema, a teacher at a grammar school in the town of Kaya. A resident in Tenkodogo, a town east of the capital, also said soldiers shot into the air for hours Sunday night before returning to their barracks. He said they also stole cellphones and went to bars where they demanded free drinks."

Not paying your army and police is always a bad idea. OTOH - Going into bars and demanding free drinks is my kind of revolution. 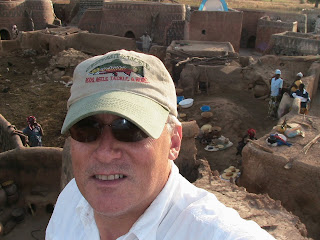