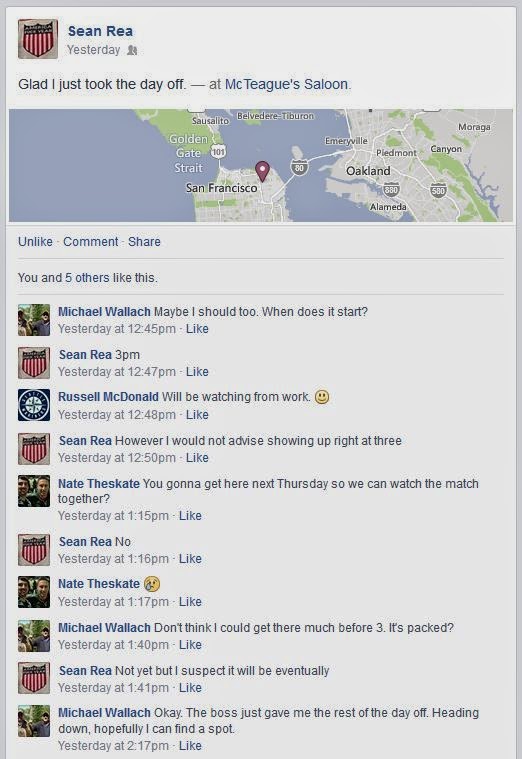 Enticed by cousin Sean's innocuous Facebook post, I wandered down to McTeagues for the US vs Ghana match. Yeah. Soccer. I know. But the NBA and NHL seasons are finally, mercifully, completely over. The NFL hasn't started, and the Cubs still suck. So what the heck - USA! USA! USA!

What I didn't realize is that I was heading for the epicenter of San Francisco Soccer Fandom. 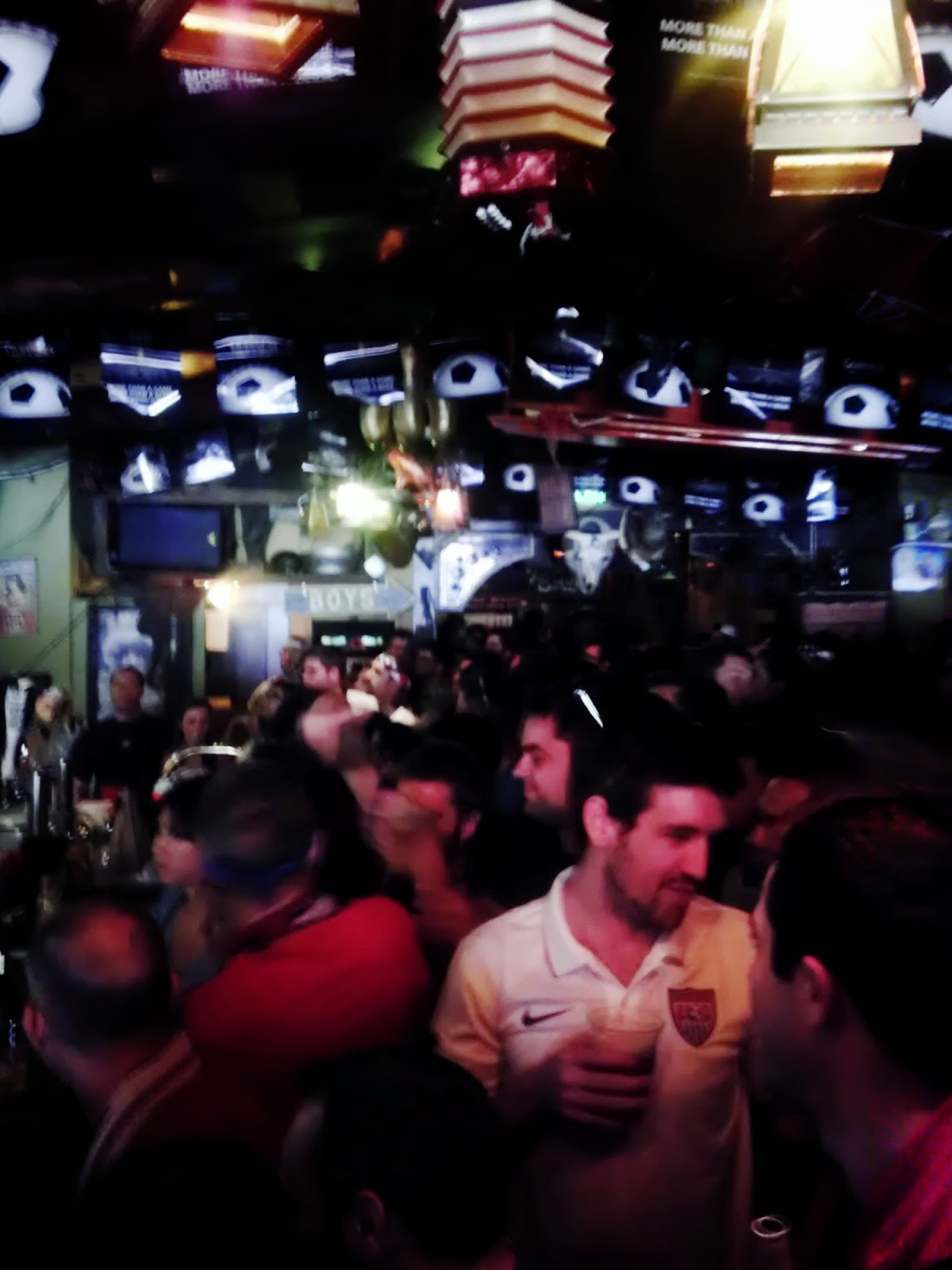 My first clue was the lustiest full-throated rendition of the Star Spangled Banner I've ever heard at any sporting event, let alone a sports bar:


Apparently there is a live video feed of the bar patrons during the game. We are at the bar and in the frame of this video, but lost in the window glare.  Dempsey's early goal got the crowd going:


This guy was pretty funny - The only Ghana fan in the bar.  He said "I live 2 blocks from here. Usually there's just three old Irish guys sitting in the bar watching the game. I have never seen Americans so excited about futball." 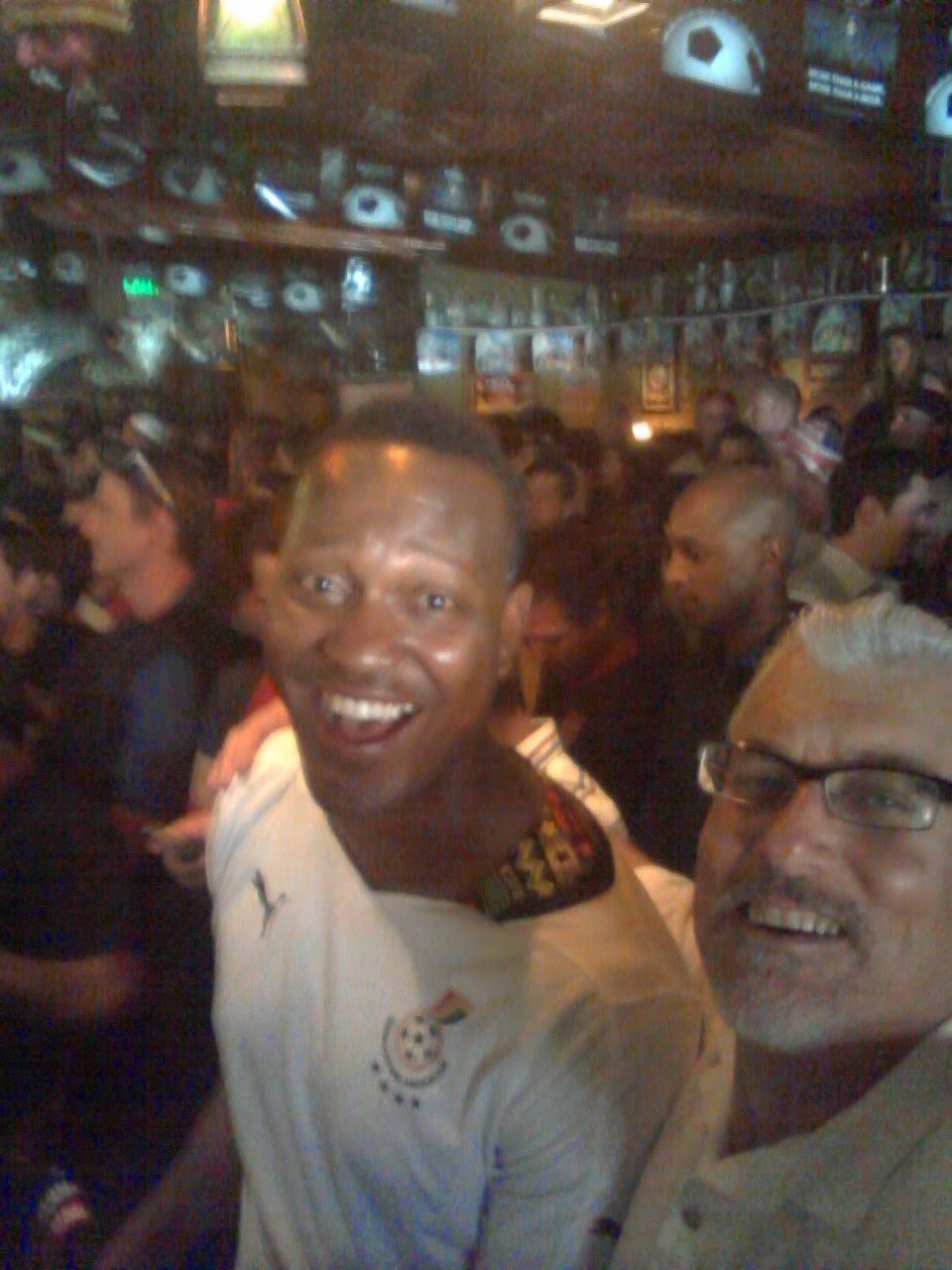 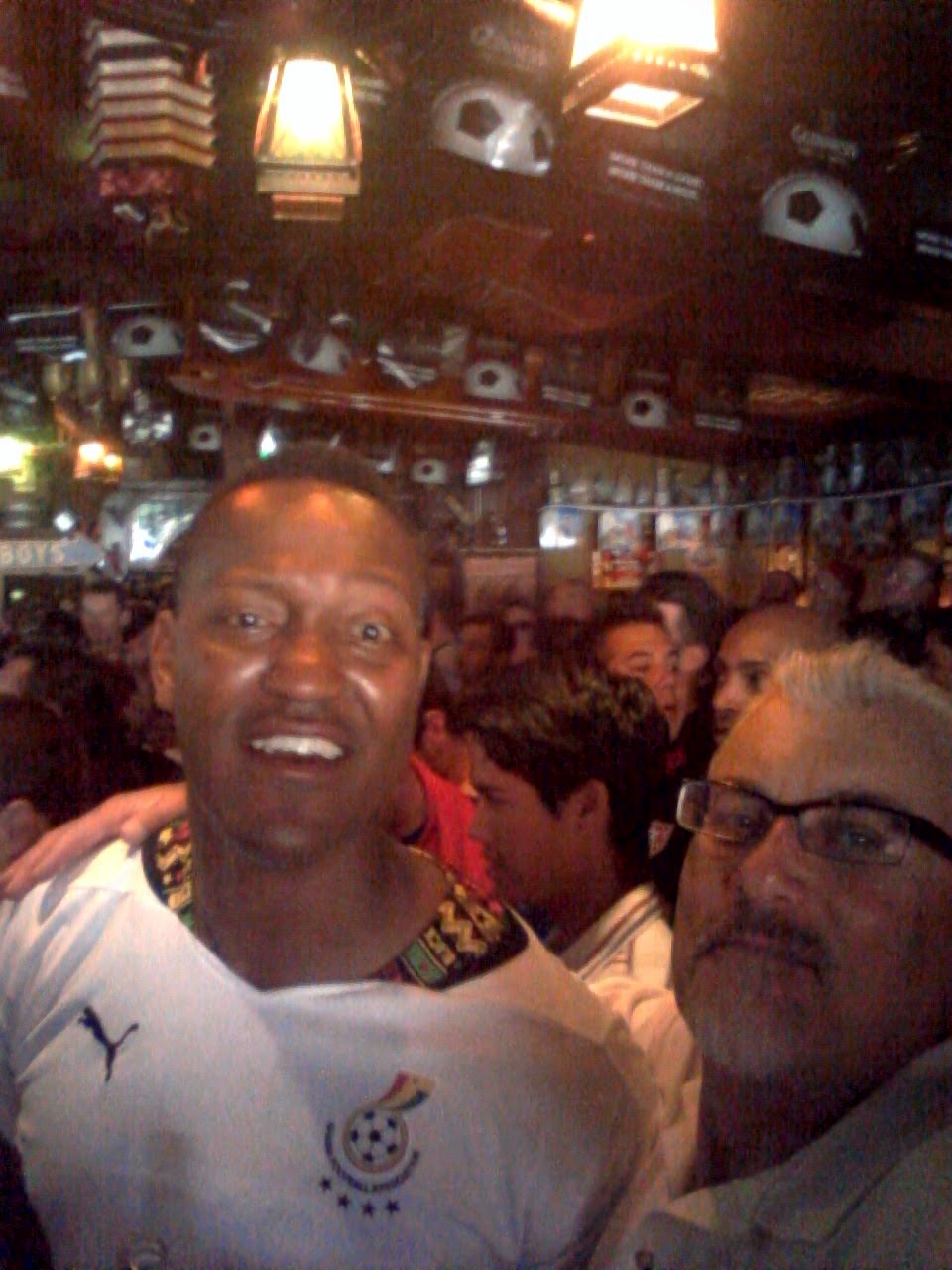 These were taken during the very few minutes in the game when he had something to cheer about - after Ghana evened the match. I e-mailed him these pics so he could send them to his family and friends. Gotta hand it to him, he didn't hesitate to raise his lonely voice in support of his team. His enthusiasm was short lived when Brooks nailed the winner as covered by SFist:

McTeague's Deafening Reaction To The U.S. Win Over Ghana
If you weren't watching yesterday's tense USMNT game at McTeague's then you probably still have your hearing this morning. If you were at the home of the S.F. chapter of the American Outlaws, then you probably know that John Brooks, whose flying header put the U.S. on top 2-1 in the 87th minute, isn't the only one with a bit of a headache this morning. Observe (but maybe go easy on the volume)...


Just goes to show if you concentrate every single EssEff soccer fan in one small bar you can create the illusion that Americans actually like this sport. It made a believer out of me. I imagine Sunday's match against Portugal will be even crazier. Soo.... I was at McTeagues, and the US won on Monday. I kind of feel obligated to be there Sunday. It is the patriotic thing to do.
Posted by mw at 8:12 PM