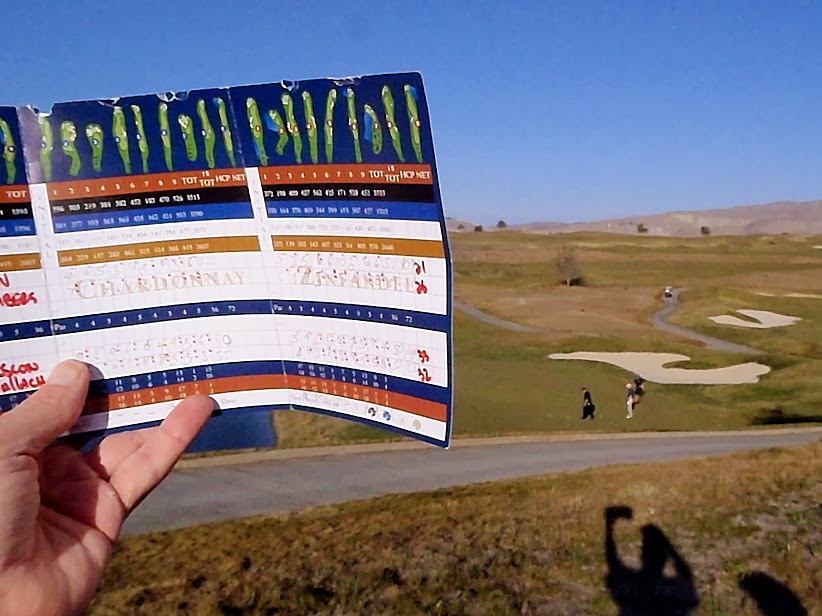 Both batteries for my HTC smartphone were dead by the turn and the live-blog effort at Poppy Ridge ended then and there. I had my Olympus point-and-shoot in the bag, so took few more shots on the back.  In no particular order, and with no particular recollection of which holes were which - the back nine: 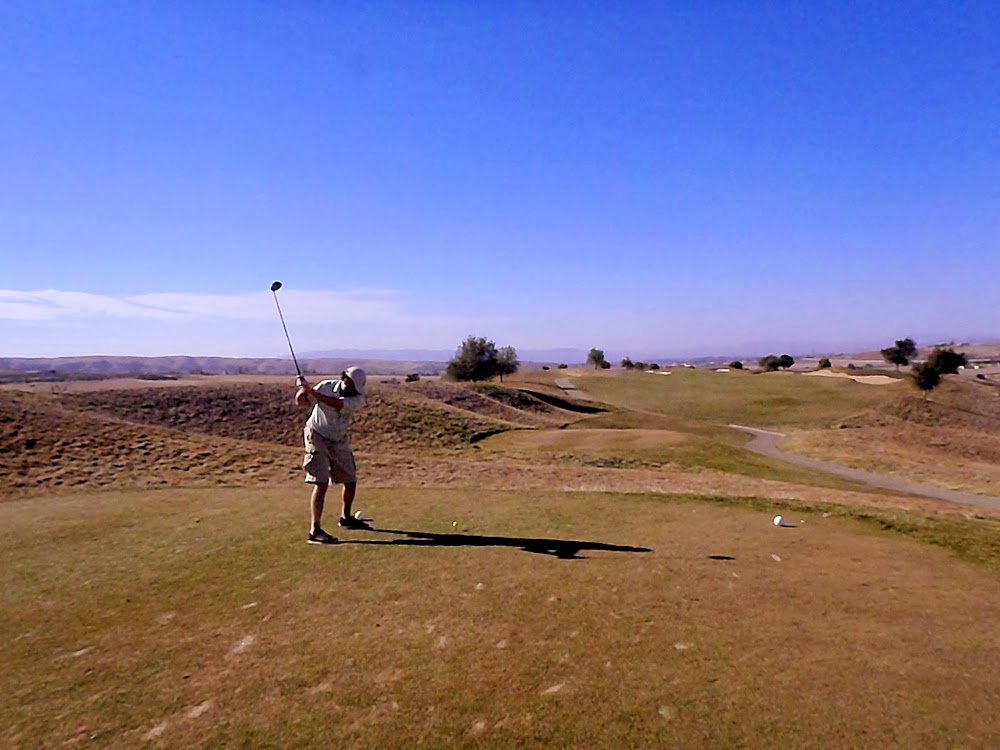 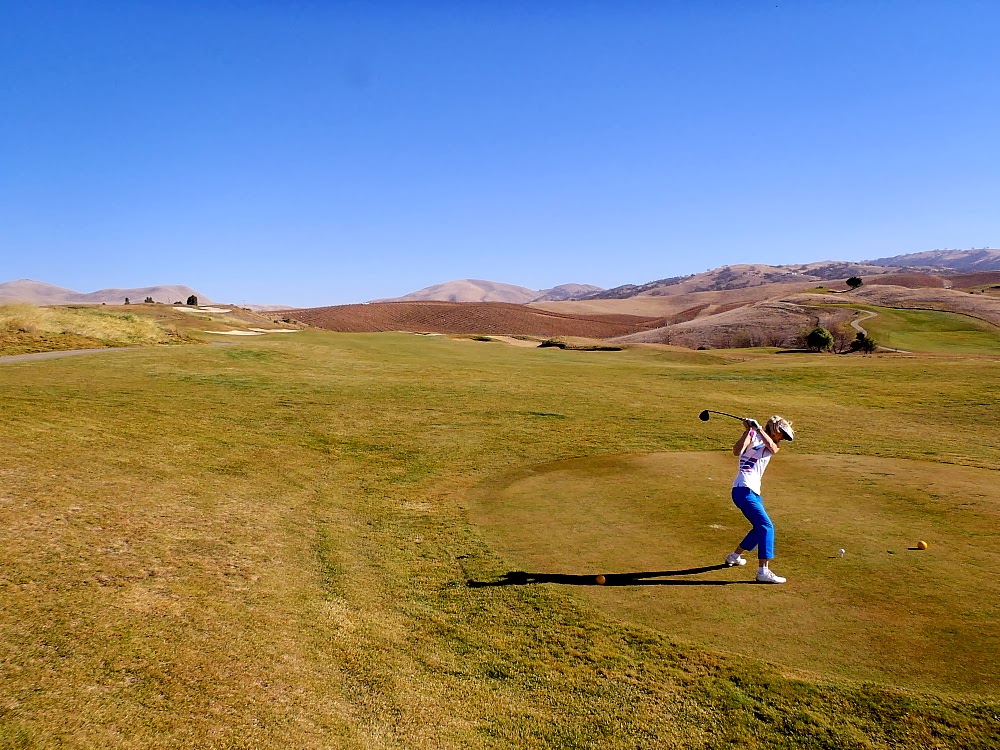 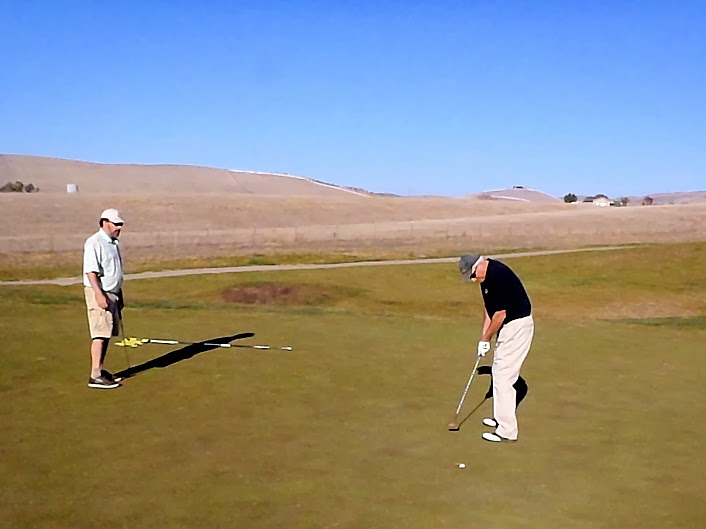 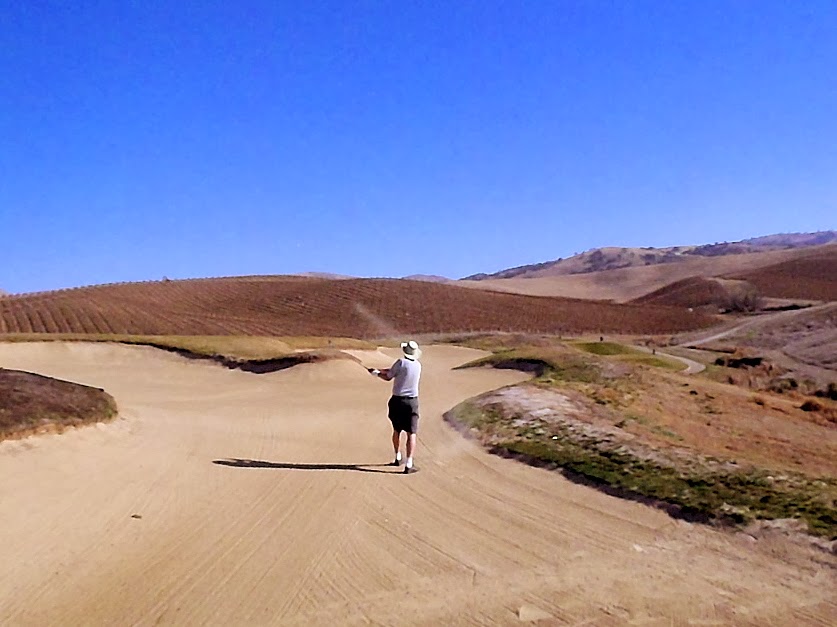 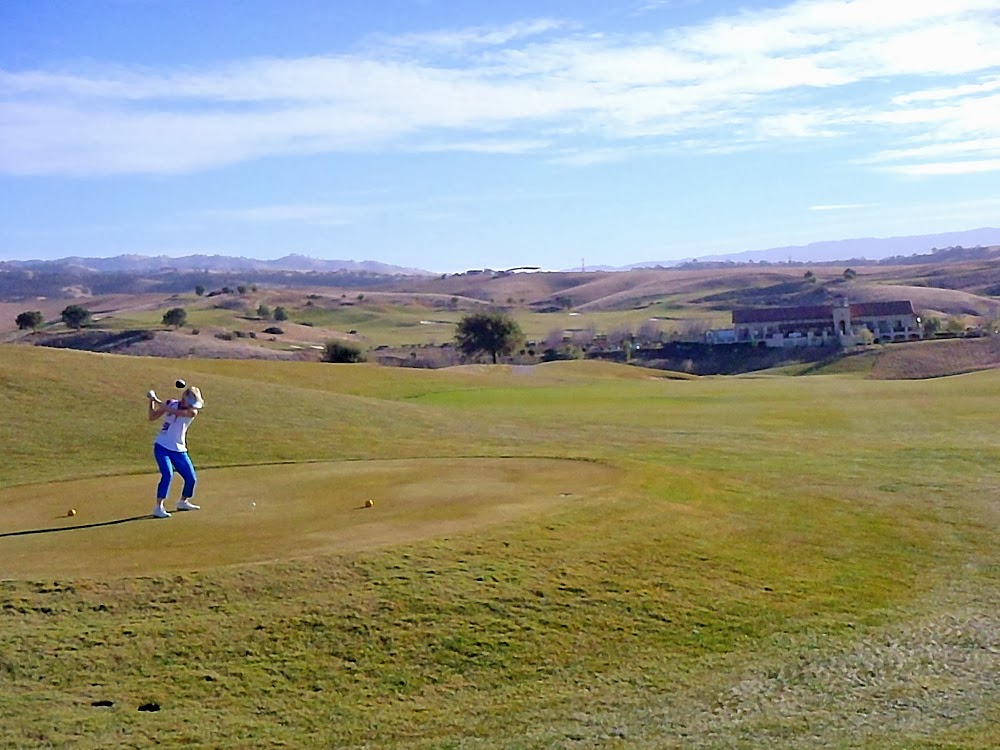 Probably as good a day as we've ever seen for an OGC opener at Poppy Ridge in January.

I've done worse on this course. The greens were dry, fast, and punitive.  I had a few pars, and a string of good holes, but with five snowmen on the scorecard, there is only so much one can reasonably expect for a final score.

Despite the scores, our team net was -15. Respectable. Unlike our individual scores.
Posted by mw at 9:23 PM