On this, the first anniversary of my sixth decade wandering this earthly vale of tears, an eclectic and interesting day. Starting with a...

Baked eggs, french style, prepared with butter, cream and herbes de provence prepared by my lovely wife. The eggs were themselves a birthday gift from golf buddy Rick, fresh from the free range chickens wandering in his back yard. A great start on the day.

Civic Duty:
Next up, a walk down to City Hall for a hearing of the Planning Commission on a long delayed, much needed Sharp Park Golf Course project.   On the walk down the hill, winding through EssEff neighborhood side streets and alleys, I passed by two young boys (3 and 5?) playing with a ball, supervised by their nanny.  The older boy looked at me as I walked by and announced "Old Man!" This actually happened. It's not a problem. I'm pretty sure no one will find the body.

The hearing was the latest skirmish in the on-going San Francisco Golf War. The WEBLEEDU Axis was well represented, but so were the good guys from the San Francisco Public Golf Alliance. I prepared some brief remarks, but they were not brief enough. At the 2 minute cutoff I was only about half way through what I wanted to say. Must talk faster.  Net net... a good day for the home team.  The commission voted unanimously to proceed with the project:

"San Francisco golfers won another round Thursday when the City Planning Commission agreed to move ahead with construction at the Sharp Park Golf Course, despite complaints from environmentalists. The commission rejected a call to require a full environmental impact report on the project, an expensive process that can take months to complete. Environmentalists contend the construction could harm the threatened California red-legged frogs and San Francisco garter snakes that live at the Pacifica golf course... The proposed work, however, is a limited and relatively simple project that affects less than one of Sharp Park's 417 acres, said Lisa Wayne, open space manager for the city's Recreation and Park Department, which runs the golf course. Much of the work, including clearing existing waterways and building a shallow, 1,600-square-foot pond, is designed to improve the habitat for the frogs. She also said no increase in pumping is planned. As part of a habitat improvement agreement with the federal government, "we're required to have that pond in by next year," she said. Building the pond and clearing brush and reeds that have grown up over the years will allow the frogs to get to the water to breed."

A small victory, but a victory nevertheless. And all victories should be celebrated: 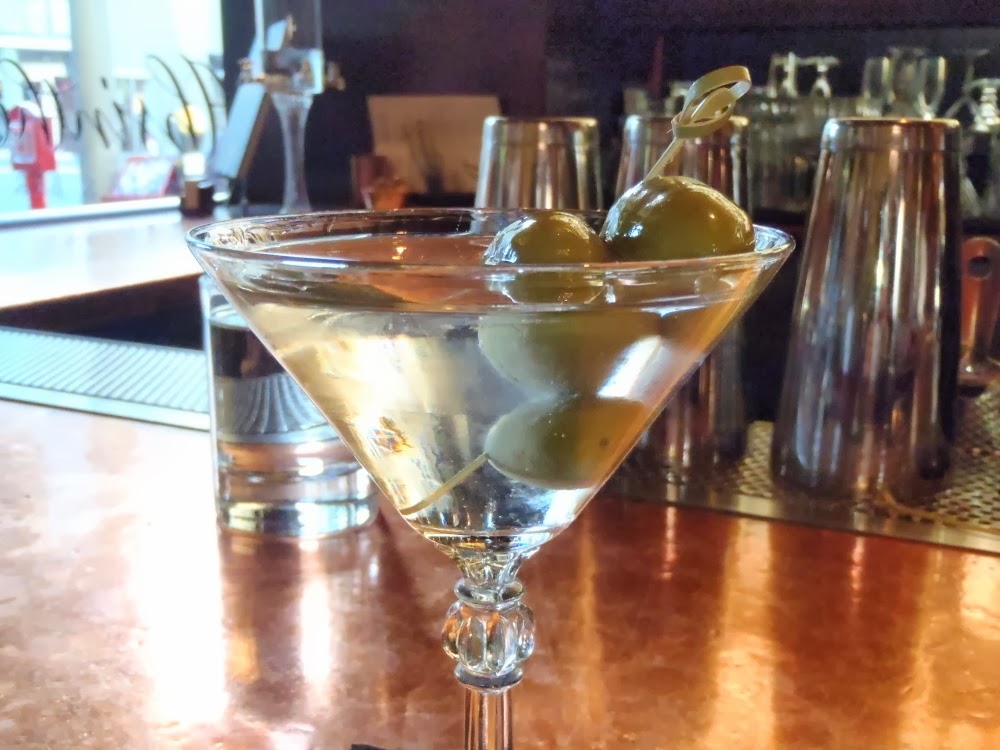 Our venue - Absinthe on Hayes, and by "lunch" I mean "lunch" in the grand tradition of the much maligned Carter era "Three Martini Lunch".

I can highly recommend both their Martini and Manhattan. However, I felt quite the slacker in the company of my literary drinking buddies - Bo Links, author of Follow the Wind and photographer Brad Knipstein, author of the just published "Alister MacKenzie's Legacy of Public Golf at Sharp Park": 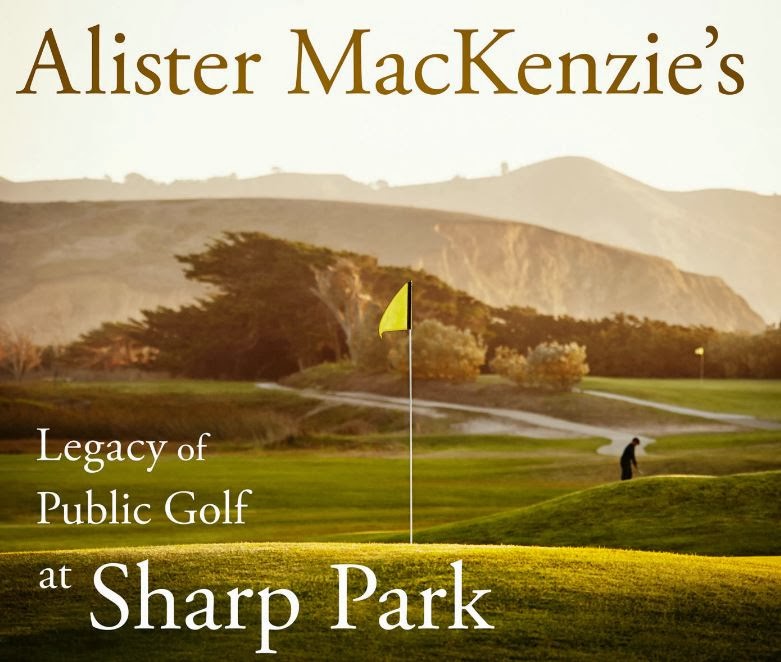 Had a chance to peruse the book over drinks. It's great. Can't wait to get my own copy. 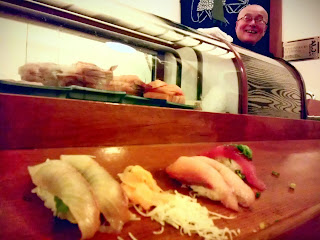 A small Richmond district neighborhood gem. Great traditional sushi, fun sushi chef, it's a real find. Definitely recommended, but not sure we'd put it above our long time favorite - Shimo's on Clement.

Sent from my Sprint HTC smartphone and subsequently updated with more pics and links.

Mike,
From one old man to another, glad I could contribute to your first anniversary breakfast.
Rick