Ab diving with Doug is different. 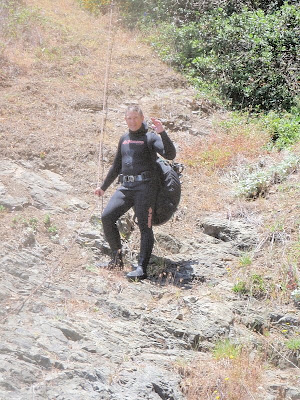 Doug asks "Have you ever dived around that rock?" "No." I reply. 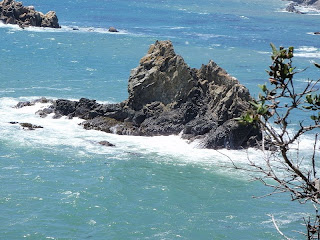 I think I may be ahead of myself. Lets start a little earlier. Doug and I arrived at the cove and were checking out conditions.... 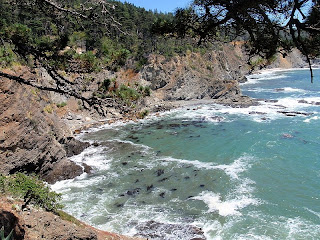 We were several hours after the low tide. Wave action was not bad, but an occasional big swell would hammer the cove. Watching one, Doug says "Those will be increasing this afternoon, and that's all we'll see the rest of the month."

A mud line in the water bisected the cove. On this side: brown water and no visibility. On the other side: bluish water, and better(but not great) visibility. "It'll take us five minutes to kick over to the rock. I'll meet you over there." By the time I got my gear on and in the water, he was diving the rock and had his first ab.

He was right. It took five minutes of easy kicking. But I am still ahead of myself.

Earlier in the day I arrived at Sea Ranch, grabbed my gear, and drove to Doug's place. My regular dive buddies had flaked out. Doug is a local, a trophy ab diver, and has been living, working and diving in the area for more than 20 years. He said he would dive with me. I am not sure why. Doug and his wife run a thriving business. He had two appointments before I arrived, and three scheduled after our dive. I had a beer and a nap scheduled after the dive. 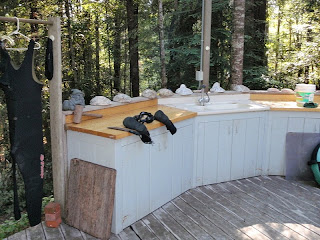 This is his Ab and fish cleaning station. It makes Zach's look somewhat... inadequate. 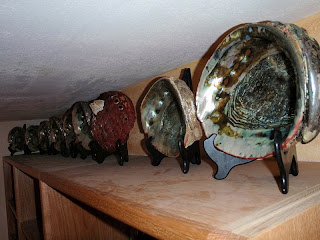 These are some of Doug's trophy 10" plus abs. 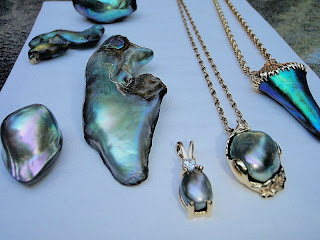 These are some of the abalone pearls he has found over the years. 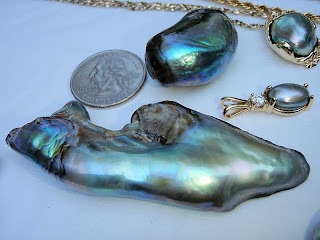 Turns out you have to carefully feel through the abalone guts to find these. God knows how many we have thrown away.

Anyway, back to the cove. Doug got his limit on 9" abs. He needed some for a family barbecue. Like me was looking for meat, not trophies. After getting his limit, he dove along a the base of the rock and came up saying he had never seen anything like this before. When a twenty year trophy ab diver says that, you take note. Now, I am not saying exactly what he saw, but I asked him to go back and take a picture with my Olympus Stylus 1030 SW. This is a picture of what he saw: 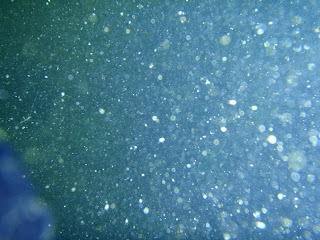 Well... more accurately, this is what happens if you take an underwater flash picture in very low visibility conditions. We'll need to come back for a proper photo in better conditions. 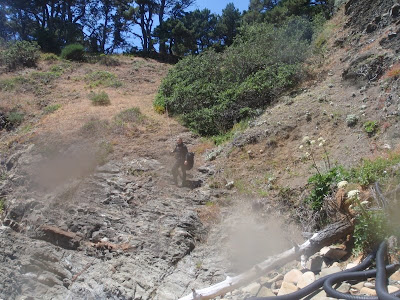 The big swells were hitting more frequently, so caution being the better part, we called it a day. Doug was back up the hill and off to his afternoon appointments. I was a bit more lesurely and enjoyed a apres dive Red Seal Ale. And a nap. It was a great dive, and I learned some useful new things about diving the cove.