Background
Last year my moribund little Facebook Abalone Page was discovered by the NZ and Tasmania Maori community. As I said then:

"I have this little FB page that I set up 2-3 years ago to post occasional pictures, videos and links about a favorite hobby - abalone diving. It's really just for the benefit of my dive buddies, friends and family. I've always had about 30-40 "likes", picking up another every now and then... Last week this happened. The page goes from 44 likes to 1,700 likes and from 6 impressions to 50,000 in one week thanks to an influx of visitors from down under! Not sure what to make of this. But now I am feeling like I need to entertain you all in some way. I won't be diving again for a couple of weeks. Maybe I'll post some recipes or something."

The common thread - we love picking and eating paua (aka abalone). Especially eating. Among the comments left by my new FB friends, I found many references to Creamed Paua as a favorite dish. Here's a sample suggestion from one visitor:

This was a new discovery. I'm always looking for new preparations for my favorite sea slug, and determined to give it a try.

Last weekend my brother and I picked our limit from a cove near Gualala, California: 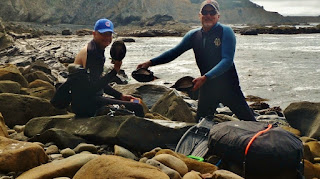 No time like the present to try out a new recipe.

Recipe
First step, clean up the catch. After popping from the shells, the abs are sliced into larger steaks and smaller pieces trimmed for sashimi and ceviche'. 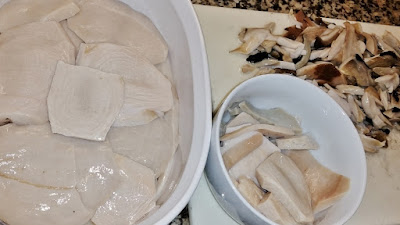 In the past, we discarded the trimmed pieces of black lip and darker meat around the foot. There is nothing wrong with that meat. it's just less aesthetically pleasing than the sliced and trimmed white meat steaks. I always thought throwing those scraps away to be wasteful, but didn't know what to do with them.  This time they're going into the creamed paua.

Next, research a range of recipe sources for this dish. We checked out Puna's Nannys, Cooks Classic, Nik's Kitchen, Uncle Jay, and, of course, our FB commenters. 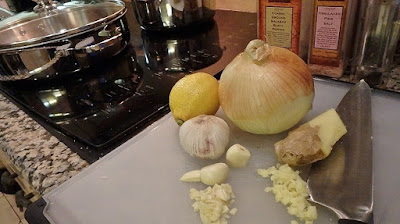 Every recipe starts with onions sauteed in butter. I added minced garlic and ginger. Ignore that lemon. I didn't use it. 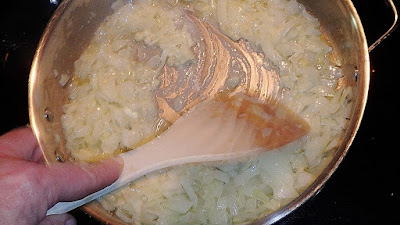 Some recipes say to caramelize the onions. Some not. I decided "not" and added dry sherry to keep the the onions white and soft. 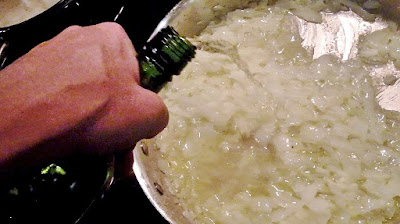 These paua trimmings and scraps were likely to be tough. Some of the recipes recommended "mincing" the paua. I don't have a mincer but do have a food processor, so in it went...

I ground the paua at a somewhat coarse texture. 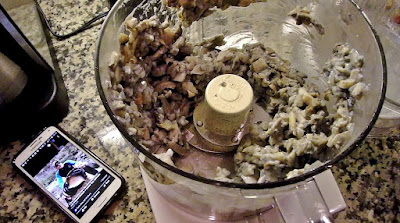 Then into the sauteed onions and butter...

Sauteed the paua with onions garlic and sherry for a while...

At this stage, some recipes call for adding milk, some for cream, some for coconut milk. I opted for all three: 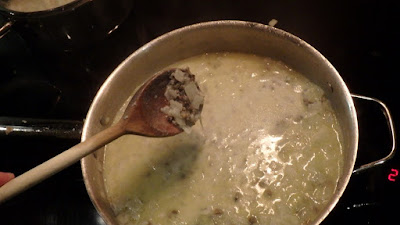 While reducing the creamed paua mix over low heat (about an hour), I prepared a pot of white rice. The traditional creamed paua presentation is served with fried bread, but I didn't feel like adding any additional experiments so just went with the rice. 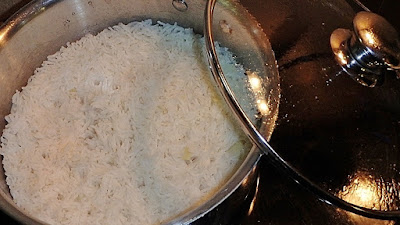 As the cream reduced, I added a little flour to thicken the gravy, but not sure it was needed. The sauce had already reduced nicely. As a last step, I added some chopped fresh cilantro for color and a note of flavor. 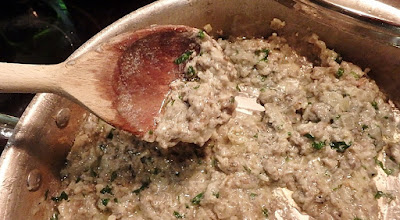 Review
Served over a bed of rice, accompanied by a side of abalone ceviche' and nice California chardonnay. 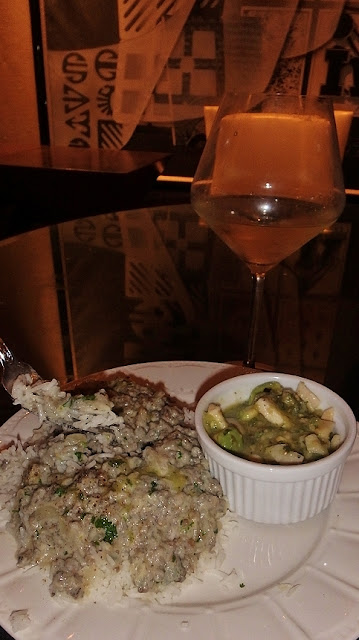 The picture really does not do this dish justice. I probably made enough for 2 to 3 servings, but ate it all myself in one sitting (my wife wasn't interested - her loss). It was really f*****g great.  Make no mistake. It's rich. With butter, cream, and abalone, what's not to like? Just don't forget to take your Lipitor for dessert.

Fresh abalone has a subtle flavor. I was afraid it might be overwhelmed by the coconut milk and cream, but the flavors balanced nicely. In some ways the abalone flavor comes through better than the traditional NorCal breaded and fried steaks.  The coconut and cilantro introduced a hint of sweetness and a Thai-like flavor to the dish that I really enjoyed. I resisted adding any hot chili sauce or peppers but the dish could probably stand up to them if administered with a light hand.

This is Tasmanian / Maori comfort food - filling, satisfying, delicious. To my taste, the texture and presentation invoked a Southern US staple - Biscuits & Gravy.  In fact, if served with traditional fried bread instead of rice, the comparison is even more apt. The flavor is distinctly different of course, but, like Biscuits & Gravy, I could see how growing up on Creamed Paua you would crave eating it your whole life.

Hey...  I had it for the first time a couple days ago and I am craving it again right now.